Please ensure Javascript is enabled for purposes of website accessibility
Log In Help Join The Motley Fool
Free Article Join Over 1 Million Premium Members And Get More In-Depth Stock Guidance and Research
By Chris Neiger – Dec 13, 2017 at 5:38AM

Sheesh, what a year.

Uber has had one heck of a year, in all of the worst ways. The company is in the midst of trade secret lawsuits, consumer protection lawsuits, and bans from cities. It's trying to fix its culture of sexism, had to apologize for covering up a massive customer data breach, and is still transitioning after investors forced out its founder and CEO, Travis Kalanick.

Here's how the tumultuous year played out for Uber. 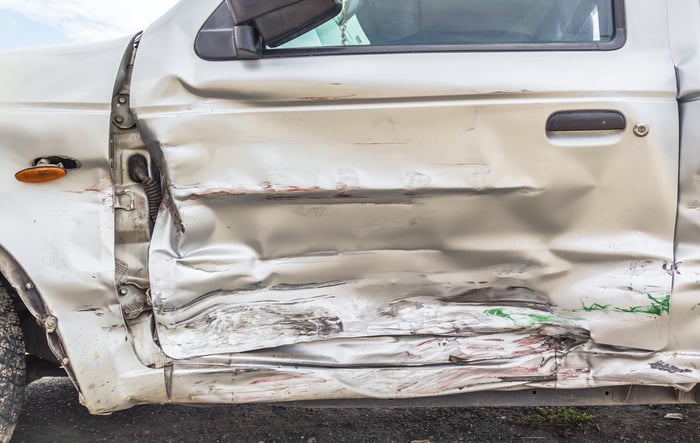 Uber kicked off its horrible year with a $20 million fine from the Federal Trade Commission (FTC) over claims that it exaggerated its earnings potential when recruiting new drivers. For example, the FTC said Uber claimed on its website that UberX drivers in New York City earned an annual median income of more than $90,000 when in actuality it was more like $61,000.

The company agreed to pay the fine and started to move on with 2017 when a former Uber engineer, Susan Fowler, published a blog post highlighting the company's seemingly pervasive problem with sexual harassment. That led to an internal investigation, and a few days later the company's senior vice president of engineering left the company, once it was discovered that employees at Google, his former company, had made sexual harassment claims against him.

That same month -- we're still in February, by the way -- Alphabet's (GOOG 2.70%) (GOOGL 2.62%) Waymo -- the newly spun-off self-driving company that used to be part of Google -- filed a lawsuit against Uber, claiming that a former Waymo employee misappropriated trade secrets relating to its autonomous-driving tech. That lawsuit is still ongoing.

Just days after that lawsuit was filed, then-Uber CEO Travis Kalanick was caught on film arguing with and belittling an Uber driver when he and the driver got into a heated debate over Uber fares. Kalanick issued an apology after the video went public.

OK, so that was January and February. The spring has to be better, right?

Not even a week after the video surfaced, The New York Times published an article showing that Uber had created fake versions of its app, known as "Greyball," which was used to deceive local government officials into thinking they were waiting for an Uber driver when they actually weren't.

Uber used its app to gather information about some of its users, and if it determined that they were local government officials or law enforcement, then the app essentially pretended to work but would show that no drivers were available in their area. The company took this move so it could operate in cities where the service may not have been approved.

Greyball set off a firestorm for the company that it's still dealing with today; major cities have considered kicking Uber out over its seemingly deceptive practices.

To top the spring months off, The Information reported (the article is behind a paywall) in March that Kalanick and five other Uber executives visited an escort bar while traveling in South Korea back in 2014. The article said an executive was present who felt uncomfortable with where they were, left the bar, and later reported the incident to the company's human resources. The article then alleges that Uber tried to keep the executive quiet about the incident in light of the current sexual harassment investigations the company was already facing. 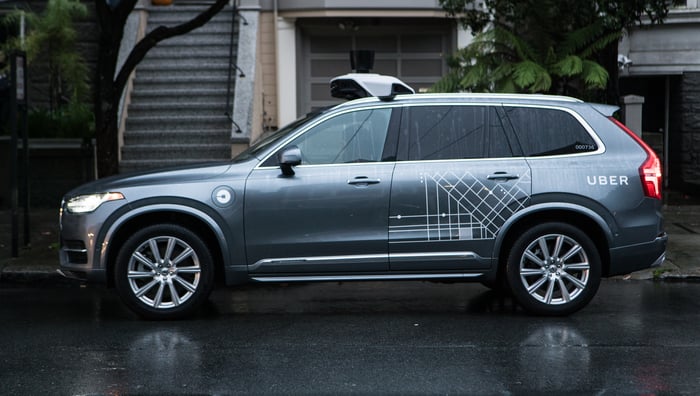 Uber kicked off the summer with a board meeting discussing the findings of its internal investigation into sexual harassment within the company. An Uber board member at the time, David Bonderman, made comments regarded as sexist during the meeting and ended up resigning two weeks later.

The company ended up firing 20 employees as a result of the investigation, and Kalanick decided to step away from the company for three months. That news came as Kalanick's mother had passed away and some assumed he would come back to lead the company, but a little more than a week later he resigned from the company, after Uber's biggest investors wrote a letter asking him to resign.

Uber then hired former Expedia CEO Dara Khosrowshahi to help turn around the company. That appears to have been a wise decision, but Uber's deep-seated problems have continued to surface even under new leadership.

In the fall, the Transport for London (TfL) -- London's highest transportation authority -- said it wouldn't renew the license for the company to operate in the city. The TfL cited Uber's Greyball software and other privacy concerns, saying in a statement, "TfL considers that Uber's approach and conduct demonstrate a lack of corporate responsibility in relation to a number of issues which have potential public safety and security implications."

That was a blow to the company, not just because London is a huge city, but also because it could set a precedent for other cities to shut down Uber as well. The company still functions somewhat in London, because a ban is difficult to enforce, but the move by the city was nonetheless another black eye for the ride-sharing company.

Then in November, it was revealed that hackers breached some of Uber's computer systems and had gotten access to the information of 57 million riders and drivers in 2016. All companies have data breaches, of course, but the big problem is that Uber didn't tell its customers or drivers about the breach and instead paid the hackers $100,000 to delete the data.

As a result of Uber's handling of that breach, several cities around the globe are looking into lawsuits against the company, and Washington's state attorney general has already filed a consumer protection lawsuit against Uber.

The only way to go is up?

Uber's new CEO appears to be trying to right the company, and Khosrowshahi said recently that the company plans on going public in 2019. Uber's revenue increased by 21% sequentially in its most recent quarter, but its losses also widened to $1.5 billion, up from $1.1 billion the previous quarter.

Going public more than a year from now should give Uber plenty of time to release any remaining skeletons in its closet, but in its current state this wouldn't be a company I'd want to invest in -- at least not until it proves it knows how to function in an ethical and transparent way, obey the laws, and treat its employees and customers with respect.

Should You Buy PayPal or This European Payment Company?