Toyota and Panasonic are studying the idea of a joint battery-making venture. Here's why it matters.

The companies have signed an agreement to begin studying the feasibility of mass-producing "prismatic" lithium-ion batteries for automotive use. Panasonic is a leader in making batteries for electric vehicles; perhaps most prominently, it's Tesla's (TSLA 1.24%) partner in the giant Gigafactory in Nevada.

Is Toyota trying to get a leg up on Tesla by cozying up to its battery maker? Here's a look at the deal, and what it might mean for the companies involved. 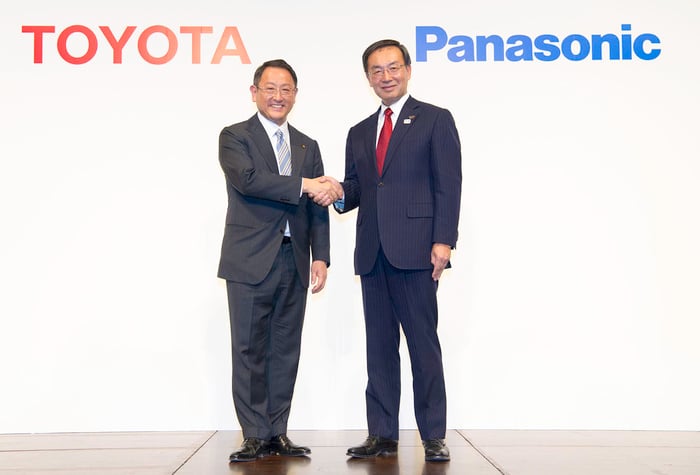 The deal, signed by the companies on Wednesday, is simply an agreement to explore the idea of formally collaborating on battery development and manufacturing. The goal, the companies said in a joint statement, is to make better, safer, and cheaper batteries that will encourage wider adoption of electrified vehicles:

Toyota and Panasonic recognize the importance that further advancements in battery performance, price and safety, as well as a stable supply capacity, will have on encouraging further popularization of electrified vehicles. Both companies will consider details of the collaboration with the aim of achieving the best automotive prismatic battery in the industry and, ultimately, contributing to the popularization of Toyota's and other automakers' electrified vehicles.

This isn't a new relationship; Toyota and Panasonic have worked together since 1953. Among other things, Panasonic already supplies the batteries for Toyota's hybrids and plug-in vehicles.

When and where would these batteries be made?

The companies didn't say. But Panasonic announced in September that it's planning to begin making prismatic lithium-ion batteries at an existing factory in the Japanese city of Himeji in March of 2020. It's possible that those batteries are destined for Toyota.

What are "prismatic" batteries?

Most investors who are interested in electric vehicles are familiar with the battery cells used by Tesla. The Silicon Valley automaker has used a few different types, but they have at least one thing in common: They're cylindrical cells, a bit bigger than common AA batteries. While prismatic batteries work much the same way, they're packaged differently, in thin rectangular boxes that are considerably larger than the cylindrical cells. Toyota uses prismatic lithium-ion batteries made by Panasonic in the plug-in versions of its Prius hybrid. 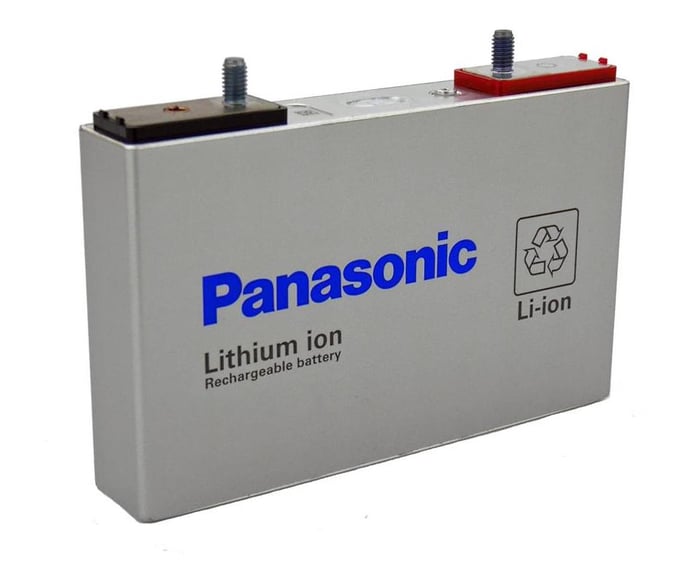 Each format has pros and cons. In a nutshell, cylindrical cells are cheaper to manufacture and tend to last a long time. Prismatic cells are lighter in weight than an equivalent number of cylindrical cells, and arguably easier for automotive engineers to package inside a vehicle, but tend to cost more and (at least with current technology) may not last as long as cylindrical cells.

What does Panasonic get out of this?

With this deal, Panasonic gets in on the ground floor of Toyota's electric-vehicle efforts. Given Toyota's massive global scale and production volumes, that's likely to be a very big business in time. A deal that results from this arrangement would probably include some cost-sharing provisions, in which Toyota helps fund Panasonic's manufacturing capacity.

Panasonic is already the world's largest supplier of electric-vehicle batteries, thanks largely to its relationship with Tesla. From a broader perspective, a deal with Toyota would help reinforce that leading position, while diversifying its client base away from the Silicon Valley automaker.

What does Toyota get out of this?

Toyota is a little late to the battery-electric vehicle party, having chosen to focus its efforts on electric vehicles powered by hydrogen fuel cells. It's now moving to catch up, and while it hasn't announced specifics, it almost certainly has big plans. If the "feasibility study" results in a partnership, that will (presumably) give Toyota a locked-in supply of battery cells at an agreed-on price, from a partner it knows it can count on. That in turn will help it plan the launch of its upcoming line of electric vehicles.

What does it mean for Tesla?

A deal between Panasonic and Toyota is unlikely to have a direct impact on Tesla. But the fact that something like this is in the works should put Tesla (and its investors) on notice: Another of the world's largest automakers is laying the groundwork for its own line of electric vehicles. Competition is coming.