Would a prepayment by any other name earn as many political points?

We already knew Apple's (AAPL -1.31%) marketing department was good, but not this good. The Mac maker is known for making consumers feel like they need a new product before they ever even knew they wanted it. What if the company has just expanded this expertise into the political arena?

In May, Apple announced in an exclusive interview with CNBC's Jim Cramer that it was creating a $1 billion Advanced Manufacturing Fund, whose primary purpose would be to invest in domestic job creation. This was amid an environment of rising economic nationalism and increased political pressure to create jobs in the U.S. after outsourcing so many abroad. However, it's starting to look like the awards that Apple is doling out from this Advanced Manufacturing Fund are really just prepayments in disguise. 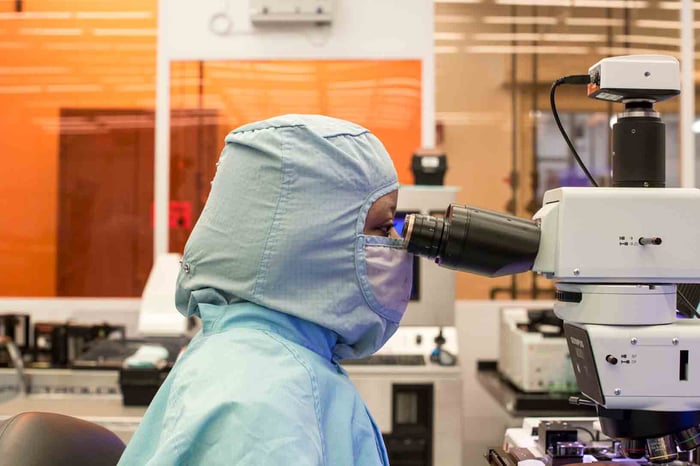 Apple has long utilized prepayments to secure long-term supply agreements with component vendors. The company's supply chain is so massive that doing so helps reduce risk and creates visibility with critical components that Apple might need years later. In exchange for reducing supply-chain risk, Apple does assume some credit risk associated with these prepayments. If a supplier fails to execute, it then owes Apple a refund, and at times this can be quite a bit of money. (These are separate from purchase commitments, which are off-balance-sheet commitments that Apple has not already paid for.)

The company used to even disclose the total outstanding amount in prepayments that it had sent to suppliers, but stopped providing investors with this metric in 2013. At last disclosed count (June 2013), Apple had $3.3 billion of inventory component prepayments outstanding, and Apple's business has grown substantially since then. Simply put, prepayments to suppliers are business as usual.

$1 billion is a drop in the bucket

Following some confusion regarding the most recent disbursement to Finisar from the Advanced Manufacturing Fund, it's increasingly looking like the fund's "awards" are really just mere prepayments for critical components. The optical component specialist said that the money "represents anticipated future business between the companies over a period of time."

If that's the case, then you could arguably think of the Advanced Manufacturing Fund as a marketing vehicle for an esoteric part of Apple's operations, one that serves political purposes and may have other strategic benefits. In the case of Finisar, Apple's prepayment is helping accelerate the supplier's ramp for 3D-sensing components while locking down the resulting supply.

Apple spent a whopping $50 billion in the U.S. last year with domestic suppliers and manufacturers, so $1 billion is really just a drop in the bucket. Furthermore, COO Jeff Williams told CNBC's Josh Lipton this week that the $1 billion wasn't even a hard limit, but more of a starting point. "We're not thinking in terms of a fund limit," Williams said.

It's also not as if Apple is under any binding obligation to use up the whole $1 billion, but will probably easily do so given how much it already spends in the U.S. Between the two awards thus far, Apple has now allocated $590 million from the Advanced Manufacturing Fund. (It's not clear how the award to Corning was structured, as that one got far less attention.)

Rather, it's important to recognize whether this is truly a new initiative, or just a sort of rebranding of a normal part of Apple's business. It could be a little bit of both.