Please ensure Javascript is enabled for purposes of website accessibility
Log In Help Join The Motley Fool
Free Article Join Over 1 Million Premium Members And Get More In-Depth Stock Guidance and Research
By Asit Sharma - Dec 14, 2017 at 9:56AM

Shareholders took issue with the company's momentum as it looks to close out a successful year.

The stock fell 16% after Trade Desk announced third-quarter 2017 earnings on Nov. 9. Revenue increased 50% to $79.4 million, and more impressively, net income of $10.2 million nearly tripled the prior-year quarter's bottom line. However, shares dropped because the company projected fourth-quarter revenue of $101 million, which effectively increased the full-year revenue projection by only $3 million, from $303 million to $306 million. Similarly, Trade Desk projected fourth-quarter EBITDA of $34 million, which nudged the expected full-year EBITDA target from $88 million to $90 million.

The company's guidance disappointed investors because -- as my colleague Rick Munarriz pointed out -- a third quarter that exceeded expectations on both revenue and EBITDA means that Trade Desk is effectively lowering its implied fourth-quarter outlook, given the modest full-year adjustments.

Despite investors' reaction, which was focused squarely on the short term, management shared several positive developments in the company's business. For the first time, mobile (defined as mobile web, mobile video, and in-app content) reached 40% of total ad spend. CEO Jeff Green noted that mobile has grown 140% over the last year, and is the fastest scaled channel the company has ever experienced. This is important as it indicates that Trade Desk is capturing market share where the programmatic ad industry is growing fastest.

Green also discussed the company's first acquisition, the purchase of Adbrain, a small 20-employee company offering a "cross-device technology that stitches together activities of the same user from all of their devices." Adbrain will help Trade Desk offer more targeted ad opportunities to its customer base, and the company expects the acquisition to positively impact earnings in the back half of 2018. 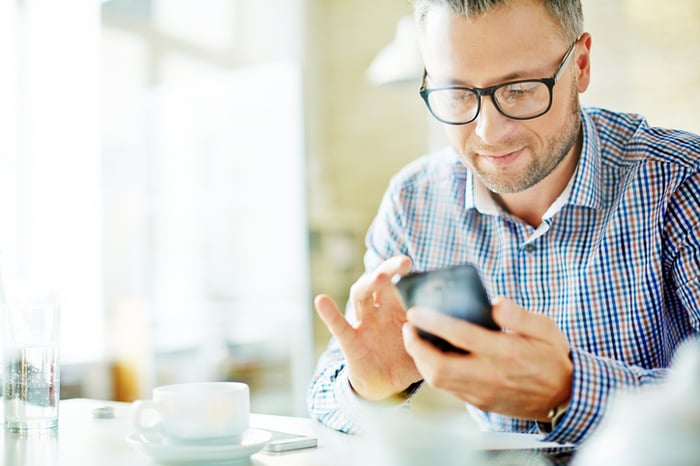 It's not too surprising that the first sign of moderation in Trade Desk's torrid growth sparked a sell-off. Before November, Trade Desk traded at nearly 45 times forward earnings. At the time of this writing, shares trade at a more modest 34 times forward earnings. Looking ahead, for those worried about the very short term, Trade Desk stock may remain volatile until the company discusses full-year 2018 earnings expectations early next year. But for investors with a longer horizon, the company remains an intriguing play in the programmatic advertising space.

Why The Trade Desk Stock Is a Buy Despite High Inflation