These companies offer the fat payouts income investors love, but all too often, extra-high yields are a danger signal.

Income investors naturally gravitate toward dividend stocks with high yields. However, just because a stock offers a big payout doesn't automatically make it a smart buy. In fact, more often than not, a high yield can actually serve as a warning sign.

So are there any high yield stocks that are worth buying today? To answer that question, let's put the 10 highest-yielding stocks today in the S&P 500 to the test.

Data source: Finviz, as of December 8, 2017. This list excludes REITs and MLPs.

The first metric that I look at when I'm judging a dividend stock is the company's payout ratio. This is calculated by dividing the company's last four quarters of net income by its dividend payment. While this metric has its flaws, it does give investors a quick way to gauge whether or not a company can afford its dividend. 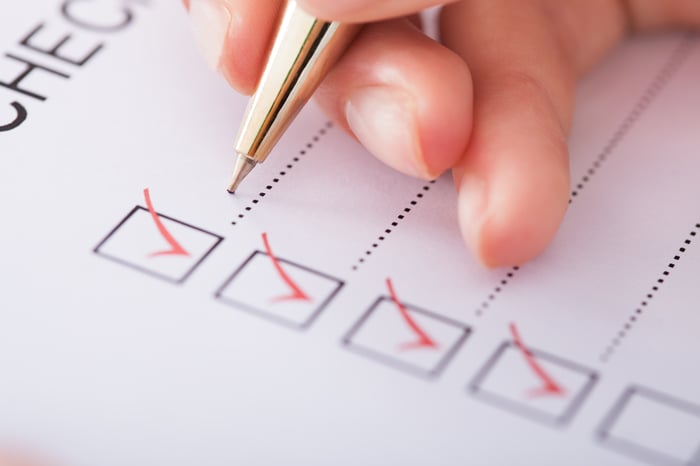 As a general rule, I get nervous when I see this ratio exceed 80%. Anything over 100% is even more dubious, because it means the company is paying out more in dividends than it is earning. That's not sustainable for long.

Here's how these 10 companies stack up on payout ratio:

Table source: Yahoo! Finance. N/M = not available; these companies reported losses over the past 12 months.

Right off the bat, we can eliminate several companies from contention as potential portfolio additions. Frontier Communication and Helmerich & Payne are currently losing money, which I find troubling. CenturyLink's payout ratio of 372% is also highly suspect. I think the smart move is to pass on these stocks.

AT&T and Seagate Technology sport payout ratios above 90%. That tells me that they are likely safe for now, but if the companies hit a rough patch, those dividends could be on the chopping block. However, given that they exceed my 80% threshold, I would exclude them from further consideration.

Once I've found a company with a sustainable payout ratio, I next turn my attention to its growth potential. My view is that dividend stocks are only attractive if they have the ability to increase their payout to shareholders over time. You can't do that without a growing profit stream.

How can we quickly get a sense of a company's growth potential? One method is to look at its historic rate of growth, and its projected growth rate over the next five years.

Here's a look at how the five remaining companies compare:

Once again, a simple test helps us to refine our list even further.

Navient's net income has been under pressure over the last few years, which isn't a good sign. What's more, profits are expected to continue declining over the next five years, which could be related to an ongoing lawsuit that accuses it of predatory lending practices. That provides me with enough reason to steer clear.

Turning to Ford, the company's earnings growth over the last few years has been decent, but nothing spectacular. However, analysts are expecting profits to head downhill over the next few years, based on the widespread opinion that we have passed peak auto sales. Factor in the period of disruption the auto industry is heading into right now, and I think the stock is also worth avoiding. 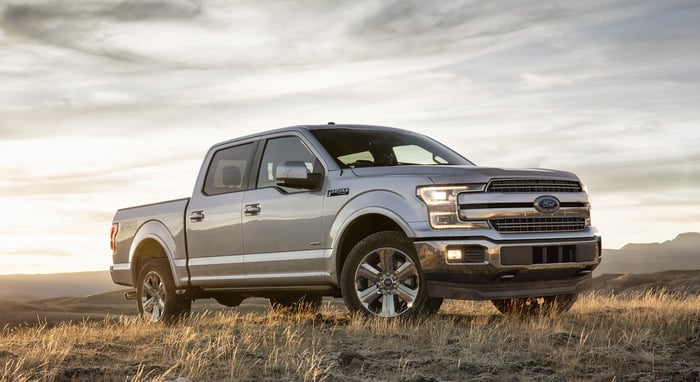 Verizon Communications is a tougher call. Its payout ratio is low, and it has grown profits at a healthy pace recently. However, market watchers expect Verizon's net income growth to be anemic over the next few years, which makes sense given that T-Mobile continues to woo away its customers. While I don't think this is a bad investment, I'd rather skip Verizon in favor of something that promises faster growth.

That brings us to SCANA. This utility offers a strong yield, modest payout ratio, and mid-single-digit growth potential. The fly in the ointment here is that is the company is involved in a messy situation because it recently decided to abandon construction of two extremely costly nuclear reactors. The fallout from that decision forced the company to promise rate reductions to customers, and led to the departure of its CEO and COO. Given the complexities, I think it makes sense to take a pass on SCANA.

That leaves us with Macy's, which might give some investors pause since its profits have dropped considerably over the last few years. The wave of store closures and falling comps it has endured isn't surprising given the current state of retail. However, there are a few positive signs right now that the department store chain could be turning the ship around.

First, the company is investing heavily in its e-commerce channel. Second, Macy's is rolling out a new loyalty program that could increase customer visits. Third, it owns a lot of valuable property that the market isn't fully valuing. Finally, the carnage in the retail sector could allow the company to capture market share in the long run once the current wave of bankruptcies subsides.

Add it all up, and Wall Street believes that Macy's profits will grow in excess of 18% annually over the next few years. Throw in a sustainable dividend yield of 5.9% and you can see why Macy's is the only stock on this list that I think is worth considering.