Softbank (OTC:SFTB.Y), one of the biggest telcos in the world, doesn't initially seem like a high-growth investment. The Japanese company -- which also owns the majority of Sprint (NYSE:S) -- is expected to post 6% sales growth this year.

Meanwhile, its earnings could fall over 70% on tough competition in the domestic telco market, the weakness of Sprint, and higher investments in adjacent markets. Nevertheless, I recently started a position in Softbank for four simple reasons. 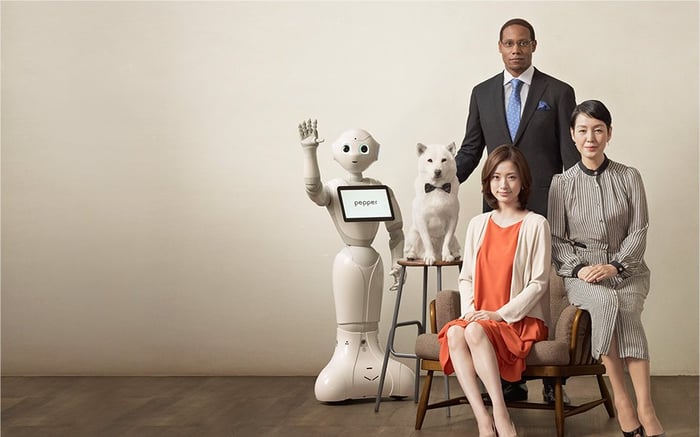 1. It's one of the safest plays on Japan

After decades of economic stagnation and deflation after the market crash of 1992, the Japanese economy finally rebounded under Prime Minister Shinzo Abe's introduction of negative interest rates, radical quantitative easing, and reflation plans to devalue the yen and spur domestic and overseas investments.

The OECD recently estimated that Japan would generate real economic growth of 1.2% in 2018, a 0.2% jump from its previous forecast in June. In response, the Nikkei hit historic highs, and attracted the attention of international investors who had previously ignored Japanese stocks.

As one of Japan's largest telcos and its fourth largest publicly traded company, Softbank represents a conservative way to gain exposure to the Japanese market.

2. It's much more than a telecom company

However, Softbank is much more than a telecom company. The real attraction is its $100 billion tech-focused Vision Fund, which is backed by $28 billion of Softbank's own cash, about $60 billion from Saudi Arabia and Abu Dhabi's wealth funds, and other big investors like Apple, Qualcomm, Foxconn, and Larry Ellison's family office.

Softbank earns up to 1% in management fees from the fund, along with hefty performance-based fees. Analysts estimate that those fees could boost Softbank's annual operating profits by 7%.

On its own, Softbank owns chip designer ARM Holdings (which the fund also holds a stake in), a 30% stake in Chinese e-commerce giant Alibaba (NYSE:BABA), and a $5 billion stake in Didi Chuxing, China's top ride-hailing service. Softbank is also trying to buy a big stake in Uber at a steep discount.

Simply put, Softbank is investing heavily in a wide range of future technologies, which throttles its short-term earnings growth but could pay off handsomely over the next few decades. That's why Bernstein analyst Chris Lane recently called Softbank a "tech-focused Berkshire Hathaway."

If Softbank is Berkshire Hathaway, than CEO Masayoshi Son is its equivalent of Warren Buffett. Son has stated that his goal is to "shake up the world" with his company's investments in artificial intelligence, ARM's power-efficient chips, satellite technologies, and other markets, which could drive the "information revolution" of the future. That type of long-term thinking is arguably rare among CEOs, especially in the telecom industry.

4. It's trading at a steep discount to its net asset value

Softbank's complex business model of telcos and investments makes it tough to value. However, many analysts believe that the stock is trading at more than a 50% discount to its net asset value (NAV).

Back in mid-October, when Softbank was trading about 7% higher than its current price, Jefferies analyst Atul Goyal stated that the stock was trading at a 52% discount to its NAV, excluding investments in unlisted companies like Didi Chuxing and ARM Holdings. Goyal noted that if those investments were included, the "NAV will be even higher."

Goyal expects Softbank's Tokyo-listed shares to hit 14,100 yen ($124) within the next 12 months -- which would represent a 50% rally from its current levels. Softbank's trailing P/E of 14 also doesn't look expensive relative to the industry average of 22 for telecom companies.

Softbank's earnings growth might seem wobbly with a near-70% drop this year, but analysts also expect its earnings to rebound nearly 90% next year on cost cutting efforts at Sprint and a cooldown in its investments.

Softbank's critics will likely claim that its issues at Sprint won't be resolved easily, especially after its failed attempt to merge the company with T-Mobile US; that its domestic telco business remains weak; and that its debt load of 11.2 trillion yen ($98.9 billion) looks high relative to its 2.6 trillion yen ($22.6 billion) in adjusted EBITDA last year.

Nonetheless, I still think Softbank is an intriguing long-term play on future technologies. I wouldn't recommend it as a core holding, but I think it's a great way to simultaneously gain exposure to the Japanese market, leading growth plays like Alibaba and NVIDIA, and next-gen technologies like AI and cloud-based services.