Please ensure Javascript is enabled for purposes of website accessibility
Log In Help Join The Motley Fool
Free Article Join Over 1 Million Premium Members And Get More In-Depth Stock Guidance and Research
By Rich Smith - Updated Dec 15, 2017 at 11:06AM

An analyst says Fitbit needs 40% margins and 15% growth to profit, but it has neither.

Shares of wearable fitness tracker company Fitbit (FIT) dropped more than 11% in early Friday trading, before clawing their way back to "only" an 8.5% loss as of 10:40 a.m. EST. You can thank investment banker Stifel Nicolaus for this.

Early this morning, Stifel Nicolaus downgraded Fitbit stock from hold to sell and cast cold water on faint hopes that the company can turn profitable again. 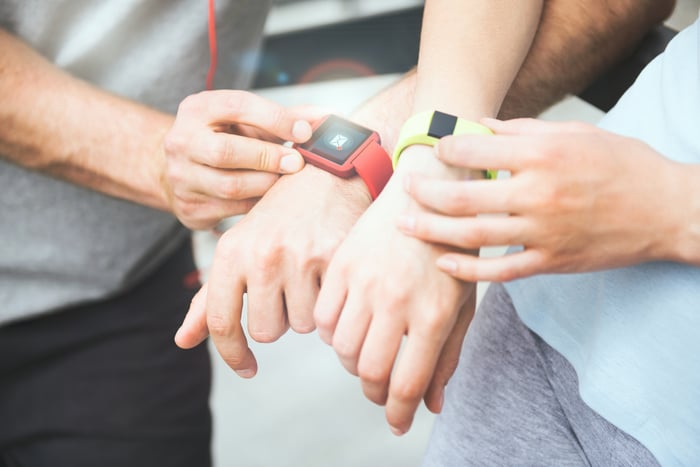 What made the analyst say this? Here's the thesis in a nutshell: According to Stifel Nicolaus, "at mid-40s gross margin," for Fitbit to return to a "breakeven operating margin would necessitate a return to mid-teens revenue growth in 2018."

But here's the thing (actually, two things). Fitbit isn't earning "mid-40s gross margin." Rather, S&P Global Market Intelligence data shows that margins have been in the low 40s for the past two quarters, while its trailing-12-month gross profit margin is averaging closer to 36%.

As for revenue growth, we're seeing none of it this year. Instead, sales are down 35% year to date. True, growth is expected to return next year, but most analysts see Fitbit sales growing only about 6% in 2018 and only 5% in 2019. That's a quite a ways short of "mid-teens revenue growth."

With no profits and no free cash flow to its credit, Stifel Nicolaus sees Fitbit stock as worth no more than $6 a share -- 12% below what it cost before trading began this morning. At one point, it was down almost all the way to Stifel's price target before rebounding.

But unless Fitbit moves fast to prove Stifel Nicolaus wrong -- either by showing better-than-expected sales growth, improved profit margins, or both -- this rebound won't last for long.