Del Taco and Popeyes seem poised to steal a ton of Chipotle customers over the next few years.

I wouldn't bet on Chipotle making a comeback from these multi-year lows. Instead, you should look at Restaurant Brands International (QSR -0.73%) and Del Taco Restaurants (TACO) -- both of whom are quite capable of beating Chipotle at its own game of affordable, high-quality food services. 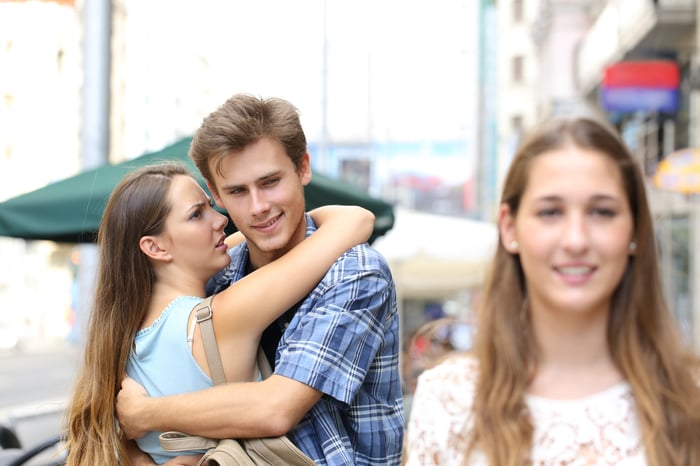 Cajun shrimp and chicken, anyone?

Restaurant Brands was born from the combination of Burger King and Tim Hortons. The American burger chain and the Canadian doughnut shop still account for 94% of the company's total quarterly sales, but neither one of those operations poses much of a direct threat to Chipotle.

Recently acquired cajun quick-service chain Popeyes, however, can be a big thorn in Chipotle's side.

Popeyes' New Orleans-style shrimp and chicken dishes provide another flavorful option for diners on a budget, fully in class with Chipotle's Mexican fare. The chain's chosen cuisine is of a less common style than the Tex-Mex food Chipotle serves, making the brand stand out as a unique dining option.

And Popeyes is off to a running start under Restaurant Brands' management. Third-quarter sales rose 6.3% year over year, while the segment's adjusted EBITDA profits surged 43% higher. The chain already sports more than 2,600 locations, but Restaurant Brands' deep pockets should help Popeyes expand much faster in the near future.

Meanwhile, shares of Restaurant Brands are trading at a reasonable valuation of 23 times forward earnings. The stock is on a roll, based on tremendous business results. And the new ownership structure is pushing Popeyes into the mainstream in a whole new way.

Chipotle should be shaking in its cilantro-dusted boots.

The newcomer with more than 50 years of history

So this is a head-to-head rivalry, with a few interesting twists.

The stock trades at 21 times forward earnings, versus 33 times for Chipotle. It's also conspicuously affordable from a price-to-sales or price-to-free cash flow point of view. Buying Del Taco today is a lot like getting into Chipotle before that brand become a national treasure -- only with decades of additional operating experience under its belt.