Please ensure Javascript is enabled for purposes of website accessibility
Log In Help Join The Motley Fool
Free Article Join Over 1 Million Premium Members And Get More In-Depth Stock Guidance and Research
By Matthew DiLallo - Dec 18, 2017 at 11:32AM

These three pipeline stocks pull in more than $1 billion in free cash flow each year.

The U.S. has the largest energy pipeline system in the world, boasting a stunning 2.4 million miles of pipe. The companies that control these energy toll roads make a mint each year as they ensure that we get a steady supply of gasoline to fill our cars and natural gas to heat our homes. In fact, several of them pull in more than $1 billion in free cash flow each year, including ONEOK (OKE -1.12%), Williams Partners (NYSE: WPZ) and Plains All American Pipeline (PAA -1.21%), giving them plenty of money to pay dividends to investors.

ONEOK currently controls a 38,000-mile network of primarily natural gas and natural gas liquids (NGLs) pipelines, mainly in the central part of the country. The company typically gets paid a fee as volumes flow through those lines as well as its processing plants and storage facilities, with about 90% of its earnings coming from stable fee-generating sources. Those assets are like a printing press of cash flow for the company, with it expecting to pull in between $1.28 billion to $1.44 billion in distributable cash flow (DCF) this year, which is money it could send to investors via dividends. 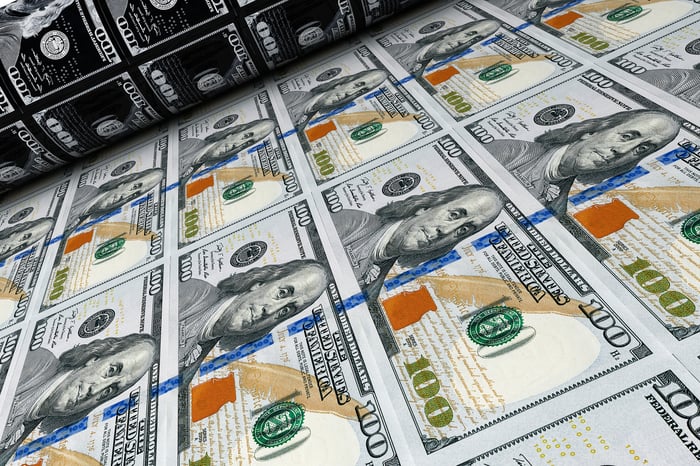 ONEOK typically sends more than 70% of its DCF to investors via its 5.7% yielding dividend. The company retains the rest to help finance growth projects, which should expand cash flow so that ONEOK can grow its already generous dividend by 9% to 11% per year through 2021. That growth potential, when combined with ONEOK's current yield, could make it a gold mine for dividend investors.

Williams Partners is one of the largest natural gas pipeline companies in the country, operating more than 33,000 miles of pipeline. That network, along with Williams' other assets, generate very predictable cash flow since nearly 97% of its earnings comes from fee-based contracts. Those fees add up, with Williams Partners expected to mint between $2.6 billion to $2.8 billion in DCF this year.

Williams plans on distributing about $2.3 billion of that money to investors this year via its 7%-yielding payout. Meanwhile, it intends on using the cash it retains, plus money from other sources, to continue expanding its pipeline network, including investing $4.2 billion over the next three years to grow its crown jewel Transco system, which transports gas along the east coast from New York City to Texas. Those expansion projects should steadily increase cash flow, positioning Williams Partners to raise its distribution by 5% to 7% annually for the next several years. 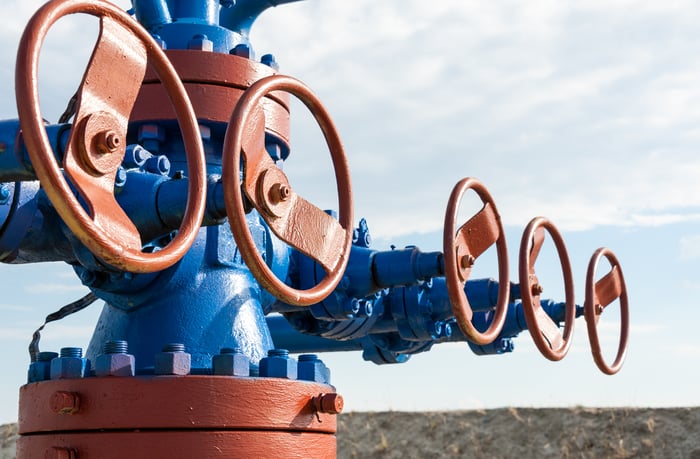 Getting ready to reopen the spigots

Plains All American Pipelines currently operates about 20,000 miles of pipeline, most of which transport crude oil across the states. Like both ONEOK and Williams, customers typically sign fee-based contracts to ship oil and gas across its pipelines, which enables Plains to generate predictable cash flow. Overall, the company expects to produce about $1.33 billion in DCF this year.

Plains used to distribute all its cash to investors each year, but it ran into some financial trouble during the oil market downturn. Because of that, the company had to reduce the flow heading back to investors, so it would free up money to pay down debt and finance expansion projects. That said, the company currently expects to finish its turnaround plan in early 2019. Once it hits that turning point, it should be able to open the taps once again. Though, income-seekers still get paid well to wait considering that Plains All American Pipeline yields an appealing 5.9% at the moment.

Making a mint by collecting tolls

Oil and gas pipelines are the toll roads of the energy industry, enabling pipeline companies to collect steady fees as volumes flow through their systems. Given the amount of energy this country consumes, those fees can add up, enabling pipeline companies to produce a gusher of cash flow each year. That gives them plenty of money to send back to investors, which is why pipeline stocks are great options for income-seekers to consider.