The microblogging service gets a bullish vote from Wall Street, while attempting (again) to crack down on hate on its platform.

Twitter (TWTR 2.25%) is kicking off the week with a bang, with shares popping in the wake of an analyst upgrade. Meanwhile, the company is also beginning to enforce new rules that it announced last month in a renewed effort to crack down on widespread abuse and harassment on its platform. 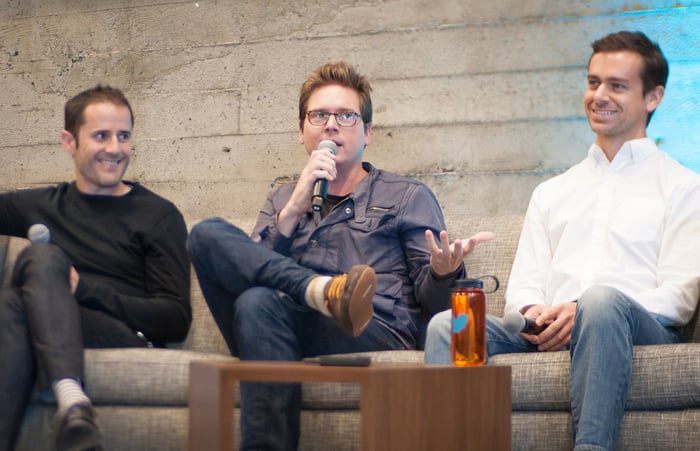 Time for advertisers to re-engage?

JPMorgan analyst Doug Anmuth upgraded his rating on Twitter this morning from neutral to overweight, according to Tech Trader Daily, while also boosting his price target on shares from $20 to $27. The analyst even went as far as calling it one of the bank's top plays among small caps and mid caps for investors in 2018.

Anmuth is encouraged by Twitter's product improvements over the past year and a half that are helping to drive engagement, as evidenced by daily active user (DAU) growth. The company has enjoyed double-digit DAU growth over the past four quarters, Anmuth points out. The analyst is confident that Twitter will be able to monetize this usage in short order, modeling for 8.6% ad revenue growth in 2018 (up from a prior estimate of 5.5% ad revenue growth). 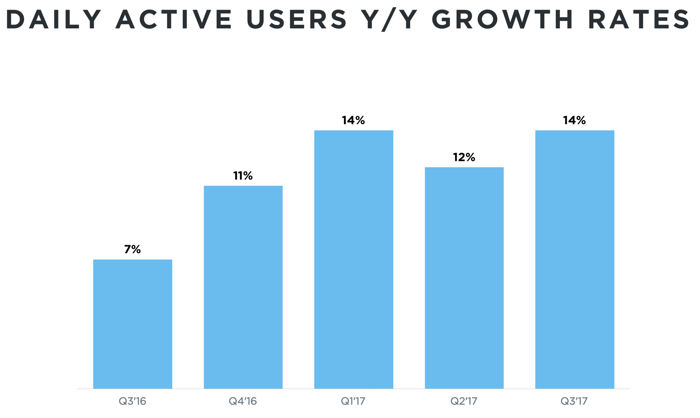 Meanwhile, Twitter continues to bet big on video, and has inked numerous partnerships recently to bolster the amount of content that is live-streamed on the platform, including in genres like news, sports, and entertainment. Overall, all of these trends contribute to advertisers "re-engaging more with Twitter's platform."

Speaking of user growth and engagement, Twitter is making its latest effort to address harassment. To the extent that Twitter is successful -- and there's good reason to be skeptical, given Twitter's history -- growth and engagement could benefit. In 2015, former CEO Dick Costolo famously wrote in an internal email (emphasis added):

We suck at dealing with abuse and trolls on the platform and we've sucked at it for years. It's no secret and the rest of the world talks about it every day. We lose core user after core user by not addressing simple trolling issues that they face every day.

The new rules regarding threats of violence of promoting "serious physical harm, death, or disease to an individual or group of people" expand to include accounts that are associated with organizations, and content that glorifies violence or perpetrators of violence. Twitter is broadening its hateful conduct policy to now include profile information, and hateful imagery will now be classified as "sensitive media."

Today, we are starting to enforce updates to the Twitter Rules and media policy to reduce hateful conduct and abusive behavior https://t.co/yNHAMFcVwG

Twitter says it considers "newsworthiness" and whether or not a tweet is "of public interest" when evaluating reports of abuse and harassment.

If Twitter is starting to actually take harassment on its platform seriously, it could potentially maintain the momentum it has built with DAU growth. Hopefully, the company will follow through this time.