Acquisitions have helped fuel the aerospace supplier's overall growth this year, but the company's organic growth is truly impressive.

Heico Corporation (HEI -0.11%) continues to be one of the best-performing industrial companies on the market, riding increasing aerospace spending and shrewd acquisitions to record-high revenue. And it doesn't look like the company is going to slow down heading into 2018.

Fiscal fourth-quarter 2017 results were released after the market closed on Monday and showed incredible growth across the board. Here's a look at the highlights, which didn't have many flaws for investors. 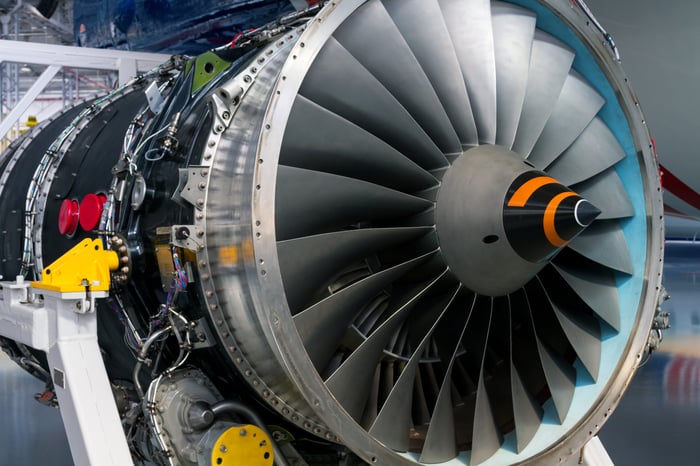 What happened with Heico Corporation this quarter?

Acquisitions helped Heico grow in the fiscal fourth quarter, but organic growth is picking up as well. Here are the sector highlights.

Heico's great results don't look like they'll be slowing down anytime soon. In the press release, management said this about 2018:

Based on our current economic visibility, we are estimating 10%-12% growth in full year net sales and in full year net income over fiscal 2017 levels. We anticipate our fiscal year 2018 consolidated operating margin to approximate 20%...

Not only does Heico have tailwinds from increased demand from the aerospace and defense industries, the company is executing on acquisitions nearly flawlessly. That's a trend that's continued for decades now, and I see no sign of it ending, even if we shouldn't expect near-double-digit organic growth to continue forever.