Disney's latest move comes amidst a changing paradigm in consumer behavior and in direct response to the growing threat posed by streaming television.

There's no question that the advent of streaming changed the television landscape. When Netflix (NFLX 1.90%) introduced the concept 10 years ago, few could have predicted the ripple effect that would result from internet-delivered programming.

After weeks of speculation, the news was confirmed on Dec. 14 that The Walt Disney Company (DIS 2.28%) would acquire Twenty-First Century Fox (FOX) (FOXA), including its film and television studios, in a deal valued at $52.4 billion. Fox would first spin off its Fox Broadcasting network and stations, Fox News, and Fox Business, as well as sports channels FS1, FS2, and the Big Ten Network.

The catalyst for the megadeal can be traced to the advent of streaming television and the evolution of consumer behavior. 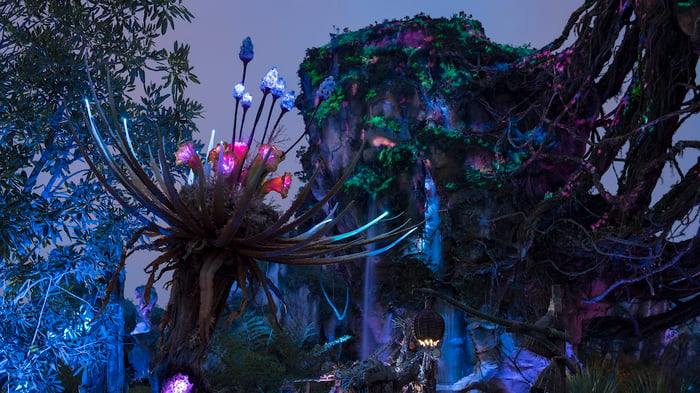 The deal with Fox will bring Avatar to Disney. Image source: Disney.

Disney will acquire several cable channels in the deal, including FX, National Geographic, and a number of Fox Sports regional networks. The company would also gain control over Marvel properties like X-Men, Fantastic Four, and Deadpool, movie properties like Avatar, as well as television staples such as The Simpsons, Modern Family, and This Is Us. The deal would up Disney's ownership interest in Hulu, increasing its stake to 60%.

Additionally, Bob Iger, who was instrumental in the consummation of this deal, has agreed to stay on as Disney's chairman and CEO until 2021.

Disney was forced to prioritize its own streaming ambitions due to the growing threat from streaming services like Netflix. According to research by eMarketer, cable subscribers will decline to 181.7 million by 2021, falling 10% over the previous five years. Meanwhile, Netflix subscriber numbers are skyrocketing, growing to 109 million worldwide, nearly doubling in less than four years.

After Netflix introduced streaming in 2007, there were a number of unforeseen consequences. As customers found greater variety and no commercials, the migration away from network television began in earnest. Consumers also began ditching their subscriptions to cable television, and cord-cutting was born, resulting in a continuing decline in Disney's most profitable business segment.

Viewers began watching multiple episodes or even entire seasons of their favorite shows in one sitting, a practice known as bingeing. As the phenomenon became more widespread, competition from the likes of Amazon.com, Inc. (AMZN 4.03%) and Hulu emerged.

These changes in consumer behavior, brought on by the mass adoption of streaming combined with declines in cable subscribers, have forced Disney to rethink portions of the business model that made the company a worldwide entertainment empire.

Disney's foray into streaming began in 2016 with a $1 billion investment for a 33% stake in streaming company BAMTech, a creation of Major League Baseball Advanced Media (BAM). The platform was designed to stream baseball games. Disney increased its stake in BAMTech by $1.58 billion earlier this year, gaining a 75% controlling interest. This provided Disney with ready-to-deploy technology, which was preferable to designing a system from scratch.

This platform will form the foundation for Disney's own streaming efforts. Disney announced in August that it would launch its own Netflix-style direct-to-consumer service that would debut in 2019. It will become the streaming home of the companies Pixar, Marvel, Lucasfilm, and Disney Animation movies, as well as a variety of programming from the company's cable and television networks. In 2018 Disney plans to launch an ESPN streaming service that would feature 10,000 live sporting events per year, but will not include any of the programming that appears on ESPN's cable network.

The deal with Fox will provide Disney with even more programming and intellectual property to supply its streaming efforts.

The dawn of a new day

Disney's largest acquisition to date is a sign of just how serious the company is taking the threat from streaming. Disney revealed earlier this year that it wouldn't renew an existing content deal with Netflix. The end of that agreement will coincide with the debut of Disney's own streaming service.

Disney has reinvented itself many times over the years and streaming is just another chapter in a story that is far from over. This is yet another venue used to introduce another generation of consumers to the company's treasure trove of beloved characters.