Nearly three weeks after Penn National Gaming (NASDAQ:PENN) and Pinnacle Entertainment (NASDAQ: PNK) announced they were in discussions over a merger, they indeed decided to tie the knot. The two regional gaming companies will create a behemoth that operates 41 properties coast to coast with 53,500 slot machines, 1,300 table games, and 8,300 hotel rooms.

As expected, Gaming and Leisure Properties will remain the owner of most of the two companies' real estate. Now it's just a matter of determining whether or not $100 million of synergies and the ability to market to a wider swath of customers will drive value for shareholders. Here's what to watch. 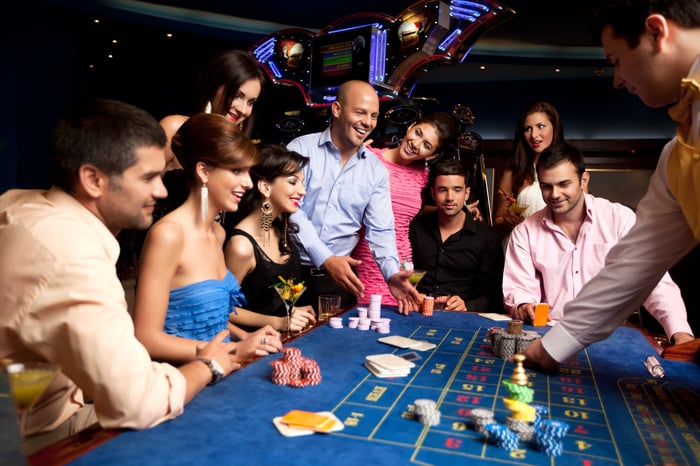 Pinnacle Entertainment shareholders will get $20 per share in cash and 0.42 shares of Penn National for each share they own. In total, the transaction is worth about $2.8 billion.

As a part of the acquisition, four properties will be sold to Boyd Gaming (NYSE:BYD) for $575 million in cash. This is intended to allow the acquisition to pass regulatory muster, which could be a challenge given the long-term trend toward a consolidating regional gaming market.

Penn National also said that it has lined up additional financing from Bank of America and Goldman Sachs to complete the deal. Management expects to pay down debt on an accelerated basis with ongoing cash flows.

Regional gaming is getting smaller

After a rush of buyouts, regional gaming in the U.S. will now be dominated by Penn National, Boyd Gaming, Caesars Entertainment (NASDAQ:CZR), and Eldorado Resorts (NASDAQ:ERI). The shrinking number of operators has and will continue to allow operators to raise margins long term. That could be from adjusting table games or slots to more favorable terms and raising room rates.

Continuing consolidation is at least a small part of the thesis behind Penn buying Pinnacle because it'll continue giving the bigger company pricing power in the market.

You can see below that regional gaming stocks have exploded the last three years, coinciding with the launch of REITs to own real estate and consolidation throughout the industry. 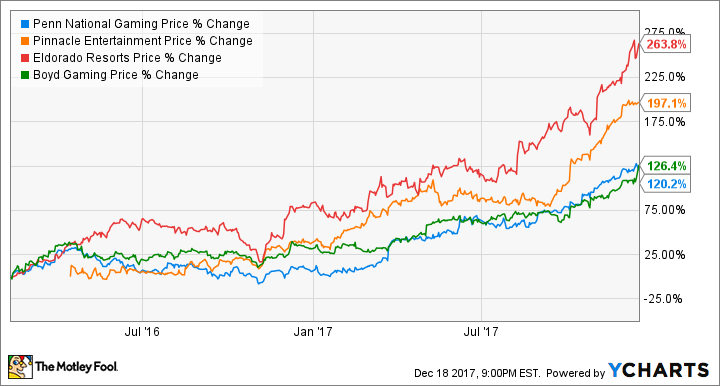 But the underlying business environment hasn't been quite as bullish. Organic revenue growth has been in the single digits and in some cases negative, which doesn't indicate there's a long-term growth trend.

With few merger opportunities left and companies already squeezing every cent they can from their businesses, I don't think this is going to be a booming area for investors going forward, despite Penn National's buyout of Pinnacle Entertainment.