Please ensure Javascript is enabled for purposes of website accessibility
Log In Help Join The Motley Fool
Free Article Join Over 1 Million Premium Members And Get More In-Depth Stock Guidance and Research
By Keith Speights - Dec 20, 2017 at 6:37AM

Will the new year bring great results like Corbus had in 2016, or another dismal performance like in 2017?

For a brief few weeks in 2017, it looked like Corbus Pharmaceuticals (CRBP 2.42%) could be making another big play after a terrific performance in the previous year. The stock gained more than 20% year to date by late March.

And then it all fell apart. Corbus announced results from a phase 2 study of anabasum in treating cystic fibrosis. Although the company viewed the results as positive, most outside observers didn't. Corbus stock is now down nearly 20% in 2017 despite its promising start.

Will the new year bring a return to glory for the biotech or a continuation of 2017? Here's what to expect from Corbus Pharmaceuticals in 2018. 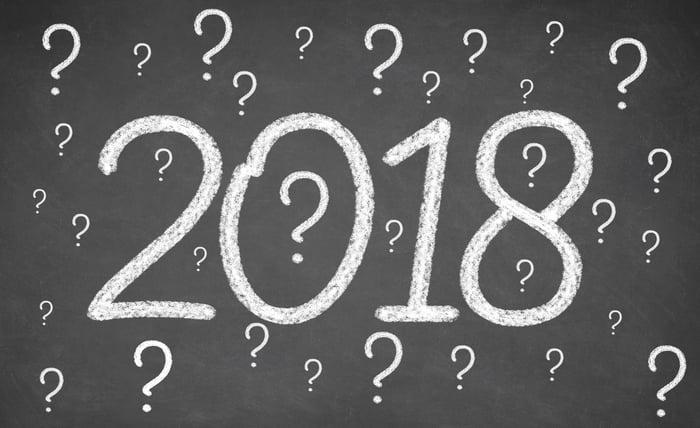 For now, Corbus remains a one-trick pony. All of its hopes hinge on one drug: anabasum. That's not unusual for clinical-stage biotechs, though. And Corbus has actually accomplished something that many biotechs haven't: It advanced to a late-stage study in less than four years.

Corbus recently launched a late-stage study evaluating anabasum in treating systemic sclerosis. Don't expect this clinical trial to serve as a catalyst for the stock next year, though. Corbus doesn't expect to report top-line results from the study until late 2019.

However, there could be something of a catalyst related to the systemic sclerosis indication in 2018. Thirty-six patients are participating in an ongoing open-label extension (OLE) study of anabasum in treating systemic sclerosis. This study is a continuation of Corbus' phase 2 study, for which results were provided in November 2016. Corbus expects to announce 12-month data from the OLE study in mid-2018.

The company is also evaluating anabasum in three other indications. Corbus stated in November that it would begin a phase 2b study of the drug in treating cystic fibrosis and a phase 2 study targeting systemic lupus erythematosus by the end of 2017.

The only results that are scheduled for 2018, however, are for six-month data from a phase 2 OLE study of anabasum in treating dermatomyositis. Corbus expects to announce this data by the middle of next year. Top-line results from the initial phase 2 study targeting this indication were encouraging -- and they boosted Corbus stock by a double-digit percentage, making its 2017 performance better than it would have been otherwise.

One factor that contributed to Corbus stock's decline in 2017 was the company's need for cash. Corbus completed two stock offerings this year, one in March and another in October. While these offerings raised much-needed cash, they also diluted the value of existing shares.

Investors considering Corbus have to wonder if another stock offering could come along in 2018 that zaps the stock price again. The good news is that the company ended the third quarter with cash and cash equivalents of $36.6 million. But how long will that amount carry Corbus?

The company lost nearly $7 million in the third quarter of 2017. If Corbus continues to lose roughly that amount each quarter, its current cash stockpile would fund operations into 2019. Based on current planned expenditures, Corbus' management thinks that it has enough cash to make it until the fourth quarter of 2019.

Of course, Corbus won't allow its cash to dwindle down completely before making an effort to bring in more money. My guess is that investors won't have to worry about dilution in 2018 stemming from another stock offering, but the company will need to do something by the first half of 2019.

So will 2018 be a better year for Corbus Pharmaceuticals or a worse one? It all depends on the clinical studies. Positive results from the two OLE studies could drive the stock higher, while any bad news would mean further declines.

My guess -- and it's only a guess -- is that Corbus stock will turn in modest gains next year. The two phase 2 OLE studies for which results are scheduled to be announced probably won't be huge catalysts for the stock. However, investors could have greater interest in Corbus, particularly late in the year. Perhaps the one thing you can count on with Corbus for 2018 is that there will be heightened anticipation about what 2019 will bring.