After today's drop, the utility's stock price has fallen almost 40% in just a few months, as the likelihood of liabilities associated with California wildfires increases.

After market close on Dec. 20, PG&E Corporation (PCG -0.81%) announced that its board of directors voted to suspend the utility's dividend. Before the announcement, investors were expecting to get $0.53 per share each quarter, which worked out to a 4% yield at share prices before trading after the announcement was made. At 1:40 p.m. EST on Thursday, Dec. 21, PG&E's share price is down 13.7%, and had been down nearly 18% at one point in late-morning trading.

While PG&E's financial performance has been fine and the dividend was pretty solid -- its dividend payout ratio was less than 45% over the past 12 months -- the recent wildfires in California this year have created significant financial risk for the company, since there is speculation that the company's equipment may have been responsible for, or contributed to, more than one of the October wildfires in Northern California that killed more than three dozen people and destroyed more than $9 billion in property . 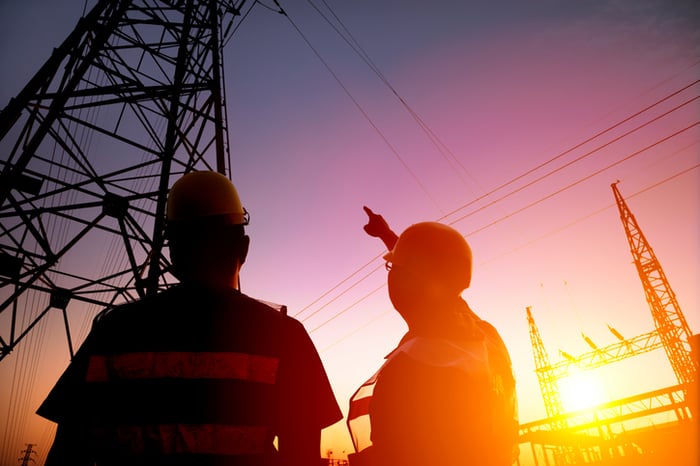 PG&E is at risk of substantial losses if it is found responsible for recent wildfires in Northern California. Image source: Getty Images.

In the release, chairman of the PG&E board Richard C Kelly said the following:

After extensive consideration and in light of the uncertainty associated with the causes and potential liabilities associated with these wildfires as well as state policy uncertainties, the PG&E boards determined that suspending the common and preferred stock dividends is prudent with respect to cash conservation and is in the best long-term interests of the companies, our customers and our shareholders.

Needless to say, shareholders are feeling stung by PG&E. Utility stocks are generally desirable because of the promise of a steady, dependable dividend, and without the promise of a payout, investors are moving on and taking a painful loss on their way out the door. Since September, PG&E's stock price has fallen almost 40% as the company's potential role in causing the fires -- and the risk of big liabilities -- has become more and more of a concern.

From a business standpoint, the board's move to suspend the dividend is probably prudent. Over the past 12 months, the company has paid out over $900 million in dividends, and after the recent increase to $0.53 per share, that amount was going to approach $1 billion over the next year. It is proving a very painful move for investors, but it seems wise for PG&E to preserve as much cash as possible as investigations into the cause of the fires move forward. If the company is found responsible for any of these massive fires, the financial liabilities could be enormous. Some California legislators have even called for PG&E to be broken up if it is found responsible, due to the company's track record of fines for other fires and accidents it was responsible for in recent years.

Some investors may see this as an opportunity to buy PG&E, which now trades for barely 10 times last year's earnings after today's big sell-off. That's less than half the valuation of other major utilities and could turn out to be a substantial bargain down the road.

But I would caution investors from taking the plunge just yet. The board didn't suspend the dividend only out of an abundance of caution -- this move seems to indicate that it already expects the company will end up paying out a substantial amount of money. If you have a steel stomach and are willing to risk capital you may lose, there is the possibility you could do very well to buy now. But I'd want to have a much better idea what the company's potential financial losses could be before I would risk a single dollar.