Please ensure Javascript is enabled for purposes of website accessibility
Log In Help Join The Motley Fool
Free Article Join Over 1 Million Premium Members And Get More In-Depth Stock Guidance and Research
By Travis Hoium - Dec 23, 2017 at 10:32AM

A friendly political environment for gun advocates is bad news for gun stocks in 2018.

2017 has been a rough year for gun stocks. Sales plummeted after the threat of regulation subsided when Donald Trump moved into the White House; most states across the country are gun-friendly as well. Ironically, gun sales are higher when the threat of regulation is high, which made the Obama years a boom time for the industry. Now shares are reversing course. 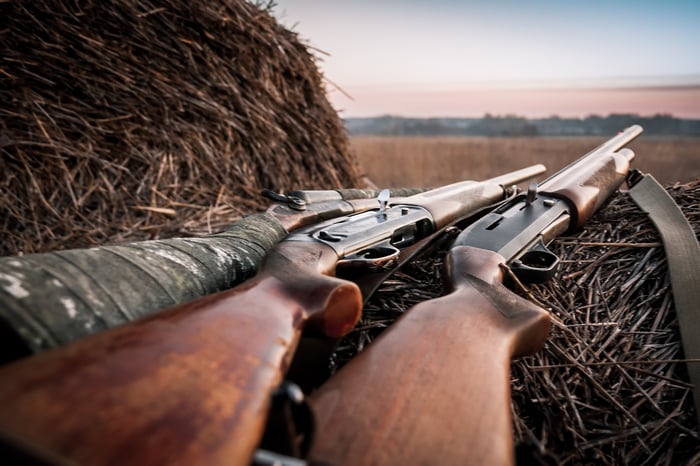 2018's election season could be telling

Politics is surprisingly important to gun stocks. American Outdoor, Sturm & Ruger, and Vista Outdoor rose 194%, 65%, and 13% respectively between Obama's election and Trump's. Since Trump's election they're down 53%, 20%, and 63% respectively. 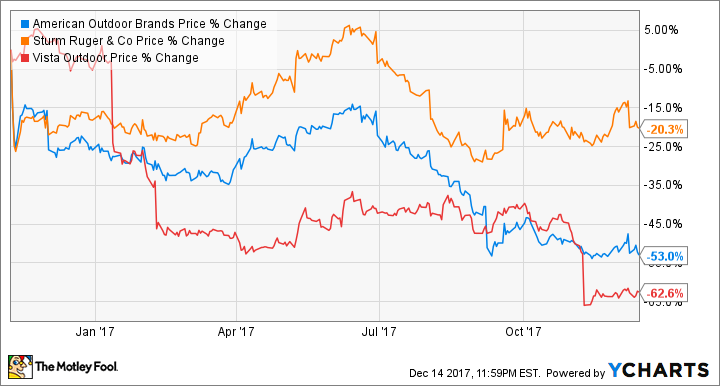 It's three years until there will be a political change in the White House, but there's a midterm election in 2018 that could tell us something about the future of political power. If the House of Representatives or Senate flips to Democrats, they could begin pushing for gun control. And if they gain enough political momentum between now and 2020 they could regain both branches of government, a trend that would actually be good for gun stocks.

Operating expenses have to come down

However, if the decline in sales seen in 2017 persists -- and there's no indication it won't in the near future -- gun manufacturers are going to have to adjust by dramatically cutting operating expenses. And there doesn't seem to be much appetite to do that yet.

There seems to be a feeling in the gun industry that the current sales slump is a one-time event. But if that isn't the case, there will need to be some serious cost cuts -- and companies may want to get out ahead of any operating pressure in 2018.

No easy recovery ahead

The situation for gun manufacturers in 2018 doesn't seem to be getting better, with a friendly political environment expected to continue through the year and likely until 2020. A decline in sales could be a new normal for the industry, and with it will come smaller profits.

Given the headwinds facing gun sales in 2018, I don't see a big recovery in gun stocks ahead. Until the political climate changes there won't be much urgency for consumers to buy guns, and we've seen over the last decade that that's really what drives sales.