The success of Switch could be just the beginning of Nintendo's comeback in the video game industry.

Nintendo's (NTDOY -1.52%) stock is up almost 80% following the launch of the new Switch console, which has seen strong demand. After poor sales of Nintendo's previous Wii U console, the Switch is exactly what Nintendo needed. Switch has been a hot-selling item throughout the year, and Gamestop -- one of the leading retailers for video games -- expects demand to outstrip supply through the holiday quarter.

The Switch is expected to reach 14 million unit sales through the end of fiscal 2018 ending in March, and analysts are already beginning to raise lifetime sales estimates to over 100 million units, which would put Switch sales on par with Nintendo's Wii -- its all-time best-selling console.

In short, after a bumpy road, Nintendo is back. Let's quickly review where Nintendo has been, and what's in store for the future. 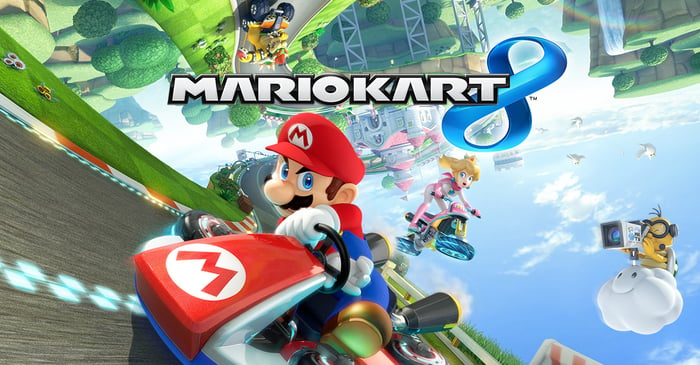 Nintendo has been a leading brand in the video game industry going back to the 1980s, but the company's performance has been inconsistent. Nintendo led the industry in console sales through the mid-1990s, until Sony and Microsoft entered the market and used their technological prowess to produce consoles with superior performance to Nintendo's consoles.

Over the last two decades, Nintendo has settled into a niche brand -- distinguishing itself from Sony and Microsoft's focus on hardcore gamers -- by focusing on family friendliness and introducing innovative ways to play games. For example, Wii introduced motion-enabled controllers for the first time, which has carried over to Switch. Nintendo's creative thinking with hardware design led Wii (released in 2006) to become Nintendo's all-time best-selling console, selling 101.63 million units to date.

Nintendo's stock soared as much as 550% during the boom days of Wii, but drastically underperformed in years after as slowing sales of Wii were not recovered by its successor, Wii U, which launched in 2012 and has only sold 13 million units life-to-date. Switch is bringing Nintendo back to prominence in the industry.

In hindsight, Switch is the console Nintendo should have produced in place of Wii U, but it's better late than never. Switch has already sold 7.63 million units in the first six months after launch, putting it on pace to outsell Wii U within its first year. Nintendo's creative hardware design is back to its old form, and there are good reasons to expect Switch to continue its momentum.

Management learns from past mistakes

First, the Switch features innovative ways to play by either playing games on the TV or playing as a handheld like Nintendo's 3DS. A single Switch system can also be configured to allow multiple people to play together at the same time, no matter where you are. This versatility is a key selling point and there's nothing else like it on the market.

But perhaps the most important selling point for Switch is its impressive support from over 300 game developers that are currently working on games for the new console. Nintendo's third-party game lineup is looking much stronger than Wii U, and this is important because games are ultimately what sell consoles above everything else.

Management has also been clever with its marketing strategy for Switch by releasing a steady cadence of new games throughout the year, all designed to show off the capabilities of Switch. Nintendo has released almost one new title per month, and this steady trickling of game releases is another improvement over Wii U which had a very inconsistent game release schedule.

Strong demand for Switch has translated to 173% sales growth year-over-year for the first six month period of fiscal 2018 ending in March. It's better than management expected which caused them to raise guidance for Switch sales from 10 million units to 14 million units for fiscal 2018.

It is possible Switch could become Nintendo's best-selling console in company history. Wii sold 9.27 million units within the first seven months after launch more than 10 years ago. Wii got off to a stronger start because it was released during the holiday quarter in 2006. Switch was released in the spring which is a seasonally slow period for video game sales. Given that, Switch's 7.63 million units sold to-date is very impressive.

As Switch momentum grows and word of mouth spreads, the enlarging installed base provides a positive feedback loop for more third-party game developers to support Switch, thereby making the new game console all the more attractive to gamers. A growing installed base is important because Nintendo makes its profit off of software sales, not hardware.

A growing installed base could also have positive implications on Nintendo's ability to capture growing profits from the industry shift to digital distribution, which has fueled the market-thumping stock performance of game publishers, including Electronic Arts, Activision Blizzard, and Take-Two Interactive. This is something that Nintendo hasn't had the opportunity to take advantage of so far, mainly because of poor sales of Wii U, which has left Nintendo with a big void in the console market in recent years.

Nintendo's brand is as strong as ever, and the company is well on its way to growing sales and earnings over the next five years given the strong reception of the new Switch console. Nintendo has also been pushing into mobile gaming, which could significantly pad Nintendo's profits in the future. For now, management expects operating profit to double in fiscal 2018 over fiscal 2017.

All in all, this could be just the start of Nintendo's comeback as a force to reckon with in the video game industry.