Back in September, Fitbit (NYSE:FIT) announced the availability of its first proper smartwatch: the Ionic. The new device could be a game changer for the fitness wearable company, as it has fallen behind its bigger competition with consumers' shifting their preferences to "do-it-all" wearable devices.

However, the Ionic was greeted with tepid reviews, with critics calling it a great fitness tracker but short on promised smartwatch features. In the midst of the busy holiday shopping season, Fitbit released its first update to the Ionic's operating system (OS) to address the critique.

What the update does

What really makes a smartwatch "smart" is the availability of downloadable apps and customizable features. The Ionic was touted as "smart," but the limited availability of offerings on the Fitbit App Gallery led many critics to be less than gracious in their summation of the product. 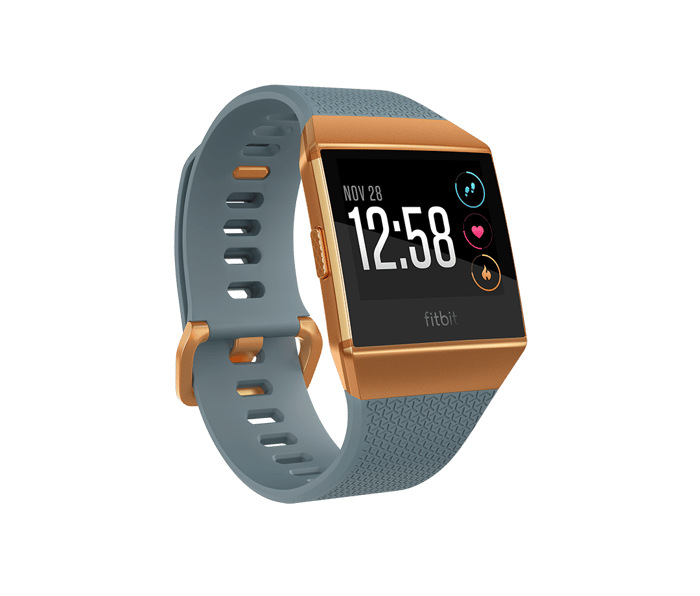 The OS update that was released on Dec. 5 expands the number of available apps on Ionic to over 60, with the promise of more to come. New apps include Yelp, Nest, Game Golf for personal golfing analytics, and TripAdvisor. More are on the way to kick off 2018, including Lyft, Walgreens, and music streaming services like Deezer.

The App Gallery now also has over 100 downloadable watch faces. Fitbit also announced the launch of Fitbit Labs, an extension of the company's research and development arm, to create new ways to use Ionic. The division has already created new apps designed to "gamify" exercise activity and has created custom watch faces to deliver health data most useful to the user, and promises other user experiences to open up Ionic's potential. An app for tennis players to analyze their swing was touted by the company and users can expect many more apps to be unveiled by Fitbit's new in-house developer in the months ahead.

Building out a new app store is no simple task. Although Fitbit's efforts in this area are only a few months old, it is having success in building content. The company reports it has over 5,000 developers signed up to its software development community, and over 1,000 are currently working on apps and clock faces. That's a far cry from the more than 3 million apps on Alphabet's Google Play store, but it's a start.

Why the update matters

Fitbit's device sales slumped last year as competitors moved in on its turf, and the once profitable leader in wearables has dipped into the red. The company has begun to see a rebound in sequential quarterly sales, but still has ground to cover to get back to year-over-year increases. 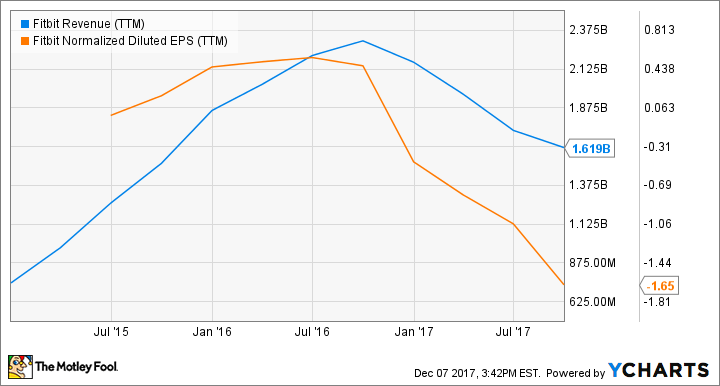 Ionic represents the culmination of a multiyear effort to get revenues back on track. Convincing consumers that the device is a compelling value in comparison to the likes of the Apple Watch Series 3 and the Samsung Gear S3 is key. Improving the range of use and functionality of its new flagship device with third-party apps and customization should go a long way to giving sales a positive bump when consumers shop and compare Ionic to its rivals.

The Fitbit App Gallery could also play an important role in the company's long-term evolution. Founder and CEO James Park envisions the company being more than just a seller of devices, but rather a health and fitness company. Opening up its hardware to tinkering and experimentation will unlock Ionic's full potential, and by extension could help Fitbit continue to innovate.

That is good news for Fitbit users, and a positive development for investors, especially when considering the painful performance the stock has had since its debut a few years ago. It's been tough going for the company, but the future looks a little brighter for Fitbit and its Ionic smartwatch.