And no, the third one is not a children's clothing company.

If you're a stock market investor, you have to be feeling pretty good right now. We are in year nine of a bull run that has almost quintupled assets -- inclusive of dividends. And this year alone, shares of the S&P 500 are up 22%.

Many people are feeling richer. 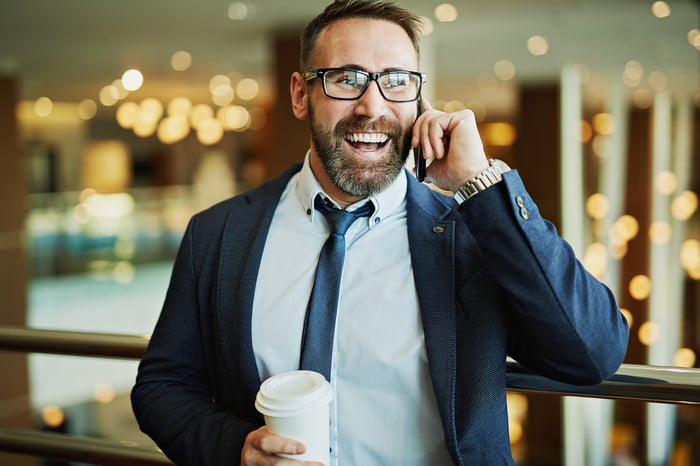 But that's a double-edged sword. As prices have ballooned, it's left many wondering where to put new money. Are there any stocks left that have room to run? We asked that question to three Motley Fool investors. They picked three stock that -- despite gaining 25% in 2017 alone -- they believe still have much more upside. Read on to see why Brookfield Infrastructure Partners (BIP 1.86%), MercadoLibre (MELI 3.62%), and Oshkosh Corporation (OSK -0.13%) all made the list.

Jason Hall (Brookfield Infrastructure Partners L.P.): The world is getting more populous. Various estimates put global population around 7.5 billion today, and the U.N. estimates that there will be more than 9 billion of us within 20 years. And since the vast majority of that new population will live in urban settings, tens of trillions of dollars will need to be invested in key infrastructure to support them. Some of the main needs will be energy, water, telecommunications, and transportation.

It just so happens that these areas are where Brookfield Infrastructure Partners focuses. Since going public in 2009, investors in this master limited partnership have done incredibly well, enjoying over 480% in total returns from Brookfield Infrastructure's steady growth. The partnership aims to generate low double-digit returns every year, and as an MLP, it is built to generate efficient cash flows, and reward investors with a solid dividend that it can grow.

Management's strategy has worked incredibly well so far; the payout has been increased every single year in its history, and funds from operations -- an important metric for measuring cash flows from a partnership like Brookfield Infrastructure -- has increased over ninefold since going public.

Shares are up 32% this year, but I think it would be a mistake to sell now and take profits, or to avoid this stock. The need for more infrastructure in coming decades will be enormous, and Brookfield Infrastructure is an excellent way for investors to profit.

Brian Stoffel (MercadoLibre): Take one look at MercadoLibre's stock chart, and I wouldn't blame you for feeling like you missed the boat on this one: Shares have doubled since January. But I still think there's a ton of room left for patient investors.

The company is the leading e-commerce player in Latin America, with an auction platform; a shipping solution, MercadoEnvios; and a payment solution, MercadoPago, that is popular with locals. Critically, because a significant chunk of Latin America is still cash-based, MercadoLibre's relationships with networks of convenience stores that use MercadoPago is a huge differentiator against foreign competition.

Latin America only recently surpassed the cusp of 50% Internet penetration, and only 3% of all retail sales are estimated to have taken place through e-commerce in the region. Both of these speak volumes for the growth runway ahead -- despite the stock's run-up.

But it is the revenue growth that should truly convince you of the popularity of this company. It has accelerated markedly over the past two years. 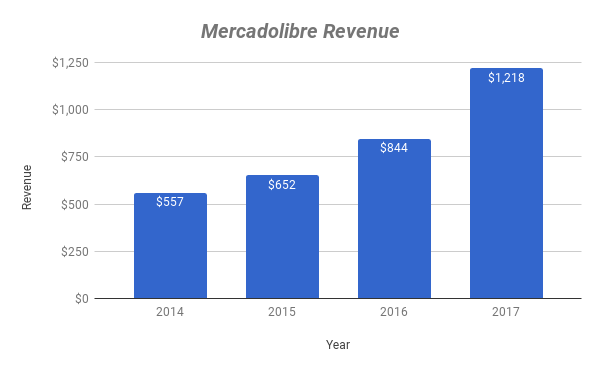 While some of this is due to currency fluctuations in unstable South American countries, the underlying principle remains the same: MercadoLibre's popularity and moat are widening as the service becomes more popular.

An investment in America

John Bromels (Oshkosh Corporation)" Not to pat myself on the back, but a year ago, I called out specialty-truck maker Oshkosh Corporation as the perfect stock for a Trump presidency. Sure enough, Oshkosh shares have handily outperformed the market in 2017, up 41.1% so far this year thanks to one great quarter after another. And the trends that boosted Oshkosh in 2017 don't appear to be going anywhere.

A defense contractor, Oshkosh derived 26.6% of its revenue from its defense division in its  2017 fiscal year, which ended Sept. 30. With increased defense spending at the federal level, that may well go up next year.

While we haven't seen a similar infrastructure spending push at the federal level yet, Oshkosh has been working hard on restructuring its access equipment segment, which serves the construction industry and accounted for almost half of Oshkosh's 2017 sales. The efforts seem to be paying off, since the segment reported a 38.1% increase in net earnings in the most recent quarter.

Oshkosh doesn't seem to be slowing down, and if you think the American economy isn't going to, either, then Oshkosh is an excellent investment choice for you.