The big data software company reported some explosive numbers, but one factor is holding back even bigger gains.

Cloudera (CLDR), the Hadoop software distributor, recently reported third-quarter earnings, sending shares up about 7%. Cloudera went public back in April at $15 but has traded as high as $23 earlier this year. Big data analytics and open-source Hadoop is becoming a key tool for large enterprises over the world, and the recent quarter's results showed this in spades.

However, as is the case with many high-growth, young tech companies, Cloudera also continues to rack up losses with $24.4 million in non-GAAP operating losses. Including stock-based compensation, operating losses were $56.6 million. Here's what management wants us to know about the company's key achievements last quarter. 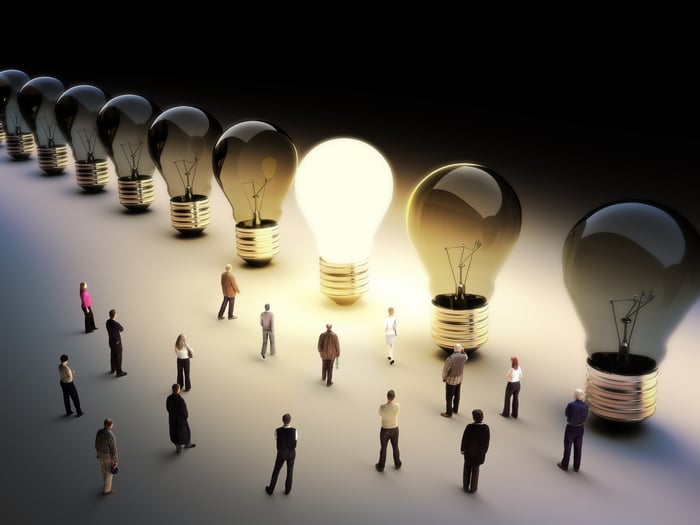 Going into the cloud

Traditionally, Hadoop deployments occurred with a company's data center, but as more and more large enterprises are increasingly turning to the cloud, they run into a problem -- how to govern the company's data moving around all over the place, and how do you cleanse and analyze all the data across environments? Said Chief Strategy Officer Mike Olsen:

If you're an enterprise CIO or CBO, you're required by law to protect sensitive user data. You're generally under the gaze of regulators, making sure you comply with rules, governing how data is used and by whom... But that data is essential for high value business applications. You need to be able to process new data as it arrives, to clean it and enhance it. Then, you need to be able to query it or to do statistical analyses or to train machine learning models... At every step, there are new security and identity systems. The result is that operations staff are forced to create multiple copies of data. This data replication and movement increases risk, management complexity and cost. There's no way to look at data lineage, or to set policies for end-to-end data governance. There's no support for answering the questions that regulators ask. And that's precisely the problem that SDX solves...

This is good news, given that Hadoop has traditionally run in a data center. Last quarter, for instance, only 20% of Cloudera's revenue came from cloud deployments.  Since large enterprises -- which make up most of Clouder's revenue -- are increasingly accelerating cloud and hybrid cloud environments, it is essential that Cloudera's software works seamlessly across the major clouds. The SDX product not only does that but aids companies in assuring security, too.

These enterprise-oriented initiatives may help explain the growing confidence corporations are putting in Cloudera. Here are some eye-popping growth figures from the past quarter:

But can it be profitable?

Despite this rapid pace of revenue growth, the company is still unprofitable. Cloudera doesn't believe it will be operating cash flow break-even for another four to six quarters. Investors should remember that stock-based compensation, a real expense, isn't counted in operating cash flow, so real profitability lies even beyond that horizon. SBC was a whopping $31 million in this past quarter alone, so keep an eye out for that number going forward.

Before you discount Cloudera on that basis, however, keep in mind these Hadoop companies operate a "land and expand" strategy, which means existing customers pay Cloudera according to how much data they use. Since data projects should continue to grow (as evidenced by the expansion rate), the company should become more profitable over time just based on increasing usage from current customers. Clearly, the company is aggressively investing ahead of that.

Cloudera, like its rival Hortonworks (HDP) reported a strong third quarter, showing that Hadoop and big data science tools are being used more and more across enterprises of all types. Just keep in mind that profitability is still a ways off.