Please ensure Javascript is enabled for purposes of website accessibility
Log In Help Join The Motley Fool
Free Article Join Over 1 Million Premium Members And Get More In-Depth Stock Guidance and Research
By Anders Bylund - Dec 28, 2017 at 7:41AM

The memory chip giant's stock is priced for absolute disaster, but the actual business may remain solid for years to come.

Micron Technology (MU 2.49%) can be a frustrating stock to own. Thanks to the memory chip industry's history of brutal price war cycles, Micron's shares never seem to reach their full value -- even when times are good.

But that should change in the next couple of years. As investors and analysts slowly reach the conclusion that the sector's savage cyclical swings are a thing of the past, Micron shareholders will enjoy richer valuation ratios on top of a fundamental business that keeps improving.

How deep is the discount?

Here at the end of 2017, you can pick up Micron shares at bargain-basement prices. Here's how the stock stacks up against two other titans of the semiconductor industry, Intel (INTC 1.46%) and Broadcom (AVGO 0.09%):

Micron shares are trading somewhere between one-half and one-third the valuation ratios of these fellow sector giants. That would make sense if Micron's business were of inferior quality, but that's not the case at all.

In fact, Micron punches above its weight in terms of operating efficiency and business growth. The company's net and operating margins beat both Intel and Broadcom by a country mile. In terms of earnings growth, Micron has crushed its peers with an average annual increase of 44% over the past five years -- and analysts expect another five years of yearly earnings increases in the 27% range. Again, that's far ahead of Broadcom or Intel.

Micron's share prices should double or maybe even triple from their current levels as the lack of new price wars finally sinks in. And don't forget that the bottom-line profits are rising rapidly at the same time. The final gains should be even larger, multiplying wider valuation ratios by richer income streams. 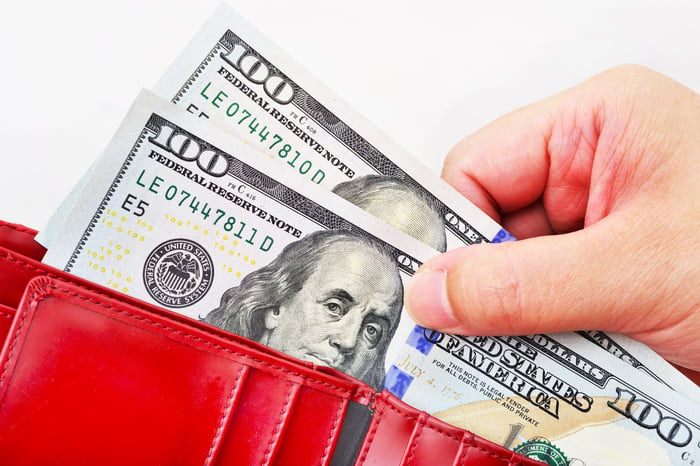 Why it's different this time

Micron's top-line sales collapsed in 2015 and early 2016, smashed by another round of oversupply meeting weak demand for memory chips. The stock has more than tripled from the lows of that plunge, but Micron remains priced at a discount because investors fear the next cyclical downturn.

But the memory industry is a very different beast nowadays. Market leader Samsung (NASDAQOTH: SSNLF) has reduced its memory-chip production capacity by 20% and nobody is building new factories for making more DRAM or NAND chips. The market is controlled by a triumvirate of disciplined giants -- Samsung, Micron, and SK Hynix -- where none of the rulers have shown any signs of wanting to flood the market with cheap chips again.

So street prices on memory chips stabilized in 2016, rose in 2017, and have now reverted to a healthy downward trend. By healthy, I mean that the chip prices are falling slower than Micron's manufacturing costs, creating a positive margin trend for the long haul.

This is simply a fantastic value stock right now. The discounts may not last long, as Micron continues to hammer home the message of a healthy industry by beating analyst estimates. Today would be a good time to pick up some cheap Micron shares.