While oil prices recovered in 2017, these oil stocks went in the opposite direction. However, that could change for at least one of them in 2018.

Oil prices recovered sharply in 2017, rallying more than 10% and ending the year up above $60 a barrel -- a more than two-and-a-half year high. That pricing level should have fueled a huge rally in oil stocks. However, that wasn't the case this year, since most oil stocks lost value. In fact, several got crushed, including the five on the chart below:

Here's a look at what caused these oil stocks to plunge in 2017 and why at least one of them could bounce back sharply in 2018 if oil can hold its ground.

Focused on a compelling core

Bill Barrett's stock went on a wild ride in 2017. Shares ebbed and flowed for most of the year along with oil, though they popped in November when the company reported stronger-than-expected third-quarter results, only to plunge a month later after unveiling a game-changing merger. While that deal took the wind out of the company's sails this year, it could fuel significant growth in the future. That's because it will improve the company's balance sheet while expanding its growth potential in the oil-rich DJ Basin, where the company's wells can achieve a more than 65% return at current oil prices. That combination makes it a compelling oil stock to consider buying, since it's on pace to increase production nearly 65% in 2018 while living within its current means.

Obsidian Energy started the year as Penn West Petroleum, but it changed its name in June to mark the last step in its transformation. That's after the company jettisoned a boatload of assets to pay off debt and pare down to a more focused core. As a result, it is slowly returning to growth mode. That said, Obsidian Energy only expects output to increase 5% in 2018, and that's after reinvesting 80% of its cash flow. That's well below the growth rate of most other similarly sized oil companies, which suggests that Obsidian might not have the asset base to fuel a high growth rate in the coming years unless oil keeps marching higher. 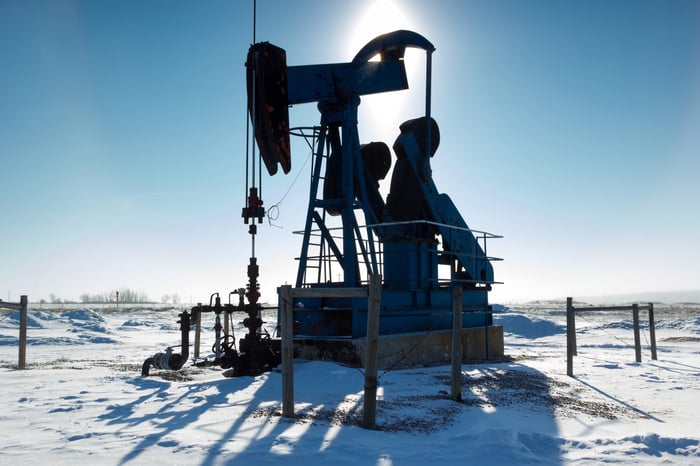 Not the reaction it had expected

Cenovus Energy plunged in 2017 largely due to its decision to spend $13.3 billion in acquiring several oil and gas properties from ConocoPhillips (COP 1.18%). While that deal significantly increased Cenovus' production base and growth prospects, it added substantial debt to the company's balance sheet, which has weighed it down this year. Cenovus has been working to address those concerns by selling assets and cutting other costs. However, the deal hasn't provided the anticipated lift, since the company sees production coming in under expectations in 2018 because of the desire to cap spending.

Back on solid ground but still in a weaker position

Pengrowth Energy spent most of 2017 just trying to stay alive. It did so by unloading nearly 1 billion Canadian dollars' ($800 million) worth of assets to pay down debt. That said, while the company has repositioned around a stronger core, it's still not in as strong of a position as rivals. For example, Pengrowth stated that it hoped to move forward with phase two of its Lindbergh heavy oil project in Canada. However, it also noted that it would need to tack on new debt to finance the expansion and that the investment would only generate about a 20% return at $55 oil. That's well below the returns rivals can earn on new investments these days. 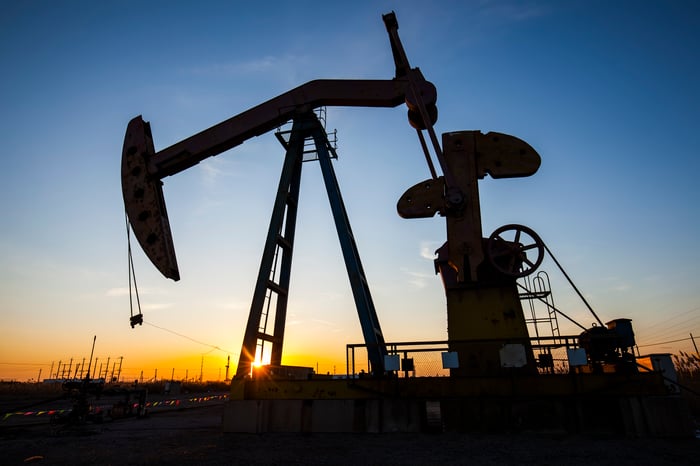 Getting better but not there yet

Whiting Petroleum got pummeled this year, which was a surprise because the company's production is on pace to be 10% higher by year-end than it was at the end of 2016. Furthermore, Whiting has taken steps to improve its balance sheet, including selling $875 million in assets and issuing $1 billion in new debt, which enabled the company to repay and refinance some of its near-term maturities. Because of that, Whiting will end 2017 with a stronger liquidity position and no maturing debt until 2020. However, despite that improvement, the company isn't yet on solid ground since it still has too much debt for a company of its size, which will hold back its ability to grow.

On the one hand, all five of these oil stocks could rebound in 2018 if oil prices continue improving. That said, of this group, Bill Barrett stands the best chance of bouncing back because the moves it made in 2017 position it to deliver a hefty growth rate in 2018. That makes it the one stock in this group that investors might want to consider buying as a rebound candidate.