The new year opened with a raft of new upgrades and downgrades on Wall Street -- and this morning, three in particular are standing out: Upgrades to outperform for Walt Disney (NYSE:DIS) and Netflix (NASDAQ:NFLX) at Macquarie, and a downgrade to underweight for Sirius XM Radio (NASDAQ:SIRI) at JPMorgan. 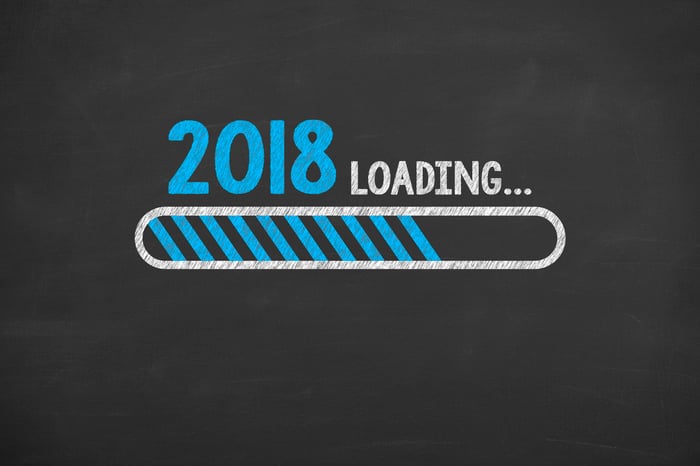 The new year holds big changes for how you will get your entertainment. Image source: Getty Images.

You've probably heard by now that Disney -- that titan of the entertainment industry -- is planning to launch two new streaming services over the next two years. First comes an over-the-top (OTT) distribution channel arriving in the next few months, for sports fans who don't want to subscribe to a cable provider to get their ESPN fix. Later on, in 2019, Disney plans to roll out an OTT channel for streaming family-friendly fare from Disney's cartoon empire, Pixar, Marvel, and Star Wars, too.

My own first reaction to this news is that Disney's move promises to gut Netflix of some of its most valuable content. After digging into the details of Disney's plans, however, more and more analysts are coming to the conclusion that Disney's new OTT streaming services will not necessarily compete with Netflix, but might rather "be a great complement to Netflix." Indeed, when you consider the possibilities arising from the end of net neutrality, there's every possibility that Disney and Netflix -- historically strong partners -- will elect to bundle their two services in an offering that will see consumers subscribe to channels from both providers simultaneously.

2. The subscription's the thing

And subscriptions are really the key here. In upgrading both Disney and Netflix this morning, Macquarie argues that it much prefers to invest in "media companies with subscription over ad-driven content, with scaled distribution and international presence." Netflix is the leader in this space, Macquarie opines in a report covered by TheFly.com today. But Disney could follow in Netflix's footsteps with its own OTT offerings.

Through acquisitions like Pixar, Marvel, and Star Wars (and soon Fox), Disney is aggregating much of the great content and intellectual property in the universe all in one place. Disney's theater offerings are showing "momentum," and the company's multiple outlets for capitalizing on the success of Disney's films give the company "distribution leverage" to monetize its IP in multiple ways.

And yet, at the same time as Macquarie is upgrading shares of Disney and Netflix (which the analyst says will be worth $125 and $220, respectively, by the end of this year), over at JPMorgan they're taking an opposite approach, and downgrading shares of Sirius XM Radio.

So what's up with that? Isn't Sirius XM just as much a subscription service for car drivers as OTT channels from Disney and Netflix will be for TV watchers? Well, yes and no. The problem, it turns out, is that whereas Disney and (increasingly) Netflix develop and own most of the content they rent out through subscriptions, Sirius has to pay royalties on essentially everything that it plays for its subscribers.

This could pose a problem for Sirius's profits going forward, warns JPMorgan, because on Dec. 15, the Copyright Royalty Board increased the royalty rate that Sirius must pay for the music it streams. Beginning this year, 15.5% of the revenue Sirius takes in will go back out immediately in the form of royalty rates -- a 40% hike over Sirius's royalty expenditures from last year. JP notes that logically this will eat away at profit margins at Sirius, hamper its "pricing flexibility," and "possibly" impact subscriber growth rates as well.

As OTT subscriptions become the name of the game in entertainment, Wall Street analysts prefer Netflix above all else, projecting 49% annualized earnings growth rates over the next five years (according to data from S&P Global Market Intelligence). Disney is expected to grow at only 8%, but the more its services begin to resemble Netflix's, the higher that number could go.

In contrast, Sirius is still pegged for better-than-18% growth -- but that number could shrink over time as Sirius finds its profit margins drained by royalty payments.