Hollywood isn't dying -- but it is changing. The old ways with a handful of major movie studios competing for your ticket dollars at the box office and in cable TV syndication are giving way to streaming media platforms and high-quality drama series. Some of the names remain the same, but there are many relative newcomers as well.

Let's have a look at the state of Hollywood today. 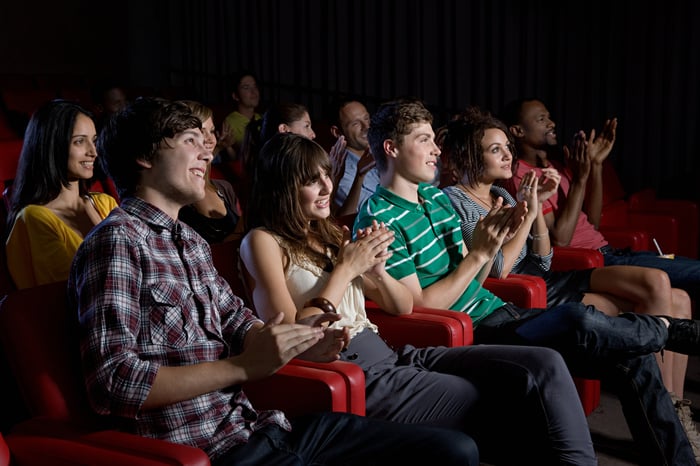 Hollywood by the numbers

What is Hollywood, exactly?

Technically speaking, Hollywood is a suburb of Los Angeles, California. The town has been the historic home of many major movie studios and is still seen as an avatar of the film industry as a whole.

The big names here roll easily off the tongue: Disney, Time Warner, and Fox have been titans of this industry for decades. The same goes for Comcast's Universal Pictures division, the Paramount arm of Viacom, and Sony's Columbia Pictures.

These studios produce blockbusters for the silver screen, along with a heaping serving of smaller titles. When the theatrical run is over, these movies move on to DVD and Blu-ray sales, before making the next hop to premium cable TV and streaming video partners. Beyond that, some movies have their syndication rights picked up by over-the-air TV networks and various international destinations.

The larger blockbuster movies have their viewing sales padded by licensed production of consumer goods. Superheroes and cartoon characters are often seen on lunch boxes and t-shirts, and action movies can spawn successful lines of action figures, toy cars, and sticker-laden drones.

So when you think about Hollywood, you're really thinking about several separate industries working together to entertain the world. From production studios and distributors to theater chains and viewing-tech researchers, Hollywood goes by many names.

Let's take an even closer look at some of Hollywood's biggest names, which look like great investments here at the start of 2018. 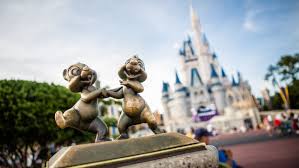 The House of Mouse does everything, and is an industry leader in every sense of that epithet.

It's the largest ticket seller by a long shot, managing 22% of last year's box office. I don't think I need to remind you of Disney's prowess in monetizing that blockbuster content via the usual distributions pipeline -- plus an unmatched collection of theme parks, themed cruise lines, and hotel experiences soaked in the company's unique flavor.

Right now, the company is up to its knees in new business ideas. Disney has launched a $52 billion buyout offer for most of Twenty-First Century Fox's assets, excluding some TV properties. At the same time, the company's premium distribution contract with Netflix will expire at the end of 2018, to be replaced by a new Disney-owned streaming service.

In short, Disney isn't resting on its laurels.

That could have been the easy way out for a company sporting three of last year's four biggest blockbusters. But Disney has a history of producing fresh value from mergers and buyouts, including the game-changing additions of Marvel, Pixar, Lucasfilm, ESPN, and the ABC network. These buyouts account for the majority of Disney's business operations nowadays, and there's no reason to doubt that the Fox transaction will be successful.

As for the new direction in streaming video options, Disney arguably wants to become a credible Netflix rival before Netflix starts to threaten Disney's own core business. The partnership has been good for both companies so far, but it's probably a smart move to part ways at this point.

If anyone can do without a Netflix partnership, it's Disney. This is a company for the ages, and the stock is selling at a discount right now. 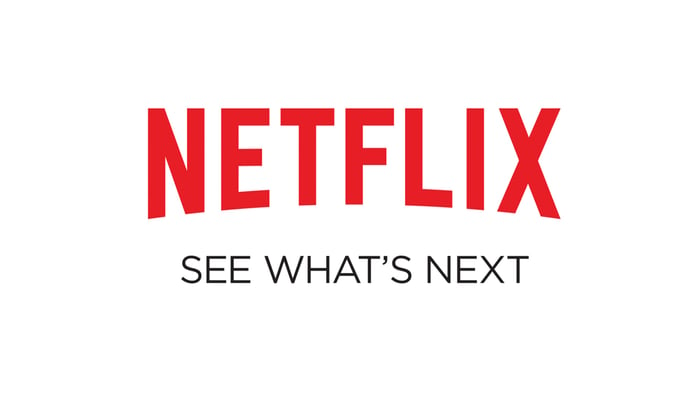 Meanwhile, Netflix is taking the world by storm and investing billions in freshly made content.

This is not a traditional Hollywood name, but Netflix has become a crucial partner to the movie industry at large. Many studios think of this company as a frenemy, as its streaming services are undermining traditional distribution partners such as theater chains and premium cable channels.

So former buddies like Disney are taking a step back to reassess the streaming market. Netflix is the domestic leader by miles and miles, and its global ambitions are hard to beat. Amazon's Prime Video may match Netflix's count of international territories, but the service isn't pulling its own weight yet and might never catch up to Netflix in most markets. I say that as a shareholder in both companies; Prime Video just isn't among the reasons why I own Amazon.

Netflix is a pioneer and innovator in the streaming video space, blazing new business trails in directions most rivals wouldn't touch. Rather than stringing viewers along with weekly episodes of popular shows, this company drops in entire seasons all at once. Instead of drenching its websites and streaming apps in ads and direct links to video-buying options, the Netflix experience is as simple and uncluttered as possible. Downright heresy to many sector peers, these things are an integral part of Netflix's business identity.

At 106 million worldwide subscribers at the end of 2017, Netflix is just getting started. It's a big world out there, with improving economies and increasing reach of broadband internet services even in emerging markets like Africa and southern Asia. Meanwhile, its $4.5 billion annual content budget will only increase as the incoming sales rise. Over time, Netflix should even crack the tough nut of classic big-budget blockbusters, where the company's early track record has been spotty.

Netflix is a growth story for the long run, and it's just getting started.