Shares of Mazor Robotics (NASDAQ:MZOR), a medical device maker focused on robotic surgery of the spine and brain, fell nearly 11% in December according to data from S&P Global Market Intelligence. However, there wasn't any significant news flow from the company during the month that can explain the drop. That makes it likely that investors can attribute the decline to normal market fluctuations.

Even after including December's double-digit drop Mazor's investors still had a very prosperous 2017. Mazor's stock rocketed more than 135% higher during the year thanks in large part to Medtronic's (NYSE:MDT) decision to move forward with the next phase of its strategic partnership. The move injected another $40 million into Mazor's bank account and transferred global commercial responsibility for the Mazor X system to the medical device giant. What's more, 29 Mazor employees jumped onto Medtronic's sales team. That should significantly lower Mazor's operating costs moving forward. 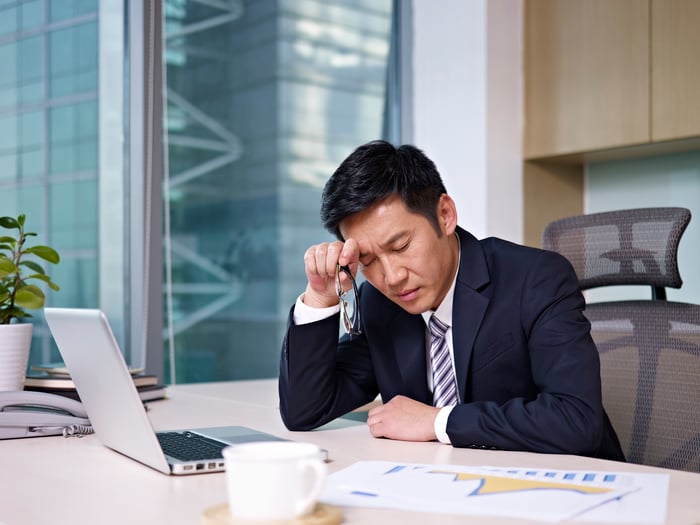 Will this deal work out well for Mazor's investors in the long run? The early signs suggest the answer is yes. Mazor's top-line is growing by triple-digits thanks in large part to Medtronic's significant sales reach. What's more, the Mazor X just received regulatory approval in Europe in late September. That hints that sales growth could start to accelerate from here.

The bull case for owning Mazor's stock continues to look strong. Sales are rising quickly, expenses are primed to fall, and the company's balance sheet is in great shape. That's a potent combination that could allow Mazor to start generating a profit relatively soon.

On the flip-side, Mazor is no longer the only player in the robotic spinal surgery market. Globus Medical (NYSE:GMED) recently received FDA approval for its Excelsius GPS robotic guidance and navigation system. We don't yet know how much of an impact the competition will have on Mazor X sales, so this remains an area to monitor.

However, my hunch is that the incoming competition will have little impact on Mazor's growth rates. After all, Mazor has a significant amount of real-world data on its side. The company's partnership with Medtronic is also a significant advantage. In addition, it's worth remembering that the robotic surgery market, in general, is primed for significant growth in the years ahead. The opportunity looks to be so large that it is possible both Mazor and Globus can be successful.

Overall, if you're bullish on Mazor (like I am), then December's decline shouldn't get you down.