2017 wasn't as great a year for investors in Wheaton Precious Metals (NYSE: WPM) as 2016, but it was nonetheless one worth remembering. The world's largest precious metals streaming company closed 2017 with 14.5% gains, with nearly all of them coming during the last quarter of the year. That's an important point as the stock was otherwise lagging the market, as well as peer Franco-Nevada Corp. (TSX:FNV) and Royal Gold Inc. (NASDAQ:RGLD), by a gaping margin for the better part of the year.

This brings up an important question: Does Wheaton's turnaround in the last quarter of 2017 signal something big for 2018? Let's dig deeper.

Why gold and silver streaming stocks shone in 2017

Overall, 2017 was a great year for precious metals streaming stocks as they extended their 2016 gains, backed largely by rising gold and silver prices. 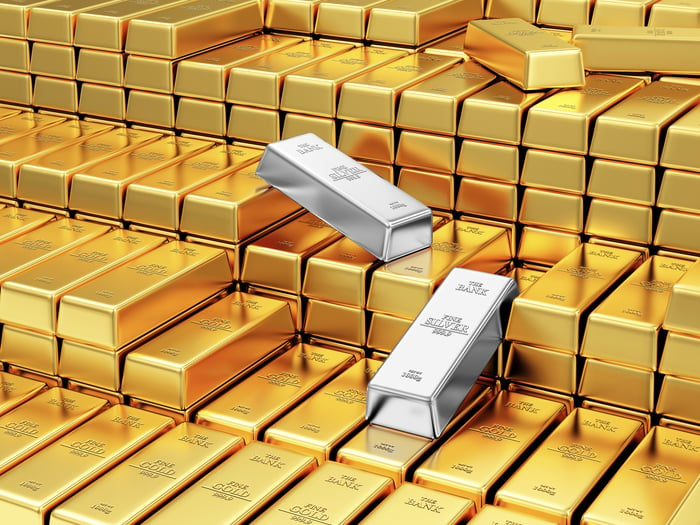 Yet, as the chart below shows, Wheaton Precious Metals' near-15% gains paled in front of Franco-Nevada's and Royal Gold's 30%-plus gains. Why so, you may ask? The answer lies in the same chart. Look carefully. 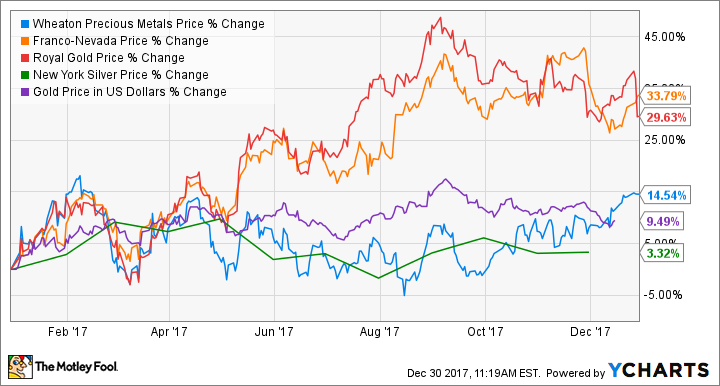 See how gold outperformed silver in 2017? As I explained in a recent article, a larger exposure to silver compared to Franco-Nevada and Royal Gold has proved to be disadvantageous for Wheaton. While the demand for silver is far more resilient as it's primarily used for industrial purposes, gold enjoys greater investor attention, thanks to its appeal as a hedge against inflation and uncertainty. 2017 was fraught with geopolitical uncertainties, especially in the U.S., which drove gold prices up. Not surprisingly, both Franco-Nevada and Royal Gold saw their top and bottom lines grow at a faster clip than Wheaton's in 2017.

Wheaton faced another big problem last year: declining silver production. Wheaton, however, has no control over production as it buys metals from other miners like Goldcorp (NYSE:GG) under streaming agreements in return for funding them. So lower production from Goldcorp's Penasquito mine last year, for example, resulted in lower metal deliveries for Wheaton. Investors took note of this, and their optimism got a big lift in October when investment firm 3G Capital upped its stake significantly in Wheaton and highlighted three catalysts that it believed could send the stock soaring.

Much to investors' relief, Wheaton reiterated its full-year production guidance in November despite a 13% and 20% drop in year-over-year revenue and net income, respectively, during the third quarter. Even better, the company bumped up its dividend by nearly 43%, thanks to strong cash flows through the year.

Why 2018 could be a good year for investors

Wheaton's operational numbers may not have been encouraging in 2017, but the company laid the road map for a stronger future during the year when it revealed a change in product mix and accordingly adopted a new name, Wheaton Precious Metals, in place of the erstwhile Silver Wheaton Corp.

With that, Wheaton has now shifted focus from silver to gold. With gold production from Vale's (NYSE:VALE) Sudbury mine on the decline, Wheaton extended its agreement on Vale's Salobo mine in 2016 and bagged the right to buy 75% of the gold produced for the life of mine, which is projected to exceed 40 years. As you might've guessed, Salobo holds the key to Wheaton's targeted production mix of 45% gold (and 55% silver) between 2017 and 2021. 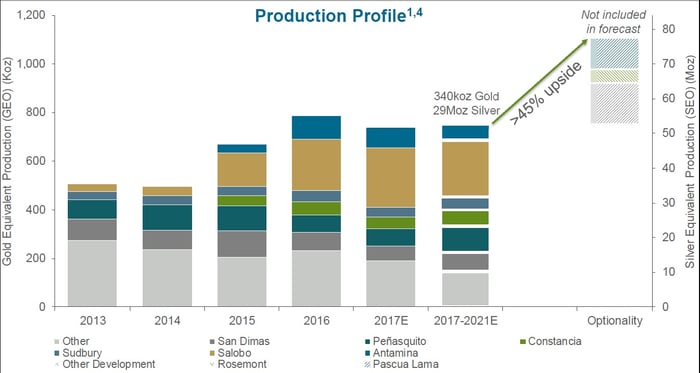 Vale's Salobo mine should be a significant contributor to Wheaton's sales. Image source: Wheaton Precious Metals.

Of course, Wheaton won't make a windfall overnight, but it'll be interesting to watch the company's progress as gold's share in its sales rises. It's important for Wheaton's plan to work out, not just for its sales and profits but for its share price as well. Meanwhile, ore grades from Goldcorp's Penasquito are expected to improve this year, which should boost Wheaton's silver volumes. If gold and silver prices remain firm, 2018 could be a promising year for investors in Wheaton Precious Metals.