Tobi Lutke wanted to sell snowboards online, but found that the e-commerce platform he built to do it was a better business, and thus Shopify (NYSE:SHOP) was born in the early years of the 21st century. From its unintended start, the company has a way of doing things differently. Here are seven facts that you might not know about Shopify that add up to it being a great long-term business you should consider investing in. 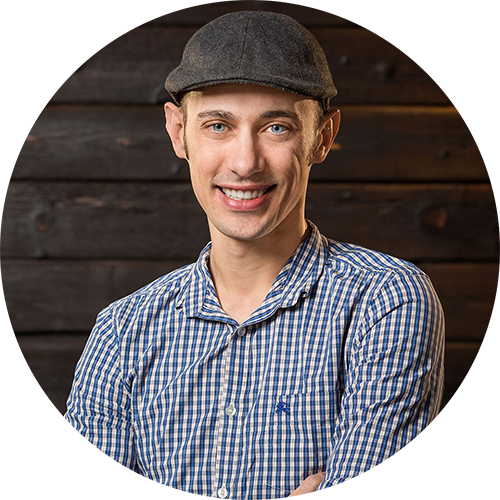 1. Its CEO is a high school dropout.

Shopify's founder and CEO, Tobi Lutke, dropped out of high school when he was 16. He felt like he was wasting his time, so he joined a subsidiary of Siemens and become an apprentice programmer. He found a fast-paced, learn-by-doing environment in which he thrived. His experience during this apprenticeship influenced the learning culture that Shopify has today.

2. It makes more money when its customers succeed.

Shopify gets revenue from monthly subscription fees (subscription solutions) and a small fee from every sale a merchant makes (merchant solutions). The combination of these two revenue streams align Shopify with the success of it customers. When its merchants do well by selling more, Shopify benefits. Merchant solutions revenue grew 79% in the most recent quarter, and has been over 50% of the company's revenue for the past four quarters. This alignment with its customers' success is a key reason why I love Shopify as an investment. 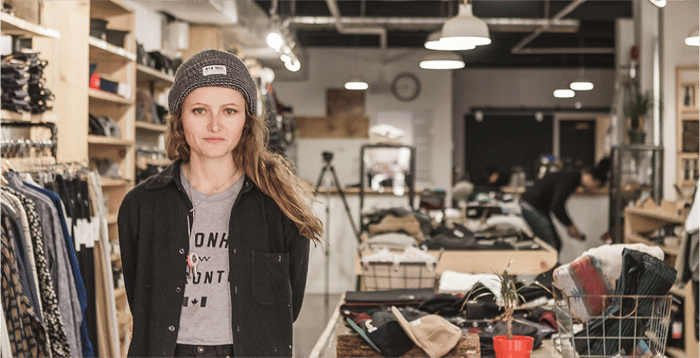 In 2013, the company released point of sale (POS) software, but relied on third-party hardware for the credit card reader. Lat year, in the spirit of making every aspect of "starting, running, and growing a business easier," the company released its own chip and swipe reader to have a more seamless integration with the Shopify platform. The device was developed in-house and the design was "informed by extensive research and user-experience feedback from our merchants." 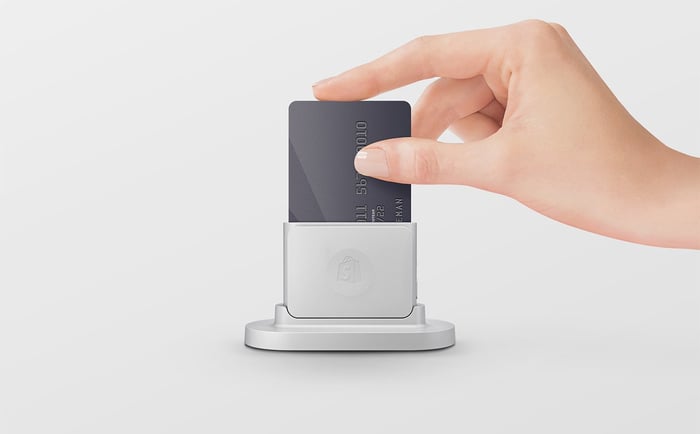 4. It's more generous with app developers than Apple is.

Shopify focuses its development on the features that "most merchants used most of the time." While this has left some customers wanting more, the company opened an app store for third-party developers in 2009. This app store has grown to over 2,000 apps. Shopify pays its developers an impressive 80% of the app revenue, versus 70% that Apple developers get. In 2016, Shopify's developers and partners earned $430 million, which was more than the company's revenue of $389 million that year.

6. Shopify has a really long view.

Lutke wants Shopify to become a 100-year-old company. When it went public, he wrote a letter that talked about priorities. He noted, "Shopify has been about empowering merchants since it was founded, and we have always prioritized long-term value over short- term revenue opportunities. We don't see this changing..." He went on to say that he wants Shopify to "see the next century."

7. It has a really big market.

In the company's filing to go public, it explained that its market is focused on small and medium businesses (SMB) with less than 500 employees, which number more than 46 million globally. Shopify reported per-merchant average revenue of $1,243 in 2016. Multiply that by 46 million and you get a $57 billion opportunity. In comparison, Shopify has recorded $580.8 million in revenue in the past 12 months, a small piece of what's possible.

Shopify has a lot going for it: a CEO that's passionate about the long term, a scalable platform that's making it easier for customers, an ecosystem that benefits partners, financial incentives that are aligned with customer success, and a huge potential market. These factors are what I like about Shopify as a long-term investment.