Find out why these stocks missed out on yet another market rally.

Friday closed out a highly successful week for investors on Wall Street, making the case for 2018 to become the 10th straight year of bull-market gains for major benchmarks. Record highs for the Dow, S&P 500, and Nasdaq Composite showed the breadth of upward momentum that stocks have right now, and market participants are generally quite optimistic about the prospects for corporate earnings once companies start reporting their fourth-quarter financial results in the next couple of weeks. Nevertheless, some stocks gave up considerable ground today, with bad news weighing on shares. Cal-Maine Foods (CALM 0.87%), Roku (ROKU 2.14%), and Core-Mark Holding (CORE) were among the worst performers on the day. Below, we'll look more closely at these stocks to tell you why they did so poorly.

Shares of Cal-Maine Foods fell 7% after the company reported its fiscal second-quarter results early Friday morning. The egg producer said that revenue for the period was up more than 40% from year-earlier levels, but net losses widened due to charges related to the settlement of antitrust allegations against it. CEO Dolph Baker was upbeat about the results, noting that the settlement "eliminates the substantial risk, uncertainty, expense, and distraction" of the litigation, and better conditions in the egg market reflect stronger demand from retail and institutional customers alike. Still, investors have been reluctant to get excited about Cal-Maine's prospects until they actually show up in financial statements, and it might take a while longer for the stock to get traction even if market conditions keep improving. 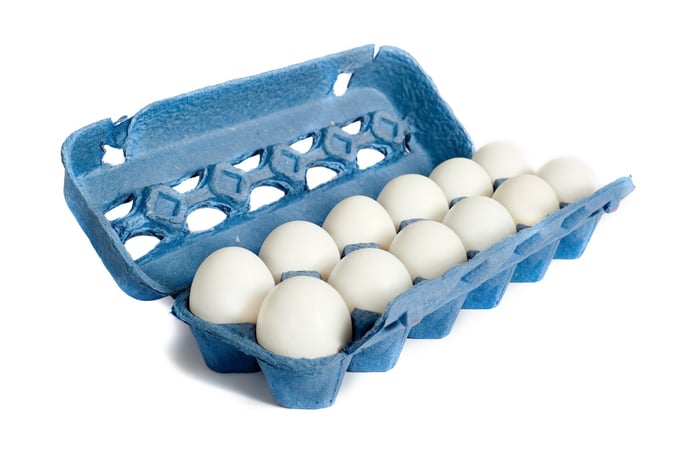 Roku gets another thumbs-down

Roku stock declined nearly 10% in the wake of its second analyst downgrade in two days. Analysts at Citi cut their rating on the streaming entertainment company from neutral to sell, largely pointing to the huge advance that the stock has seen since its IPO just a few months ago and the corresponding inflation of its valuation to overextended levels. Analysts set a $28 price target on the stock, implying another 40% of downside from here. Roku certainly has plenty of potential from cable-weary viewers seeking to cut the cord, but some wonder whether the stock is getting too far ahead of itself.

Finally, shares of Core-Mark Holding finished down 23%. The convenience-store retail distribution specialist had to cut its earnings guidance for the full 2017 year, citing declines in sales of cigarette cartons and singling out the California market for its woes. Despite same-store sales growth of 7% in categories other than cigarettes, Core-Mark said it would have to mark down its adjusted earnings by 20% to 25%, with a new range of $0.94 to $1.01 per share for the full year. CEO Thomas Perkins assured investors that he is "confident that our two troubled divisions are on a path to profitability in 2018," but shareholders didn't seem ready to accept that assessment without data to back it up.