I love my Roku. Last year, I cut the cord, ditching my cable TV subscription and all the usurious rate hikes, taxes, and nickel-and-diming fees that went along with it. In exchange, I got a single monthly charge, an easily readable bill, and a fast-booting Roku device to manage all my entertainment needs.

So yes, I love my Roku -- but I don't love Roku (NASDAQ:ROKU) stock. And as it turns out, neither does Citigroup. 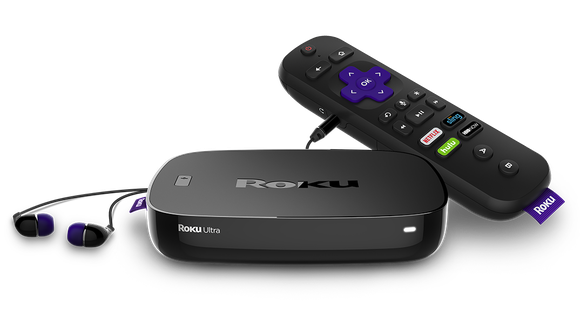 Why Roku stock is falling today

Shares of over-the-top (OTT) streaming entertainment company Roku are tumbling this morning, down about 8% as of noon EST, and there's just one reason why: This morning, investment banker Citigroup slapped a big downgrade on Roku, cutting the stock from neutral to sell. Worse than that, Citigroup argues that over the next 12 months, Roku shares could be nearly cut in half in value, falling from yesterday's closing price of more than $51 a share to as low as $28.

Investors are taking the warning to heart and dumping Roku shares.

What is it that Citigroup has against Roku? Didn't the company enjoy a spectacular IPO, and didn't it just report a great fiscal third quarter?

Yes, and yes again -- Roku did both those things. Going public in September, Roku enjoyed an immediate 68% first-day pop. The stock did slump somewhat afterwards, falling below $19 a share at one point, but then turned around and produced a clean double off its IPO price...then a triple...and almost a quadruple before today's downgrade.

November's news that Roku grew revenue 40% in its fiscal third quarter helped to keep the momentum growing. But according to Citigroup, it is this same price momentum that has the banker worried about Roku stock.

As StreetInsider.com (subscription required) reports in a write-up on Citi's note this morning, Citigroup believes that $50-plus is much too much to pay for Roku today. The company's $6 billion market capitalization values Roku's enterprise value at 8.7 times its expected 2018 revenue and 21 times its expected gross profits. (Let alone net profits. Roku has no net profits, and is not expected to turn profitable before 2019 at the earliest.)

Why Roku has risen, and why it might fall

Why has Roku risen so high? November's revenue beat was certainly one reason. But as Citi argues, there are other reasons investors are paying through the nose for Roku.

Among these, Citi notes that there are only about 18 million shares of Roku available for trading on the market, and more than half of these shares (9.2 million) turn over every trading day, on average. This constricted supply of Roku stock, warns Citi, is artificially inflating demand for the shares.

What's more, the analyst notes that aside from Roku itself, there are relatively few pure-play ways for investors to play the "OTT theme." Netflix (NASDAQ:NFLX) is one notable exception, and Netflix sells for 18 times next year's expected gross profit -- which makes Roku stock look only slightly more expensive by comparison. On the other hand, says Citi, at least some of Netflix's gross profits fall to the bottom line, resulting in a profitable stock. Roku is not profitable, however. Although the analyst is impressed with Roku's growth, and says it is "positive ... on Roku's growth outlook," Citi believes the stock's lack of profits means Roku shares should sell for a lower multiple to the company's sales and gross profits than Netflix currently enjoys.

How low could Roku go?

How much lower, you ask? Citigroup's posited a $28-per-share price on Roku, which works out to the analyst estimating $2.7 billion as a fair market capitalization for Roku.

According to data from S&P Global Market Intelligence, analysts are looking for Roku to earn gross profits of $270 million next year. Thus, Citi appears to be making a round assumption that 10 times gross profits is a fair price to pay for Roku stock -- not unreasonable if Netflix is selling for about twice that, and earning a net profit as well (which, again, Roku is not expected to do before 2019).

The fact that the price is fair, however, won't come as much comfort to Roku shareholders if it requires the stock price to be cut in half to get there.