So what drove the gains, and could there be more upside ahead? 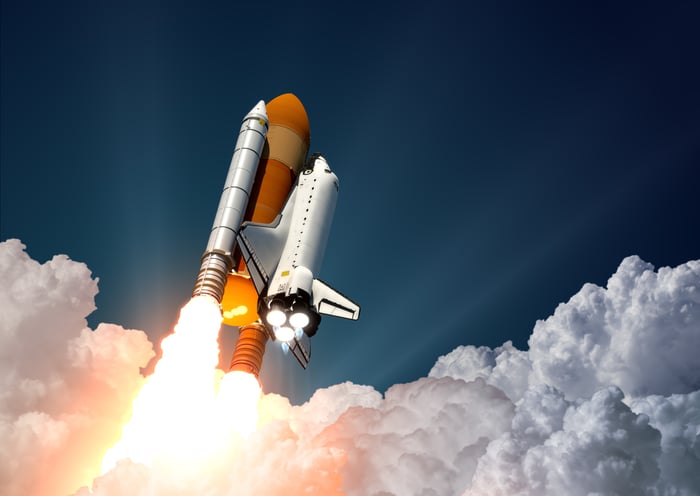 Pieris Pharmaceuticals is a clinical-stage biopharma that is focused on anemia, immuno-oncology, and respiratory diseases. Investors can thank a series of positive announcements for the massive jump in 2017, including:

What's more, this wasn't the first time that Pieris succeeded at getting a big pharma company to take notice. Pieris had previously struck collaboration deals with industry giants like Allergan, Sanofi, Roche, and Daiichi Sankyo.

Given the vote of confidence from the big boys and clinical success, it isn't hard to figure out why shareholders had a great year.

The new gene-editing technique known as CRISPR is getting a lot of attention from investors these days (and for good reason), but CRISPR isn't the only game in town. Sangamo has been working on a gene-editing technology called zinc finger nuclease (ZFN) for years and is much further along with the development process than those who focus exclusively on CRISPR. The company boasts a number of products that are already in the clinic, including potential treatments for mucopolysaccharidosis (MPS), beta thalassemia, hemophilia, and HIV.

Sangamo's stock went parabolic in 2017 thanks to a handful of positive updates, the most important of which was the signing of an important deal with Pfizer (NYSE:PFE). The pharma giant agreed to pay $70 million up front to get their hands on SB-525, which is Sangamo's hemophilia drug candidate. Pfizer clearly sees a lot of potential for the product candidate, which makes sense since it has already earned fast-track designation from the Food and Drug Administration. SB-525 is currently being used in a phase 1/2 study, and if all goes well, then a phase 3 program could be right around the corner. 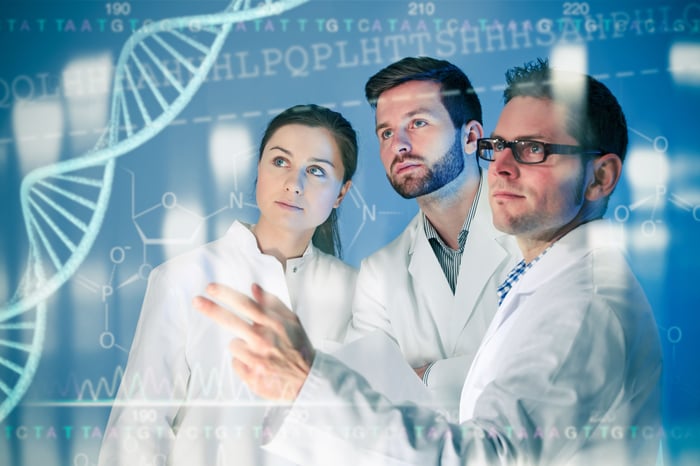 In early 2018, Pfizer doubled down on its partnership by announcing that the two companies would be teaming up to find a treatment for amyotrophic lateral sclerosis (ALS). The deal netted Sangamo an additional $12 million in up-front payments.

Pfizer's willingness to throw money at Sangamo twice should speak volumes about the company's technology and long-term potential.

Madrigal's shareholders can thank a pair of positive clinical updates for its monster run in 2017.

The good times got started in September. Investors learned that an independent data safety-monitoring board recommended that the company's phase 2 study involving its drug MGL-3196 as a treatment for heterozygous familial hypercholesterolemia (HeFH) and non-alcoholic steatohepatitis (NASH) should move forward. Since the NASH market is projected to be huge, investor enthusiasm from the news seemed warranted.

However, Madrigal's shares really took off in early December after investors got a look at the data from the study. The phase 2 trial showed that using MGL-3196 met the study's primary endpoint and showed a range of improvements when compared to a placebo. Madrigal's shares nearly doubled on the day the news was released.

There are no currently approved NASH treatments on the market, so if MGL-3196 is the real deal, then Madrigal's investors could be in for a financial windfall.

I'm a believer that winners tend to keep on winning, so I don't think it is a bad idea for risk-loving investors to take a small position in all three of these speculative stocks right now. However, I must admit that Pieris Pharmaceuticals is the most intriguing one to me. The company has already managed to extract up-front payments from an impressive pool of partners, which is something that I like to see when I'm considering a small-cap biotech stock. What's more, even after the big run, Pieris' market cap is only about $300 million, so there could be plenty of upsides left if any of its early-stage compounds work out.

Having said that, all three of these companies are still in the early stages of product development, so there is still a ton of risk on the table. For that reason, I won't be committing any capital to them right now, but I do plan to follow their progress with great interest.