If you're trying to beat the market, you need to develop a variant perception. To do so, you need to focus on situations or information that the consensus view is under-appreciating or ignoring altogether.

In that spirit, this is the inaugural article for a weekly series that will highlight stock market stories that have flown under the radar. In this week's column, we look at why Dow 25,000 isn't the most important milestone of the week, what a new entrant at the top of the rich lists tells us about the enthusiasm for cryptocurrencies, and why you ought to forget about willpower when it comes to achieving your goals. On Wednesday, the Dow Jones Industrial Average (DJINDICES:^DJI) closed above 25,000 for the first time, to much fanfare in the financial media. However, as the Financial Times' Robin Wigglesworth pointed out on Friday, U.S. stocks achieved another milestone this week:

As of yesterday, the S&P 500 (SNPINDEX:^GSPC) had gone 385 trading days without suffering a 5% reversal, according to Goldman Sachs. That is the third-longest streak on record, after a 386-day run that ended in 1965 and a remarkable 394-day stretch as the dot-com bubble was beginning to inflate in the mid-1990s. That record looks certain to fall later in January, with 2018 picking up the low-volatility baton smoothly from 2017.

Investors need to avoid being lulled by this long reversal-free climb into believing that the current level of stock market volatility is normal. It's totally abnormal: Stocks are inherently volatile -- that's one of the reasons stock investors can expect, over time, to earn superior returns to bonds and cash. It's important to remind yourself of this fact to avoid letting fear shake you out of the market once volatility returns -- which it must, inevitably.

My colleague Dan Caplinger has identified the four stocks that are responsible for nearly half of the Dow's leap from 20,000 to 25,000, and he discusses their prospects.

Cryptocurrencies: Is this guy really worth more than Mark Zuckerberg?

On Thursday, The New York Times highlighted an extraordinary manifestation of the speculative mania in cryptocurrencies:

At one point on Thursday, Chris Larsen, a Ripple co-founder who is also the largest holder of Ripple tokens, was worth more than $59 billion, according to figures from Forbes. That would have briefly vaulted Mr. Larsen ahead of Facebook chief executive Mark Zuckerberg into fifth place on the Forbes list of the world's richest people. 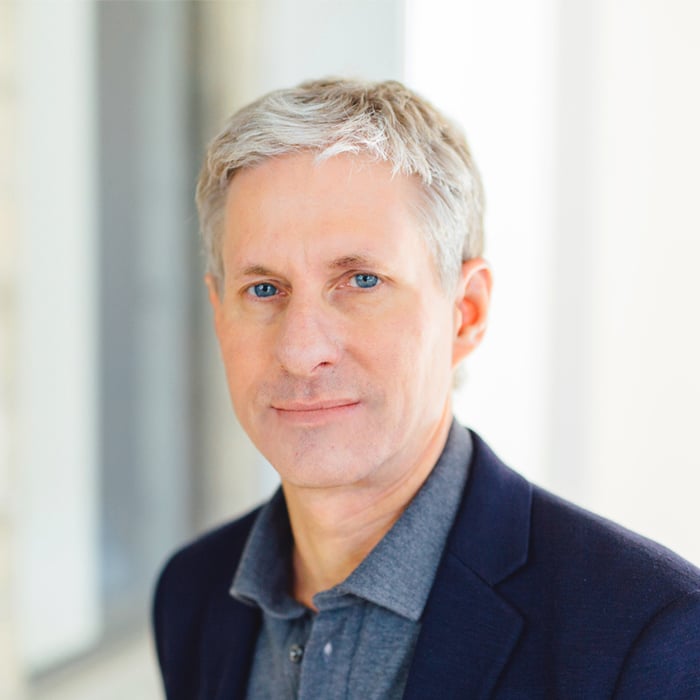 How did Larsen achieve this feat? The article goes on to explain that the value of "[Ripple] tokens soared more than 100% during the last week -- and more than 30,000% in the last year."

This is a striking illustration of excess at work in this mania. Ask yourself: If given the choice, which would you rather own?

The answer ought to be obvious.

Another anomalous result of the ripple's astronomical rise: Ripple, the company, which owns 61% of the 100 billion ripples in existence, was valued at $235 billion on Thursday -- nearly half Facebook's market capitalization.

My question is inspired by the one Warren Buffett put to his shareholders in his 2011 Berkshire Hathaway annual letter in regard to another "alternative" currency:

Today the world's gold stock is about 170,000 metric tons. If all of this gold were melded together, it would form a cube of about 68 feet per side. (Picture it fitting comfortably within a baseball infield.) At $1,750 per ounce -- gold's price as I write this -- its value would be $9.6 trillion. Call this cube pile A.

Let's now create a pile B costing an equal amount. For that, we could buy all U.S. cropland (400 million acres with output of about $200 billion annually), plus 16 ExxonMobils (the world's most profitable company, one earning more than $40 billion annually). After these purchases, we would have about $1 trillion left over for walking-around money (no sense feeling strapped after this buying binge). Can you imagine an investor with $9.6 trillion selecting pile A over pile B?

Buffett went on to offer the following clues to this conundrum:

A century from now the 400 million acres of farmland will have produced staggering amounts of corn, wheat, cotton, and other crops -- and will continue to produce that valuable bounty, whatever the currency may be. ExxonMobil will probably have delivered trillions of dollars in dividends to its owners and will also hold assets worth many more trillions (and, remember, you get 16 Exxons). The 170,000 tons of gold will be unchanged in size and still incapable of producing anything. You can fondle the cube, but it will not respond. Admittedly, when people a century from now are fearful, it's likely many will still rush to gold. I'm confident, however, that the $9.6 trillion current valuation of pile A will compound over the century at a rate far inferior to that achieved by pile B.

Incidentally, since Buffett penned his letter in February 2012, the price of gold is down by 25%, while U.S. stocks have returned 127%.

A better way to stick to your goals

Have you already given up on your New Year's resolutions? Here's a tip: Forget drawing on your willpower and try to cultivate the social emotions of gratitude, compassion, and pride.

According to psychology professor David DeSteno, writing in The New York Times, "As we try to make ourselves study, work, exercise, or save money, the mental effort to keep focused and motivated increases until it seems too difficult to bear. Worse, exerting willpower can take a psychological and physical toll."

That's not entirely surprising, when one considers that "[f]or most of our evolutionary history, none of these self-focused goals mattered or even existed. It's far more likely that what led to success was strong social bonds."

As such, DeSteno recommends cultivating instead what he calls "social emotions":

Reflect on what you're grateful to have been given. Allow your mind to step into the shoes of those in need and feel for them. Take pride in the small achievements on the path to your goals. Doing so will help ensure that every future New Year's Eve will have more to celebrate than to regret.

If you've abandoned your resolutions, financial or otherwise, give yourself permission to start fresh with a new lens that focuses on social emotions, instead trying to summon up grit.