What's going on with Cadillac?

General Motors' (NYSE:GM) luxury brand is a few years into an expensive overhaul that was supposed to push its sales and (especially) profitability upward. But so far, its U.S. sales have gone in the wrong direction: Cadillac's sales fell 8% in 2017, following a 3% decline in 2016.

Now, GM is facing a growing chorus of critics complaining that its luxury revamp has gone off course. What's the story? Does GM's rethink of Cadillac need a rerethink?

I think Cadillac's critics are missing a couple of things. First of all, Cadillac is now a global brand. In fact, it sold more vehicles in China last year than it did in the United States -- and those Chinese sales powered significant overall growth for the brand.

It's true that Cadillac's sales are suffering in its home market, and that's a legitimate reason for concern. But again, I think those critics are missing something: Cadillac has been a victim of a shift in buyer preferences that has caught it out in the midst of its product overhaul. 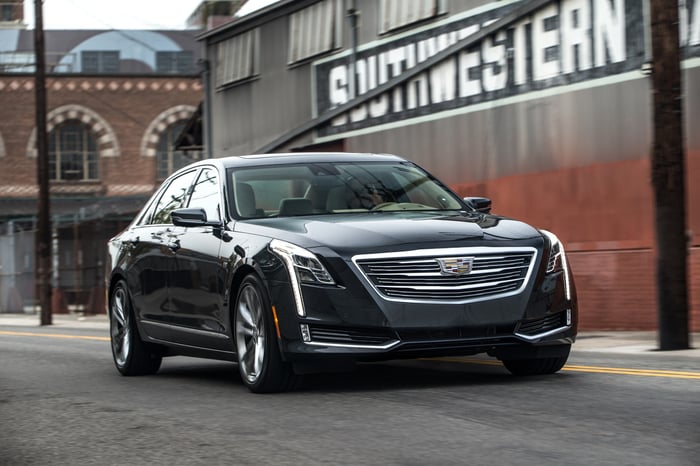 Why Cadillac's U.S. sales have been so weak

More buyers are choosing SUVs, particularly the new generation of car-based "crossover" SUVs, over traditional sedan and coupe models. Most automakers's sedan models struggled in the U.S. in 2017. But because the Cadillac revamp started with its cars and is just now proceeding to its SUVs, the brand's lineup wasn't well-positioned in 2017 -- and Cadillac suffered disproportionately.

Cadillac is hardly the only brand, and GM hardly the only automaker, to see car sales slip significantly over the last couple of years. U.S. sales of GM's sedans as a group were down 18.5% in 2017 versus 2016. Sales of GM's crossovers rose 17% last year, suggesting that it was able to recapture at least most of those lost sedan sales. 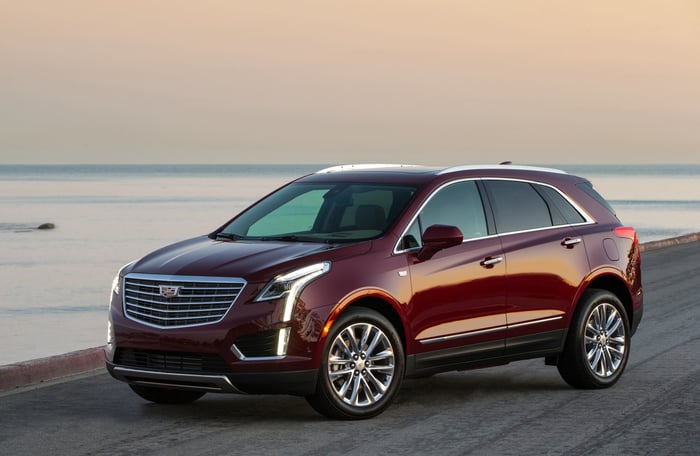 Sales of Cadillac's lone crossover, the XT5, have been great -- but not great enough to offset the steep declines of the brand's sedans. Image source: General Motors.

Rival BMW's (OTC:BAMXF) U.S. sales of sedan and coupe models fell 3.4% in 2017 despite strong results for its all-new 5 Series. And Ford Motor Company (NYSE:F) saw big declines in sales of both its mainstream Ford-brand car models (down 14.9%) and upscale Lincoln sedans (down 2.9%).

But that didn't help Cadillac much, because most of those crossovers weren't Cadillacs. At the moment, Cadillac only has one crossover model, the XT5.

Data source: General Motors. Escalade sales include the standard model and the long-wheelbase Escalade ESV. In addition, U.S. Cadillac dealers reported a total of 173 sales of two discontinued models, the SRX and ELR, in 2017.

The XT5 replaced an older, similarly sized crossover, the SRX, partway through last year. Combined sales of the two were up 37% in 2017, but that wasn't enough to overcome the big year-over-year declines in sales of 3 Cadillac sedans -- half of the brand's current U.S. lineup.

The good news is that this is a problem that is already in the process of being fixed. Cadillac's marketing chief, Uwe Ellinghaus, confirmed in late 2016 that at least two completely new Cadillac crossover models will be released over the next couple of years, one smaller than the XT5, and one larger. There may also be a third new Cadillac crossover, a small one, in the works.

In addition, an all-new version of the big truck-based Escalade SUV is also expected, likely in late 2019 or early 2020. Together, the new SUVs will give Cadillac more products in the industry's hottest segments -- and that's when we'll be able to fairly evaluate the success-or-not of GM's Cadillac revival.