It didn't take long for Control4 to begin the year's astronomical rise. Shares soared 20% in a single day in early February, after the company delivered a significantly better-than-expected fourth quarter of 2016; revenue climbed 34% year over year to $54.5 million, while adjusted earnings per share more than quadrupled to $0.31. At the time, Control4 CFO Mark Novakovich credited "consistently improving cross-company performance," as well as significant operating leverage as its relatively small business continued to scale. 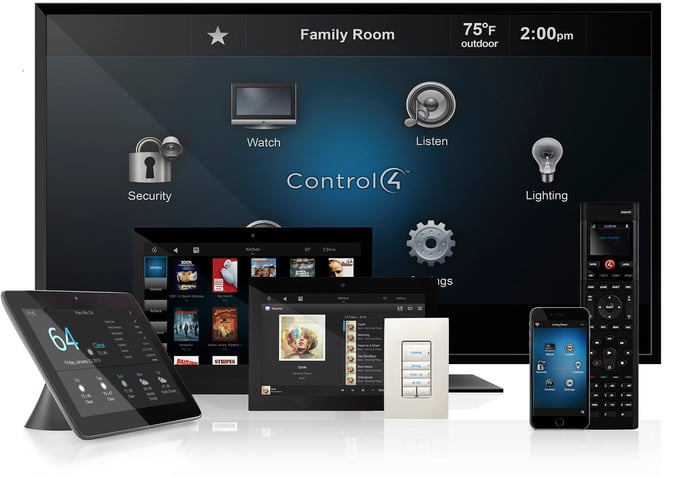 Control4 sustained its momentum over the ensuing months, with shares rising thanks to a combination of its addition to the S&P SmallCap 600 Index in August -- which served as validation more than anything, however immaterial -- as well as new product launches and multiple analyst upgrades.

Most recently, Control4 stock skyrocketed 19% in a single day in November, after its third-quarter earnings of $9.6 million, or $0.35 per share, arrived far ahead of the $0.26 per share those analysts predicted.

According to Control4 CEO Martin Plaehn, the company is enjoying positive reception by both its dealers and customers for the newest products released under not only its namesake smart home brand, but also its Pakedge home networking and Triad audio lines -- names it acquired in early 2016 and early 2017, respectively.

Earlier this week, Control4 extended its acquisitive ways with the strategic purchase of the intellectual property and key operating assets of Texas-based Ihiji, a leader in remote management services for technical integrators serving connected home customers.

Control4 plans to combine its BakPak cloud management system with Ihiji's Invision solution into a single unified service platform, a move that should further streamline remote management and troubleshooting for Control4 dealers to better support their customers. Of course, the goal here is to ensure that there's a little as possible preventing the increasing ubiquity of Control4's solutions in these early stages of its long-term growth.

In the meantime, investors will need to wait until Control4's fourth-quarter report next month before they receive more color on its continued progress to that end. But given its massive outperformance in 2017, it's safe to say most shareholders should already be more than pleased with Control4 stock today.