In just a few weeks, everyday investors will be able to buy shares of Spotify stock. The streaming music company filed its initial public offering (IPO) documentation with the SEC at the end of December, according to a report from Axios.

Music streaming is an increasingly crowded space, with big tech giants like Apple (NASDAQ:AAPL) and Alphabet's (NASDAQ:GOOG) (NASDAQ:GOOGL) Google all competing. Nonetheless, Spotify remains on top of the charts, winning millions of new listeners and paid subscribers every month.

Here's everything you need to know before making an investment in Spotify stock. 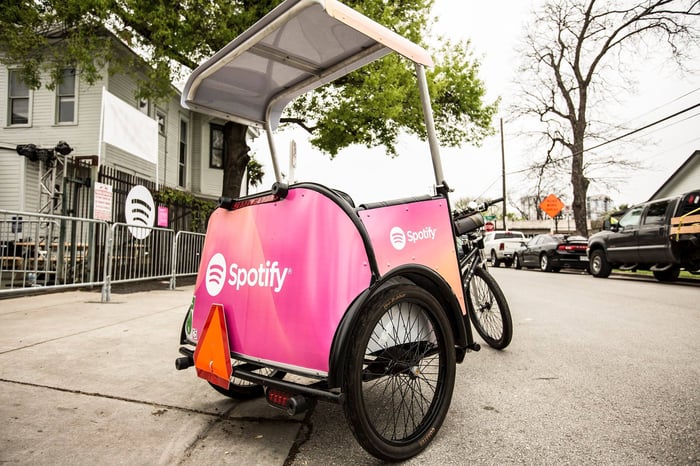 Spotify is said to be exploring a direct listing instead of an IPO.

With an IPO, a company works with investment bankers to underwrite the offering. The bankers will crunch the numbers, determine a value for the company, and buy the stock directly off the company. The banks can then turn around and sell the stock on the market. This creates some stability in the stock price because the underwriters have shown a willingness to buy the stock at the IPO price.

A direct listing bypasses all that, and -- as the name implies -- lists the stock directly on an exchange like the NASDAQ or New York Stock Exchange. That leaves it up to the market to determine the value of the shares.

Spotify stands to benefit from a direct listing because it's a well-known company, which could produce strong demand for its stock. It could avoid leaving money on the table by cutting out institutional investors which take a big cut from fees as well as profiting from underpricing the stock at IPO. Spotify will also avoid diluting its stock, which is a nice benefit for its existing shareholders (like employees).

But there are some big risks. The first is the early days will be extremely volatile for public Spotify stock as the market works to determine its fair value. While that can happen with a regular IPO, the underwriters generally provide a bit more stability. Additionally, Spotify is foregoing raising additional cash through the IPO. Spotify has a good amount of debt on its books, and it could use the cash to pay off the debt.

Spotify is by far the biggest dedicated music streaming service in the world. The company boasts it has over 140 million active users, with 70 million of those paying a subscription fee every month. The company charges about $10 per month for individuals and $15 per month for families of up to six people. Spotify operates in 61 different countries, and prices vary by market.

Spotify's next closest competitor might be Apple Music. Apple last reported its subscription-only music streaming service had over 30 million users. Since the launch of Apple Music, Spotify has added about 45 million new paid subscribers.

Google's YouTube also presents a big competitor to Spotify. YouTube may be the largest free music streaming service in the world, with over 1.5 billion users streaming one hour of video per day on mobile. More than likely, a large portion of that video streaming is just music videos. Google has worked to launch its own music streaming service multiple times, but it's never quite caught on. 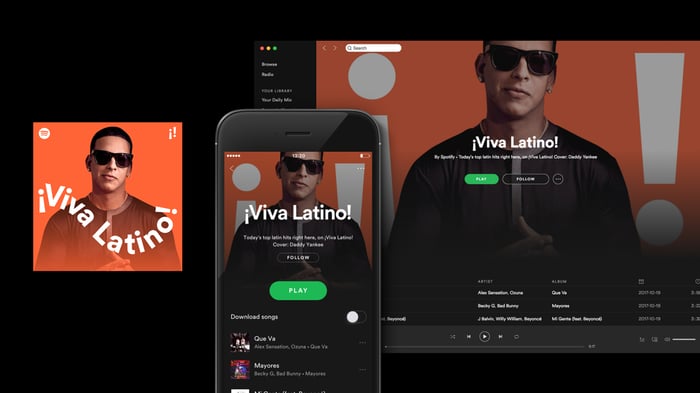 One of the big factors contributing to its widening loss in 2016 was its decision to take on $1 billion in debt. That note came with special terms including a 1 percentage point increase in the interest rate every six months until the company makes its public debut. But Spotify reportedly raised capital in a deal with Tencent to pay off this $1 billion note. The company also says foreign exchange rates negatively impacted earnings as well.

Management says it believes it will become profitable at scale, but it's unclear what "scale" means if 70 million paid subscribers isn't it. To be sure, gross margin improved to 22% in the first half of 2017 from 15% in all of 2016. Revenue is still growing rapidly as well, expected to have increased 40% last year.

Spotify has renewed licensing deals over the past year with all three major music publishers. The terms of the deals may be more favorable for Spotify in terms of fees, but could limit some releases to premium subscribers for a period of time before free listeners get a chance to hear them. That might have been a problem for Spotify five years ago when it only had 5 million subscribers, but it's much more advantageous today.

In December, Spotify and Tencent (OTC:TCEHY) agreed to a stock swap. Tencent bought a small stake in Spotify (less than 10%). Likewise, Spotify agreed to buy a similar stake in Tencent Music Entertainment with its stock, making Tencent and its subsidiary stakeholders in Spotify.

Tencent Music Entertainment, or TME, is expected to make its IPO this year as well. It's currently valued around $10 billion, and the IPO could raise over $1 billion. TME has twice as many paid subscribers as Spotify, although they're limited largely to China.

Although Spotify's stake in TME is relatively small today, the company is growing rapidly, and the investment could contribute meaningfully to Spotify's value at some point in the future. 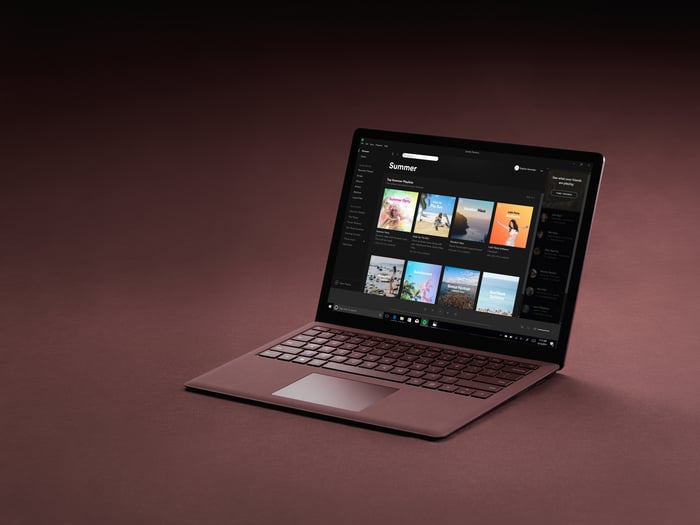 Spotify is facing a $1.6 billion lawsuit

Spotify has often fought off attacks against it for copyright infringement, but it recently got hit with its biggest threat yet. Wixen Music Publishing is suing Spotify for about $1.6 billion claiming it didn't properly acquire the licensing rights for over 10,000 song compositions. It's asking for $150,000 for each song, the maximum award possible under the U.S. Copyright Act.http://money.cnn.com/2018/01/03/technology/spotify-lawsuit-wixen-songs/index.html

Spotify has faced litigation from several songwriters and music publishers. It paid a $43 million settlement to a group of songwriters in May, and it's currently facing three other lawsuits in Tennessee from songwriters and publishers.http://money.cnn.com/2018/01/03/technology/spotify-lawsuit-wixen-songs/index.html

This is a risk for people to keep in mind when considering an investment in Spotify. It should be featured prominently in its SEC disclosure.

Spotify stock is valued at $19 billion

Shares of Spotify stock recently traded hands at $4,200 per share, giving the company a value of $19 billion, according to Reuters. When Spotify is actually listed on an exchange, its price could be even higher, considering private investors take on some illiquidity risk -- i.e., it's much harder to find a buyer in a private market.

As the clear leader in the fastest-growing part of the music industry, it may be worth paying the hefty price tag for Spotify stock. Until we get a closer look at the details, it'll be hard to tell whether $19 billion is a good valuation for the company or not. Rest assured, the market will figure out a price for Spotify stock fairly quickly once it goes public. Whether you want to pay that price is another question.