Amazon.com's (NASDAQ:AMZN) $13.7 billion acquisition of Whole Foods Market shook up the retail sector, stunning investors and sending supermarket stocks plunging. Indeed, it was a surprising move and indicated a new direction for Amazon, but the worst lesson investors seemed to take from the deal is that it immediately conveyed value on all other brick-and-mortar retailers as if they could be the next targets of Amazon.

Former Sears Holdings (NASDAQ:SHLDQ) board member Bruce Berkowitz argued that the deal made Sears more valuable, telling Bloomberg, "It says to me that there is a need for physical space in retailing."

Others have suggested over the years that Amazon acquire Sears.  The agreement Kohl's (NYSE:KSS) made late last year to set up Amazon shops selling gadgets like Echos and Kindles and to accept Amazon returns in some stores also sparked rumors that Amazon would eventually acquire Kohl's.

Then last week, tech analyst Gene Munster threw more fuel on the buyout fire, predicting that Amazon would acquire Target (NYSE:TGT) this year. He argued that Target is the ideal offline partner for Amazon for two reasons: shared demographic and manageable but comprehensive store count."

However, the enthusiasm from Munster and other for another Amazon retail buyout is foolish. Here's why. 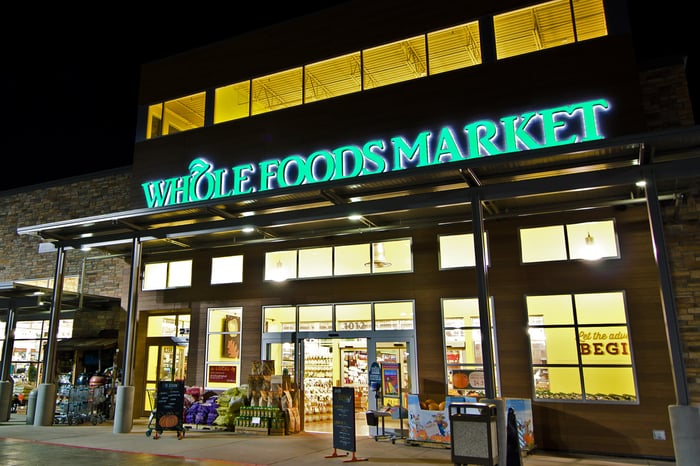 The Whole Foods deal was unique

The Amazon-Whole Foods tie-up made sense in a number of ways that no other acquisition would for Amazon. First, the two companies have similar customer bases, both targeting higher-end customers in cities and their customer bases have a significant overlap. Also key in the deal, Amazon had been angling for a position in the $800 billion grocery market for a decade, since it launched Amazon Fresh in Seattle in 2007. However, it had had little success, prompting the bid for a brick-and-mortar partner.

The timing was also excellent, with Whole Foods' shares having fallen because of a string of comparable sales declines and because activist investor Jana Partners had taken a stake in the company, agitating for a sale. As a result, Amazon got a good price for a great brand in a category it desperately wants to grow in.

No other retailer presents that kind of opportunity. Shoppers flock to Target and Kohl's to buy things like apparel, home goods, and electronics, categories Amazon already competes well in online. Amazon is already on its way to becoming the country's biggest apparel seller. Its success in electronics has put chains such as Circuit City and hhgregg out of business, and it's building out its own furniture and home-goods business. Adding Target's nearly 2,000 stores for a price of more than $40 billion to gain an offline presence in those categories just doesn't make any sense.

Finally, the company needs time to digest the Whole Foods acquisition, optimize the stores, and integrate Whole Foods with Amazon's platform. Taking on another retail giant now would just be too much of a mess.

The Whole Foods acquisition was by far Amazon's largest in its history, but it was the only time Amazon acquired a brick-and-mortar retailer. On the contrary, the company has made several e-commerce acquisitions, including Zappos, Quidsi, and Souk.com, and it also bought Kiva Systems, which makes robots that automatically move inventory around warehouses to make the picking, packing, and shipping process faster.

Despite its opening a handful of bookstores and testing its cashier-less Amazon Go store, the vast majority of Amazon's retail sales come from the online channel, and it's likely to remain that way, since that's where the company's strengths lie. Acquiring a company like Kohl's or Target would undermine Amazon's own competitive advantages as an online retailer. It would be better off spending that money acquiring another e-commerce company or investing in its own supply chain and infrastructure by building more warehouses or adding to its shipping fleet.

Despite its huge revenue and market cap, Amazon's profits remain relatively thin at less than $2 billion over the last four quarters. While the company could easily pay for an acquisition with new stock and therefore dilute shareholders, it's been reluctant to do that in previous acquisitions. When it acquired Whole Foods, it took on $16 billion in debt instead of acquiring the company with stock. Therefore, it seems the company would be reluctant to shell out more than $40 billion to take over Target, or even more than $10 billion for Kohl's.

Those retailers and any other on the market simply don't provide Amazon with the assets and positioning that Whole Foods did and don't give it a useful advantage. The media loves buyout talk, since it's an attractive storyline, but serious investors should ignore these unfounded rumors.