McDonald's Corp. (NYSE:MCD) shares have nearly doubled over the past five years. That would count as a win for those who held the stock over the period; however, the run up means that income-focused buyers today would only reap a dividend yield of 2.2%. So, if you're looking to add a solid dividend stock to your portfolio, you might instead want to consider buying Pfizer Inc. (NYSE:PFE), Intel Corp. (NASDAQ:INTC), or DSW Inc. (NYSE:DBI). Three of our Fools think their dividend yields make them top stocks to buy now.

Todd Campbell (Pfizer): The 10 highest-yielding Dow Jones Industrial Average stocks every year are called the Dogs of the Dow -- based on the fact that those strong yields reflect punished share prices -- and often, buying them produces impressive gains. This year's Dogs of the Dow list includes a number of interesting stocks, but my favorite among them is Pfizer. 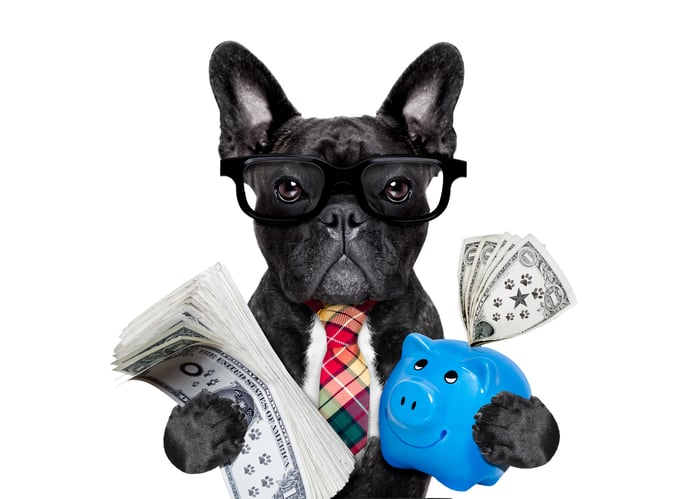 Pfizer is a global drug powerhouse that's on the cusp of becoming a growth stock again. Though it has launched fast-growing drugs including Ibrance and Eliquis in recent years, its top line has been shrinking because its megablockbuster cholesterol drug, Lipitor, lost patent protection in 2011, causing sales to slip.

The Lipitor-related headwinds, however, are easing as it becomes a much smaller contributor to the company's top line. That means 2018 could be the year revenue finally begins to increase meaningfully again.

We're already seeing signs that sales are gaining traction. In Q3, Pfizer's cancer drug revenue increased 46% to $1.62 billion, and as a result, operational growth inched up 1% year over year. The growth of cancer drug sales was driven by a 60% jump in sales of the company's breast cancer drug, Ibrance, and a 34% increase in sales of its chronic myeloid leukemia drug, Bosulif. Companywide revenue also benefited from growing sales of Eliquis, an anticoagulant that delivered $644 million in Q3 sales, up 43% year over year.

The Q3 figures led management to predict that full-year sales would be between $52.4 to $53.1 billion. The high end of that guidance range would eclipse the $52.8 billion in sales recorded in 2016. Pfizer has increased its dividend by about 42% since 2010; currently, shares are yielding 3.5%, and a return to top-line growth could support even friendlier payouts.

Danny Vena (Intel): Intel soared to prominence with the advent of the personal computer, but the PC market has slowly, if not steadily, declined due to the rise of mobile computing. People now use  smartphones and tablets to do many of the tasks that once required a PC. Intel is increasingly focused on the coming technological trends, such as artificial intelligence, with several acquisitions focused on different aspects of AI.

Startup Nervana brought chips that Intel believes will compete with GPUs for training AI systems. Its purchase of Altera was a big bet on field-programmable gate arrays (FPGA), which can be customized for specific purposes after manufacturing. Mobileye, its largest acquisition, embedded the company squarely in the middle of the self-driving cars space. Intel recently revealed that it was supplying chips to Alphabet Inc.'s (NASDAQ:GOOGL) (NASDAQ:GOOG) Waymo autonomous car division to process data from the vehicles' sensors.

These investments appear to be bearing fruit. Intel's programmable solutions group only accounts for 3% of the company's revenue, but recently grew 10% over the prior-year quarter. Revenues from the Internet of Things group, which includes chips used for self-driving systems, grew 23% year over year, and now account for 5.3% of sales. The company still has a tight grip on the market for data center processors: Sales grew 7% year over year and make up 30% of Intel's revenue.

Intel currently sports a 2.36% dividend yield, while only paying out only 36% of its profits. Given its enormous growth potential in nascent markets and that solid dividend, you should have "Intel Inside" your portfolio.

Rich Duprey (DSW): Although 2017 was a rocky year for footwear retailer DSW , it looks like it's beginning to find traction again.

Comparable-store sales remained negative -- it reported a 0.4% decline last quarter and said comps were down 1% year to date. But they're moving in the right direction; in the prior year period, comps were off 1.8% and 1.5%, respectively.

Similarly, revenues in its affiliated business group segment, which wholesales footwear to other retailers, were down 14% year over year, but that was largely due to the bankruptcy of Gordman's, a small department store chain. DSW was able to improve merchandise and gross margins for the segment, and turn a 5% comparable sales decline into a 1% gain.

While DSW's dividend of $0.20 per quarter is about two-thirds less than what McDonald's pays out, its yield of 3.8% is more appetizing than the fast-food chain's 2.3%. And despite the troubles the footwear company has experienced over the past few years, it has held its payout firm. Now, with an improving business and a better outlook, it may also have opportunities to increase that dividend.