This is Enterprise Software Sales 101, executed at an elite level.

Shares of open-source software specialist Red Hat (RHT) gained 72.3% in 2017, according to data from S&P Global Market Intelligence. It was one of those overnight successes that were years in the making.

There was no major breakthrough in Red Hat's business plan last year, no game-changing acquisitions, no extraordinary event with the power of nearly doubling the share price. Instead, the stock rose thanks to many years of high-quality blocking and tackling. 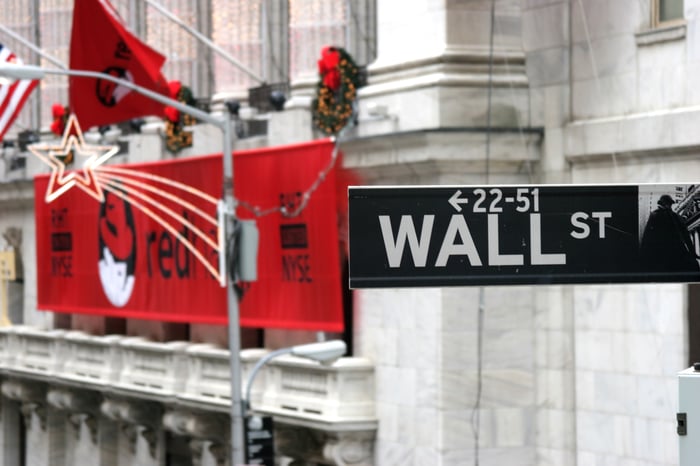 Share prices fell as much as 7% on the news, ending the year on a soft note. But that was after a 21% gain in the previous three months (and a 42% increase in six months). Red Hat's shares were running a little hot, and some investors simply took some of their profits off the table before the end of the year.

Moreover, the company can't even point to a single client category, geographic market, or product line that's driving the top and bottom lines higher. In every earnings call, the story is the same.

"Overall, we continue to experience strong demand across our broad portfolio of technologies," said CEO Jim Whitehurst in the third-quarter call. That's a stable pattern.

Long story short, Red Hat is accelerating its growth in pretty much every category that matters to investors. The share price gains of 2017 were built on a foundation of solid business: 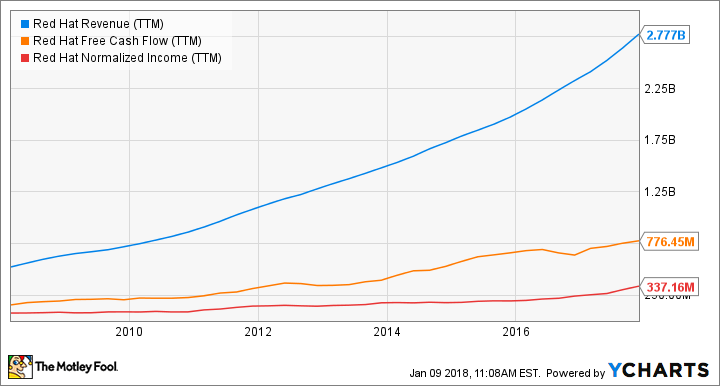