Large cap stocks that come with top flight dividends don't normally gain 54% in a single year. However, that's exactly what the dividend aristocrat AbbVie (NYSE:ABBV) did in 2017, according to data from S&P Global Market Intelligence. Thanks to a global patent resolution with Amgen (NASDAQ:AMGN) that removed the immediate threat of copycat versions of Humira entering the U.S. market, AbbVie's stock took off like a rocket last year.

Per the agreement, Amgen will delay the launch of its Humira biosimilar, called Amjevita, in the U.S. until 2023. However, Amgen's drug is scheduled to hit the market in Europe in the fourth-quarter of this year. 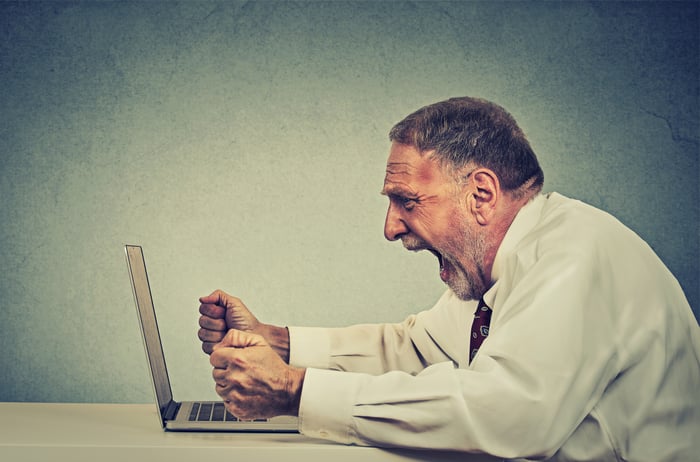 The key takeaway is that AbbVie now has an extra few years to flesh out its oncology portfolio in an effort to drive growth once Humira's sales do eventually start to slide. Humira, after all, is slated to make up over half of the company's revenues in the next two to three years, despite the strong commercial trajectories for its game-changing blood cancer drugs, Imbruvica and Venclexta.

AbbVie's strategic long-term goal is to do the unthinkable: Generate industry-leading levels of revenue growth even after its flagship product (Humira) loses exclusivity. Although all of its peers have struggled mightily once their best-selling products started to face generic competition, AbbVie may, in fact, be able to pull off this unprecedented feat. The drugmaker does have an exceptionally deep clinical pipeline in both immunology and oncology, after all. So, despite AbbVie's monstrous rise in 2017, this top dividend and growth stock is arguably still a compelling buy at current levels.