2017 was a great year for the stock market, but there were many individual companies that saw their shares post even more impressive gains. A host of companies have seen their stocks double in the past year, but not all of them have the potential to build further on their positive momentum. For Ballard Power Systems (NASDAQ:BLDP), AeroVironment (NASDAQ:AVAV), and Mesabi Trust (NYSE:MSB), the potential for yet another double in the future isn't far-fetched -- and greater gains could actually come in short order if things turn out right for their respective businesses. 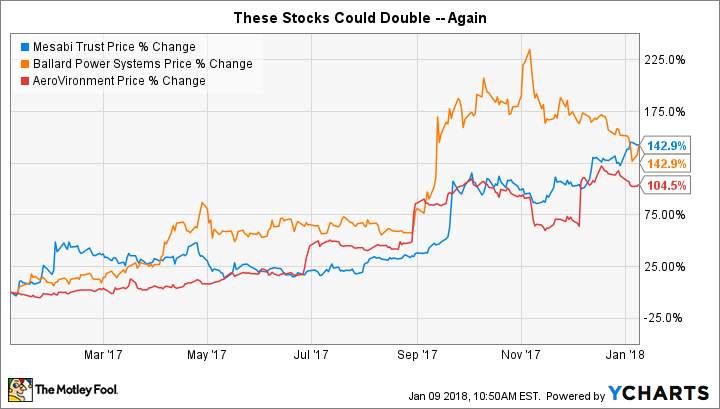 Ballard Power Systems has been specializing in fuel cells for a long time, and it has had some successes over the years that have kept it a relevant player in the industry. Yet last summer's announcement that the company had created a new fuel-cell technology that doesn't require expensive precious metals like platinum led to a big advance for the stock, and significant backlogs of orders have investors excited about Ballard's future.

The big question for Ballard is whether it can become profitable and keep pulling in new supply agreements from its diverse customer base. Customers currently include multiple transportation providers including truck, train, and bus systems, as well as drone manufacturers, forklift makers, and automakers. With the complexity of batteries in powering electric vehicles, fuel cells are a viable alternative that could make Ballard even more successful in 2018 and beyond. 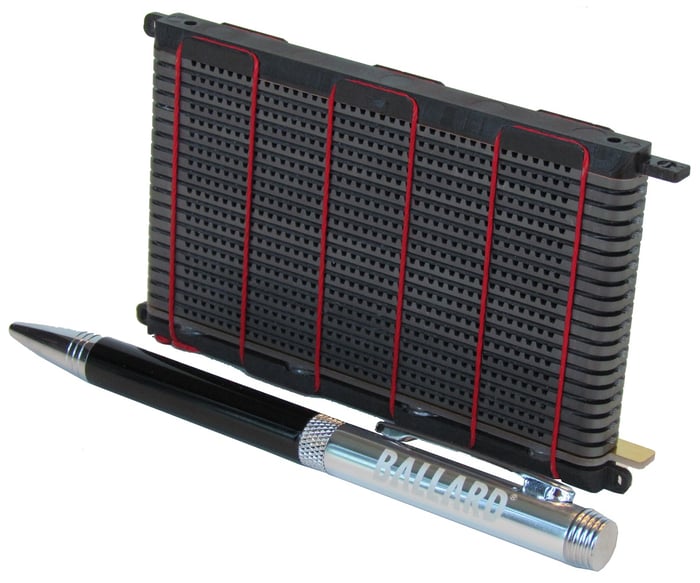 AeroVironment has been looking to profit from the fast-growing unmanned aerial vehicle business for a long time, and its drone production has had huge potential to make an impact on the industry. The company hasn't taken full advantage of its opportunity in past years, but AeroVironment made significant strides late last year with big gains for its drone business.

So far, AeroVironment has largely focused on the military market for its unmanned aerial systems, gaining the confidence of key armed forces that could drive lucrative future contract awards. Yet the real opportunity for AeroVironment could well be in the commercial drone market, especially if wrangling between private industry and federal aviation regulators eventually results in a long-term solution that can support the growing niche more effectively. If AeroVironment can come up with products that will fit with commercial use, then its influence could help make more extensive drone usage a reality more broadly across the economy.

Finally, Mesabi Trust is an interesting play on the new boom in materials. The royalty trust pays income based on the success of its iron ore assets in Minnesota. For several years, weak demand for steel production and oversupply from Chinese iron ore producers led to a collapse of prices for the industrial metal, and that sent trust shares down dramatically. Yet more recently, hopes for new infrastructure spending have spurred an industrial renaissance, and Mesabi shares have risen.

The royalty trust structure of Mesabi Trust introduces some nuances that investors have to understand, including a finite duration of existence. Yet the income Mesabi produces is substantial, and further demand for iron ore could lift prices even further. If steel keeps rebounding, Mesabi could follow suit.

Most stocks that double use up all their potential getting there. But Mesabi Trust, AeroVironment, and Ballard Power Systems all have promising prospects that could bring additional extensive returns. Be sure to keep an eye on how these stocks do throughout 2018 and beyond.