After reporting results from a study evaluating the use of ZX008 in Dravet syndrome patients, shares of Zogenix, Inc. (NASDAQ:ZGNX) surged 229.6% in 2017, according to S&P Global Market Intelligence.

Optimism that cannabidiol (CBD)-rich marijuana can reshape how we treat patients with rare and resistant forms of epilepsy have catapulted GW Pharmaceuticals (NASDAQ:GWPH) into a $3.6 billion company. However, the commercial success of CBD may depend on whether Zogenix's ZX008 studies pan out or fail. 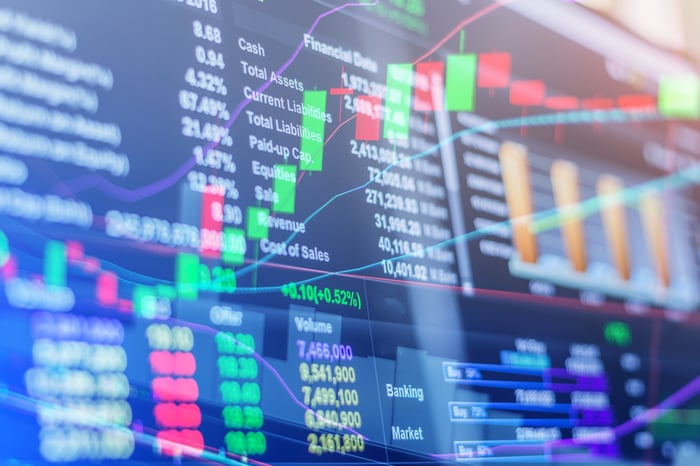 In trials, GW Pharmaceuticals' Epidiolex reduced seizures in patients with Dravet syndrome and Lennox-Gastaut syndrome by between 40% and 50%, depending on the time frame and which study you look at. That's quite an accomplishment, given that patients with these rare forms of epilepsy are notoriously resistant to existing antiepileptics.

However, ZX008 may control seizures even better. If so, it could end up outselling Epidiolex.

In September, Zogenix reported results from a trial showing that patients given ZX008, a low dose of fenfluramine, saw the number of their monthly seizures decline by an average 64% and median 72%. About 45% of ZX008 patients achieved a 75% or greater reduction in monthly seizures.

The potential to outperform CBD in tough-to-treat cases of epilepsy sent Zogenix's shares doubling following the trial results, but Zogenix's shares haven't moved much since then, because investors want to see how the drug performs in additional studies before bidding them any higher.

ZX008's tumultuous past may be one reason investors are holding back some optimism. Fenfluramine was one of two drugs in the anti-obesity drug fen-phen in the 1990s, and fen-phen, you might recall, was yanked from the market because of an increased risk of cardiac events in 1997. So far, ZX008's low-dose approach hasn't raised any safety red flags, but undeniably, investors would welcome seeing positive results from more studies.

Investors probably also want to see if ZX008's Dravet syndrome data can be duplicated in other types of epilepsy, such as Lennox-Gastaut syndrome. Lennox-Gastaut is more common than Dravet syndrome, so it represents a bigger market opportunity for Zogenix and GW Pharmaceuticals. In trials, GW Pharmaceuticals' Epidiolex successfully helped patients with both of these forms of epilepsy.

Even if ZX008's efficacy is confirmed by other studies, however, Zogenix could struggle to compete with Epidiolex, which has a big head start. Marijuana that's high in CBD has been used in epilepsy patients for years, and that's paved the way to acceptance of Epidiolex if it's approved. An FDA decision on Epidiolex is expected later this year.

Overall, I think Zogenix's $1 billion market cap may undervalue ZX008's commercial opportunity, but after this big run-up, I'm content to sit on the sidelines until we have more data.