Shares of programmatic advertising specialist The Trade Desk (NASDAQ:TTD) were on a tear in 2017, climbing an impressive 65.3%, according to data from S&P Global Market Intelligence.

The stock's rise came on the heels of expectation-crushing results throughout the year, including skyrocketing revenue and net income. Notably, however, Trade Desk's 2017 return would have been much higher -- probably well above 100% -- if the stock didn't pull back significantly following worse-than-expected guidance for its fourth quarter.

Though Trade Desk raised its guidance for full-year 2017 financial results in its most recently reported quarter, investors have come to expect bigger growth than management guided for in the remaining quarter of the year. Worse-than-expected fourth-quarter guidance meant the stock pulled back significantly. Management said it expects full-year and fourth-quarter revenue of $306 million and $101 million, respectively. 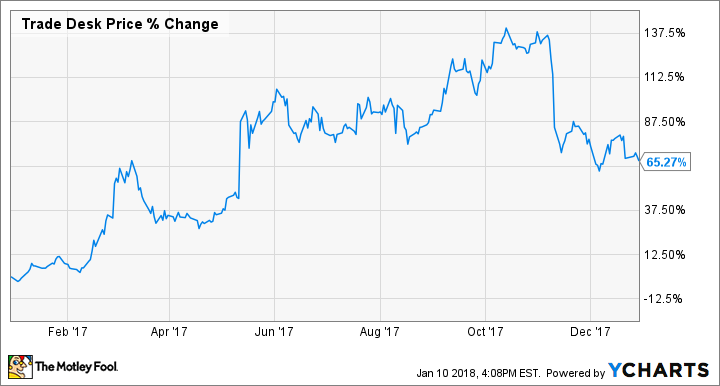 But management is optimistic about 2018, saying it is "excited about the momentum" it has as it enters 2018.