Some say that artificial intelligence (AI) will radically change healthcare in the future. And they're right. But that prediction overlooks an important detail: AI is already significantly changing healthcare. 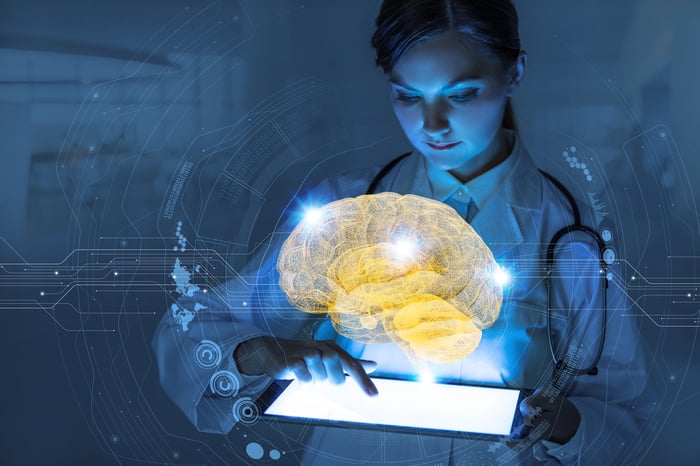 Use of AI in managing care is probably more prevalent than you think. DiSanzo said that roughly 147,000 patients now have their care plans managed with the assistance of IBM Watson Care Manager. She stated that the technology has been particularly useful in behavioral health and social care management.

It takes biotechs and pharmaceutical companies 10 years, on average, to bring a new drug to market, according to industry trade group Pharmaceutical Research and Manufacturers of America. And most experimental drugs never actually make it through to market. DiSanzo said that IBM Watson for Drug Discovery is already helping accelerate the process.

IBM Watson Health collaborated with Barrow Neurological Institute, who used IBM Watson's AI to rank 1,500 proteins for their predicted association with amyotrophic lateral sclerosis (ALS), also known as Lou Gehrig's disease. Of the top 10 proteins ranked by IBM Watson, eight of them proved to be linked to ALS. Here's the kicker: Five of them had never before been associated with the disease.

How could AI achieve something that humans hadn't done previously? DiSanzo stated that IBM Watson "makes invisible data visible." She said that even the smartest medical researchers struggle to keep up with the sheer volume of new information being generated. IBM Watson, on the other hand, was built to churn through the ever-growing amount of research data available. By doing so, the technology holds tremendous potential to bring new drugs to market quicker than ever before.

DiSanzo cited a study performed by Manipal Hospitals in India where IBM Watson for Oncology "agreed" with the healthcare system's multi-disciplinary tumor board-recommended treatment approach in 93% of 638 breast cancer cases. Is IBM Watson recommending cancer treatment on its own? No, but the real potential is for AI to improve the consistency and overall quality of cancer care more quickly, freeing up physicians to spend more time delivering care to patients. 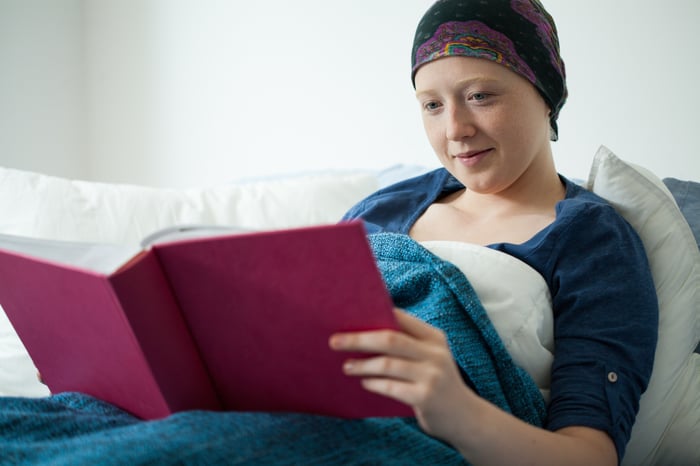 Use of AI in this way is picking up steam. DiSanzo said that in 2015, only one healthcare organization used IBM Watson for Oncology. The following year, that number rose to eight. Now, though, the technology has been deployed in 155 hospitals and healthcare organizations. She also noted that the number of types of cancer for which IBM Watson is trained has increased significantly over the last year or so.

Another study mentioned by DiSanzo was conducted by the UNC Lineberger Comprehensive Care Center. This study used IBM Watson for Genomics to analyze tumor-sequencing data. The analysis found that the AI technology was over 99% accurate in identifying the treatment recommended by the human tumor board. Also, IBM Watson found clinically actionable information for one-third of the patients in the study that human physicians didn't identify.

One underappreciated difficulty with drug development is identifying which patients meet the criteria required for different clinical trials. This is an especially daunting task with cancer drugs, considering that there are nearly 1,000 cancer immunotherapies in development, and even more in pre-clinical testing, many of which could advance to human studies.

That's where IBM Watson's Clinical Trial Matching (CTM) system comes into play. This system eliminates the need to manually compare clinical trial enrollment criteria with patient medical data. Instead, it uses AI to read through all of this data, matching the right patient to the right clinical study.

DiSanzo highlighted some impressive results for the CTM system. Using the AI technology reduced pre-screening wait time by 78% during a 16-week trial period, IBM Watson automatically eliminated 94% of patients who didn't meet clinical trial requirements. This translates to faster enrollment for clinical studies, which ultimately could tie into the goal of accelerating the speed by which new drugs can make it to market.

All of the advances mentioned by DiSanzo are exciting. But what should investors make of it?

IBM's cognitive-solutions segment, which includes IBM Watson Health, currently generates around one-fourth of the company's total revenue. That's a significant amount, but it also means that IBM makes most of its money elsewhere. Buying IBM stock just for its potential to revolutionize healthcare with AI probably isn't a wise choice.

However, the technology giant's leadership in applying AI to healthcare certainly is a big plus. There are also other reasons why the stock could be appealing to investors. IBM stock is valued attractively right now, with shares trading at less than 12 times expected earnings. And it pays a nice dividend that yields close to 3.7%.

These factors, along with others, led my colleague Tim Green to conclude that IBM is the one tech stock you'll want to own if the market crashes. I think Tim is right. And I fully expect AI to become an increasingly important driver for IBM's growth. The company is already using IBM Watson to change healthcare, and there's a lot more change to come.

Editor's note: A previous version of this article incorrectly stated that IBM Watson partnered with Pfizer on ALS research. While Pfizer does use IBM Watson on immuno-oncology research, the partner for ALS research was  Barrow Neurological Institute. The Fool regrets the error.