Frontier Communications (OTC:FTR) ended 2017 as the worst performing telecom stock of the year, shedding 87% of its market cap against the NASDAQ's 28% gain. The regional telco was so battered that it executed a 1-for-15 reverse stock split last July to prevent its stock from dropping below $1.

Bottom-fishing investors might be wondering if Frontier is now a value stock, since its price-to-sales ratio of 0.06 looks very cheap relative to its peers. Let's examine the bear and bull cases for Frontier to decide. 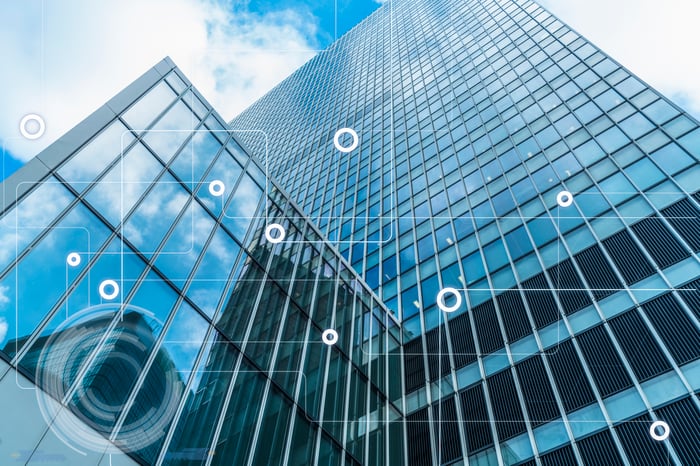 The bear case against Frontier

The bears will likely point out that Frontier isn't fundamentally "cheap", since its $17.6 billion in long-term debt significantly inflates its enterprise value (the amount a suitor would pay for the company's assets and debt). Frontier's enterprise value of about $18.1 billion is much higher than its market cap of about $576 million.

Therefore, Frontier's EV/Revenue ratio of 1.9 is a more accurate measure of its value than its price-to-sales ratio. AT&T (NYSE:T) and Verizon (NYSE:VZ) -- which are in much better shape than Frontier -- have respective EV/Revenue ratios of 2.2 and 2.6.

Meanwhile, Frontier's core business remains in a tailspin due to its shrinking customer base, declining revenues per customer, and high churn rates. Here's how those figures looked last quarter:

Frontier's biggest problem is its ongoing loss of wireline customers. It expanded that business by acquiring Verizon's wireline properties in California, Texas, and Florida in 2016, but clumsily lost hundreds of thousands of those accounts due to billing problems, service interruptions, customer service disasters, and software failures. Frontier also bought AT&T's Connecticut wireline operations in 2014.

Analysts expect Frontier's revenue to rise 2.5% this year, but drop nearly 6% in fiscal 2018 as it keeps losing subscribers. It's also expected to post net losses over the next two years.

That's why Frontier cut its dividend by 60% last May. However, the stock's subsequent decline inflated its forward yield to 33%. That payout is likely unsustainable, since Frontier needs to conserve its cash and equivalents (at just $286 million last quarter) to pay off the $166 million of its long-term debt which matures within the year.

The bull case for Frontier

Those numbers look disastrous, but some Frontier bulls believe that the company might stop the bleeding with the new partnership with Nokia (NYSE:NOK). The deal, which was announced last May, allows Frontier to roll out "fiber-like speeds" to customers in apartments, bundled with new IPTV and data services, with Nokia's G.fast technology.

G.fast technology lets telcos use the existing copper twisted pair wiring in apartment buildings to deliver higher-speed "fiber-like" connections. Without that technology, Frontier would need to drill holes into each apartment unit to install new fiber connections -- which CTO Steve Gable calls "a time consuming and challenging process that can be frustrating for customers."

However, AT&T, Windstream (NASDAQ:WINMQ), and CenturyLink are all reportedly deploying their own G.fast connections -- so Frontier's deal with Nokia merely helps it keep pace with its rivals instead of propelling it ahead of the tech curve.

Other bulls believe that Frontier might be saved by a buyout. But that seems increasingly unlikely due to the massive gap between its market cap and enterprise value. Verizon and AT&T wouldn't buy Frontier after selling it their own wireline assets, while regional peers like Windstream currently face too many headwinds to consider big acquisitions.

Frontier is a troubled laggard in a rough industry. Tough competition and cord cutting will throttle its growth for the foreseeable future, while confidence-crushing reverse stock splits and dividend cuts cast a long shadow over its future. Therefore, investors should steer clear of Frontier this year and stick with better-positioned telcos like AT&T and Verizon instead.