Shares of Facebook (NASDAQ:FB) stock tumbled 5.5% in early Friday trading before retracing to their recent level -- still down 4.5% just before market close. All told, that's more than $20 billion in market capitalization that's just been vaporized.

And would you believe that this is all because of a single Facebook posting?

Late last night, Facebook CEO Mark Zuckerberg posted that, in order to "help people stay connected and bring us closer together with the people that matter to us," Facebook is shifting away from showing "public content," such as sponsored posts and posts from "pages" that users have "followed," that shows up on people's Facebook News Feeds. Instead, users will see more postings from friends, family, and groups they've joined. 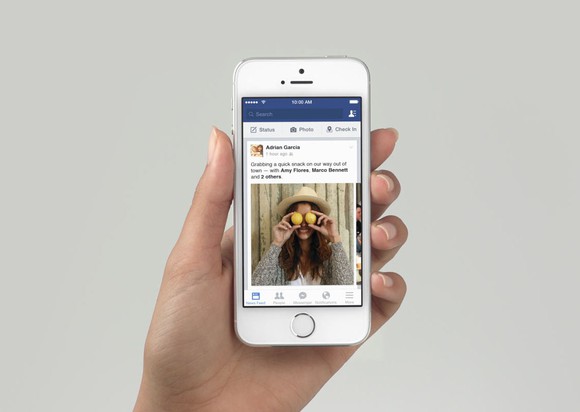 Not everyone likes change, however, and investors right now are wondering what Facebook's latest change in its business model will mean for the stock. Commenting on Zuckerberg's post, Facebook's news-feed head Adam Mosseri attempted to answer this in a posting of his own this morning. Briefly: "Space in News Feed is limited."

Thus, in order to free up space to show more posts from friends and family, Facebook will have to cut back on showing "videos and other posts from publishers or businesses." In particular, free distribution of posts made on company "pages may see their reach, video watch time and referral traffic decrease."

What Facebook didn't say -- but what I think is safe to infer -- is that Facebook is specifically moving to cut down on the visibility of freely distributed postings on pages that users have followed. Facebook said nothing about cutting back on posts that companies have paid money to promote.

This suggests to me that the net effect of Facebook's move may be to actually increase the company's revenues and profits -- at the same time as it increases user satisfaction by suppressing (unpaid) content that users are less interested in seeing. If this is the case, investors who sold off Facebook stock today may find they made exactly the wrong move.