The movie theater business started to go dark in 2017.

Shares of movie theater operator AMC Entertainment Holdings, Inc. (AMC 2.51%) plunged 53.1% in 2017, according to data provided by S&P Global Market Intelligence, as profits began to deteriorate at the box office. The company grew rapidly after acquiring Odeon & UCI Cinemas as well as Nordic Cinema Group for a combined $2.2 billion. That's about the same amount of value as AMC's shares lost in 2017.

Problems began in earnest when second-quarter results were released, showing a loss of $176.5 million on a $202.6 million writedown of NCM assets. What's really shocking is that revenue for the first three quarters of the year was up 59.7% to $2.33 billion, but adjusted EBITDA was only up 27.1% to $534.3 million. 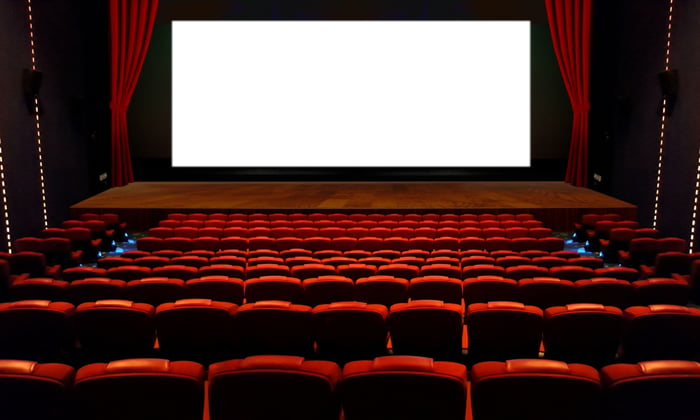 AMC is a high-fixed-cost business, so the company has a lot of operating leverage. That means that if revenue rises 1%, we would expect earnings to rise much more than 1%. But the converse is also true, and if revenue per theater isn't going up, we'll see earnings lag as well. That appears to be happening in 2017.

The problem isn't AMC-centric; it's with the movie business in general. In 2017, ticket sales were down 5.8% in the U.S. and total box office gross was down 2.7% to $11.1 billion. That doesn't bode well for any theater company.

AMC expanded its own business just as the movie theater business started to slow down. With consumers having better access to movies at home and on-demand services getting movies more quickly, there's less reason to go to the movie theater today. That's the harsh reality of the business AMC is in, and that'll make it tough for the company to recover anytime soon.