Shares of 3D printer manufacturer Stratasys Ltd. (NASDAQ:SSYS) jumped 20.7% in 2017, according to data provided by S&P Global Market Intelligence, in an up-and-down year for the stock. Excitement built mid-year on seemingly strong results but subsided as real traction took longer to form than investors may have expected.

Early in 2017, shares climbed as analysts upgraded the stock and earnings came in better than expected. After a couple of years of disappointing results and a plunging stock, investors were looking for any positive signs they could and found enough momentum to send the stock higher. 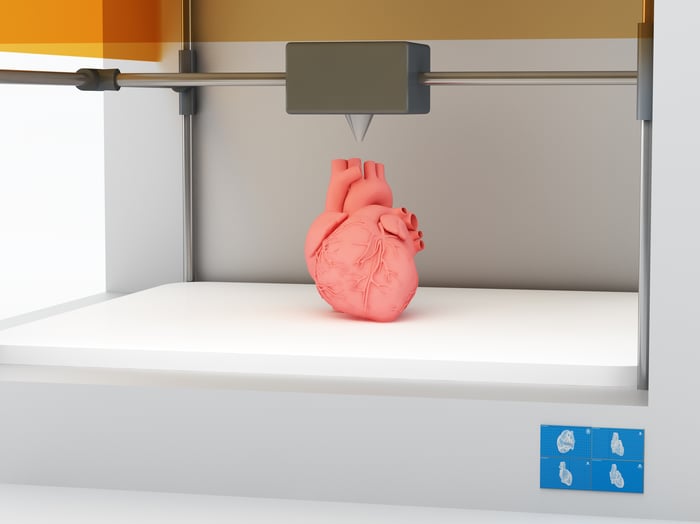 Shares fell back in the last half of the year when that traction seemed to stall. Instead of results being on the high end of guidance, as management had indicated after the second quarter, third-quarter guidance just compressed the guidance range to $655 million to $670 million in revenue. And management is still expecting to lose as much as $1.00 per share on a generally accepted accounting principles (GAAP) basis, meaning there's not a lot of traction in a turnaround for investors to fall back on.

Shares will continue to be volatile until Stratasys can prove it can make a profit consistently. It's beginning to gain traction among corporate customers like airliners and automakers that want a fast way to print parts for replacement or custom projects. But the lead time on turning an agreement into a significant amount of revenue can be years, so the payoff from these deals may be well into the future.

I like the strategic move Stratasys is making in ingraining itself in more corporate developments and moving to more on-demand printing sales, but financials aren't improving quickly enough to indicate that 2017's gains are sustainable. Management has a lot to prove in 2018 to keep this stock moving higher.