Find out how quarterly reports held some stocks back.

The market ended mixed on Wednesday, with various benchmarks finishing on either side of the unchanged line. Investors had to deal with some conflicting news affecting their big-picture outlooks on the near-term prospects for stocks, and a lot will depend on how key issues like trade, interest rates, and political controversy in Washington pan out. Some individual stocks took substantial losses due to poor recent financial performance. Canada Goose Holdings ( GOOS -7.26% ), SmileDirectClub ( SDC -9.37% ), and Stratasys ( SSYS -6.56% ) were among the worst performers. Here's why they did so poorly.

Canada Goose has a China problem

Shares of Canada Goose Holdings dropped 11% following the outerwear specialist's fiscal second-quarter financial results. On their face, the company's numbers looked strong, including a 28% rise in revenue and a 24% jump in adjusted earnings per share. CEO Dani Reiss pointed to "the strength of our brand and power of our unique business model" in driving strong performance. However, Canada Goose noted that protests in Hong Kong have had an adverse impact on its business, and some pointed to worries that some of the company's growth might have gotten pulled forward from future quarters. Shareholders in general seem to be concerned that ongoing geopolitical uncertainty in the region could continue to weigh on Canada Goose for the foreseeable future. 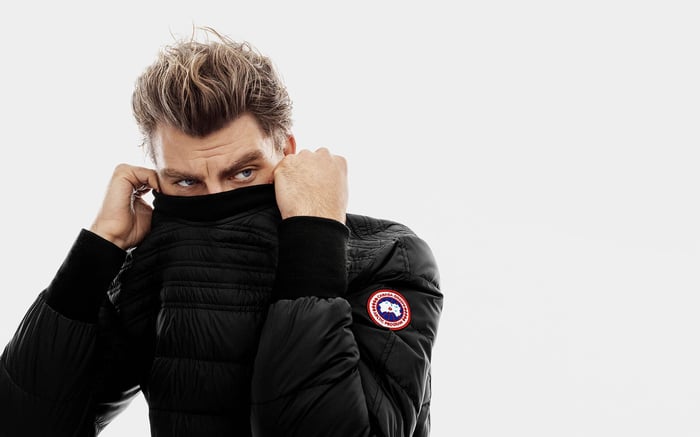 A big frown from SmileDirectClub

SmileDirectClub's stock plunged 20% after the dental alignment company reported significant losses in the third quarter. Revenue jumped more than 50% year over year during the period, and shipment counts climbed above the 106,000, up from just over 72,000 in the year-ago quarter. However, the amount of red ink for SmileDirectClub increased dramatically, due largely to higher market and selling expenses along with regular overhead costs. With near-term projections indicating more losses to come, it'll take a while for SmileDirectClub to start matching up with the bullish investing thesis that many shareholders have for it.

Finally, shares of Stratasys fell 11%. The 3-D printing specialist said that revenue for the third quarter of 2019 eased lower by 3% from year-ago levels. Adjusted net income climbed more than 10% year over year, but investors weren't pleased to see a big spike in overhead expenses. Stratasys also gave a dour outlook for the full year, failing to meet shareholders' expectations. Interim CEO Elan Jaglorn hopes that the company can wait out sluggish economic conditions across the globe until economies in Europe and the Asia-Pacific region can start bouncing back. Investors don't seem willing to stick around, however, sending Stratasys shares toward their worst levels of the year.

Why Shares of Stratasys, Ltd. Plunged 12% on Monday