BlackBerry (NYSE:BB) investors were a happy lot last year as the stock delivered impressive gains of about 62%, beating the NASDAQ 100 Technology Sector Index by a wide margin. This terrific outperformance was a result of the onetime smartphone giant's transformation into a security software and services provider.

It won't be surprising if BlackBerry keeps up the momentum in the new year, thanks to catalysts in two crucial areas that could work in its favor. 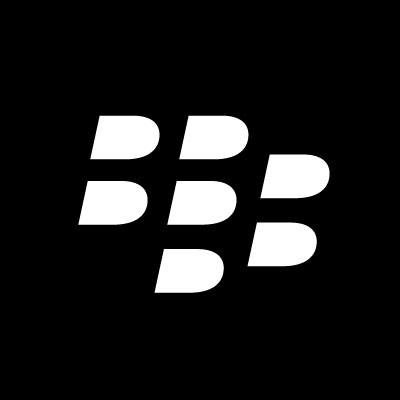 There's a huge opportunity for BlackBerry in securing communication among connected cars and self-driving vehicles, as well as in vehicle telematics. It has stepped up its efforts in the automotive space via recent partnerships and customer wins.

For instance, BlackBerry's QNX software platform was selected by 10 automotive suppliers in the last-reported quarter. The software specialist now counts the top three automotive component suppliers -- Bosch, Denso, and Magna -- as its clients. This follows BlackBerry's recently announced partnership with Qualcomm for the use of the QNX software platform in the chipmaker's hardware offerings that will be used in vehicle cockpit equipment.

BlackBerry has already started capitalizing on its partnership with Denso. The two companies have developed an integrated Human Machine Interface (HMI) platform, in collaboration with Intel. This integrated HMI platform is aimed at unifying the different elements of a vehicle's cockpit -- such as instrument clusters and navigation systems -- to work in tandem with each other to create a more functional and safe cockpit.

BlackBerry is doing the right thing by targeting the digital cockpit niche in the automotive industry. According to one estimate, sales of automotive cockpit electronics products could jump from $34 billion in 2016 to just over $66 billion in 2024.

The good news is that BlackBerry's partnerships could be fruitful sooner rather than later as Denso plans to deploy the HMI platform in cars to be released from 2019.

BlackBerry is also going after the commercial trucking fleet market through its Radar asset tracking solution. The company is aggressively lining up sales partners to boost the reach of its fleet tracking solutions, and it made a big breakthrough last month by tying up with Pana-Pacific,which will distribute BlackBerry Radar to more than 2,800 heavy truck dealerships across North America. This will improve the visibility of BlackBerry's solution, and probably help it land more customers given the company's claims that it can collect 100 times more data than conventional global positioning satellite (GPS) systems. In this way, BlackBerry could make a dent in the fleet management space that's expected to grow at 16% annually over the next five years.

Gaining traction in the government sector

More specifically, BlackBerry landed 36 deals worth more than $100,000 in the U.S. federal space, with seven of these deals being worth in excess of $1 million. As a result, the number of customers on platforms approved by FedRAMP (Federal Risk and Authorization Management Program) increased 40% last quarter.

BlackBerry expects its government-related business to grow further as it is on track to receive security authorization from more U.S. federal agencies.

The company's contracts in the automotive and the federal space boosted BlackBerry's software and services revenue by 15% in the last-reported quarter, and the momentum will not die anytime soon given the points discussed above. In fact, BlackBerry forecasts that its business model switch will enhance its total addressable market from just $4.9 billion in 2015 to almost $18 billion next year.

In all, BlackBerry seems set to sustain its momentum. This makes it an enticing bet as the stock's trailing price-to-earnings ratio of 16.7 is well below the industry average of 47.4. So investors still have an opportunity to buy into BlackBerry's turnaround.