By any standards, The Boeing Company (NYSE:BA) had an outstanding 2017. The stock's 89% rise is startling for a company of such size and a testimony to how many things went right for the company. I'm going to pick out a few of the highlights of 2017.

Clearly, it was a busy year for Boeing, and the company got most things right.

Based on the record production rate of 763 aircraft in 2017, Boeing's backlog of 5,864 aircraft represents 7.7 years of production. That's an impressive figure in its own right, but considering that margin and cash flow are increasing in line with production ramps, it suggests that Boeing is set for strong growth in earnings and cash flow in the coming years.

Moreover, production ramps on the 737 and planned increases in the production rate on the 787 program to 14 a month in 2019 imply that Boeing is taking full advantage of its burgeoning backlog. 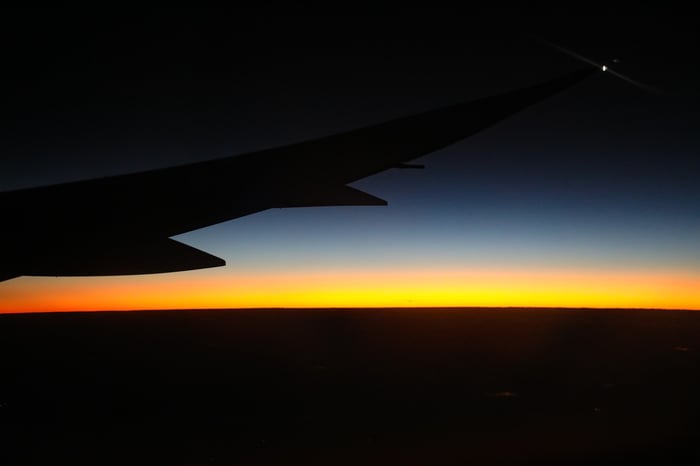 The International Air Transport Association (IATA) forecasts that passenger growth will increase 6% in 2018 from a 7.5% increase in 2017, with airlines' net profit estimated to rise 11% to $38.4 billion in 2018. That's good news for Boeing, and suggests the potential for ongoing growth in its order book. The challenge and opportunity for 2018 is for management to execute as well as it did last year and increase margin as it ramps up production on the 737 and 787 programs while bridging production on the 777 to the 777X.