Insys Therapeutics (NASDAQ:INSY) is, without question, one of the hottest marijuana stocks on the market. The biotech's market cap more than doubled in less than five weeks beginning in December, before giving up some of those gains. That's a huge turnaround from the stock's free fall in the previous months. 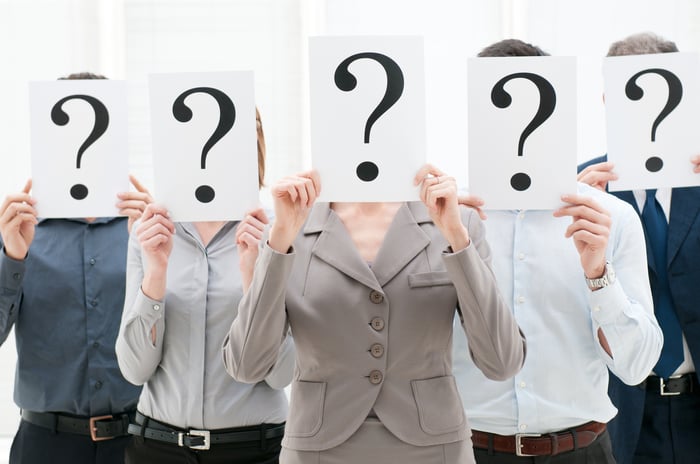 1. What will happen with the ongoing investigations?

Motahari stated that Insys' No. 1 priority was to resolve government investigations into its past marketing practices and rebuild the company's reputation. Insys has made some progress in resolving several state investigations, including reaching settlements with Oregon, Illinois, New Hampshire, and Massachusetts. The company has also taken significant steps to rebuild its reputation, such as cleaning house in the executive ranks and replacing most of its salesforce.

However, the U.S. Department of Justice (DOJ) investigation continues, as do investigations by a few other states. In October, Insys set aside $150 million as a best estimate of the minimum liability exposure the biotech expects to pay over the next five years in legal settlements. There's no guarantee that amount will be enough, though. The question about what will happen with these investigations remains a dark cloud hanging over Insys.

During the first three quarters of 2017, sales for Insys' lead product, breakthrough cancer pain drug Subsys, plunged 42% year over year in the wake of national concerns over opioid abuse. Motahari noted that Subsys has "done a decent job" of holding on to its roughly 30% share of the TIRF (transmucosal immediate-release fentanyl) market. He also pointed out reasons to believe that the worst was over, including the fact that Subsys is now included on several top-payer drug formularies.

Probably the most important question for Insys right now, however, is whether Subsys sales will stabilize in 2018. If they don't, there's probably no chance for the stock to continue its rebound. If the outlook improves, on the other hand, Insys could be in much better shape by the end of the year.

3. How quickly will Syndros gain momentum?

Insys launched its second product, Syndros, in August 2017. The cannabinoid is approved in the U.S. for treating anorexia associated with weight loss in patients with AIDS and nausea and vomiting associated with cancer chemotherapy in patients who didn't respond adequately to conventional treatments.

Another big question for the company is how quickly Syndros will gain momentum and become a significant contributor of revenue. Motahari acknowledged, as he has done in the past, that Insys expects a slow uptake. And while he said the company continues to think the drug could reach peak annual sales of around $200 million, Motahari admitted that additional indications would probably need to be approved for Syndros to get there.

4. Will the pipeline pay off?

Motahari expressed the most excitement at the J.P. Morgan conference in discussing Insys' pipeline. The biotech has two general platforms -- cannabinoids and sprays. Its cannabinoid program includes a cannabidiol (CBD) oral solution and Syndros. Insys is evaluating the CBD product in treating epilepsy, infantile spasms, and genetic disorder Prader Willi syndrome. The company's sprays in development include buprenorphine, naloxone, and epinephrine.

Insys committed last year to file for approval for at least one new product each year through 2021. In December, the company jumped its first hurdle in achieving that goal by submitting buprenorphine for FDA approval in treating acute pain. Motahari mentioned that Insys has spent over 50% of its revenue in recent years on research and development. Beginning later this year, we'll start to see if that investment in the pipeline will pay off.

5. What partnership deals will be made?

Perhaps the biggest news from Motahari's presentation was that Insys is pursuing partners for two products. He said Insys has "had a decent level of interest" from companies in Europe and in India to license commercialization rights to Syndros. Motahari also stated that Insys is looking for partners for its CBD oral solution in treating other indications beyond the ones it's already targeting. He added that there has been "quite a bit of interest" from other companies for the CBD product.

At this point, Insys isn't ready to provide more details on potential partnerships. Investors' questions are likely to go unanswered for a while. Motahari said he planned on providing an update later this year.

My answers and guesses

Although Insys didn't answer any of these questions at the J.P. Morgan conference, I have some guesses as to what will happen on each count. I expect that Insys will resolve the DOJ investigation sometime this year. My prediction is that Subsys sales will stabilize. But while I think Syndros will pick up some steam in 2018, there will still be a long way to go to reach the $200 million sales level.

My hunch is that buprenorphine will win FDA approval this year -- which would be a good start for having the pipeline pay off. As for partnerships, I wouldn't be surprised for Insys to land a licensing partner for both Syndros outside the U.S. and for its CBD product.

Perhaps the biggest unstated question is: How will Insys stock perform this year? I predicted in October that Insys could be the biggest comeback story of 2018. The rebound started earlier than I expected, but it also has begun to fizzle out somewhat. I still think Insys will outperform the market this year, though. But I think there will be other marijuana stocks that are even hotter in 2018.